For the first time, an American professional sports team has added to its lineup a Master Sommelier. 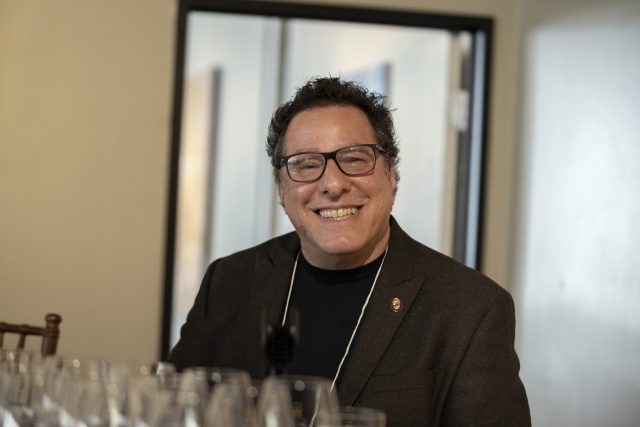 But industry veteran Evan Goldstein, just named to that position by the San Francisco Giants baseball team, will not be coming out of the dugout to pinch hit nor warming up in the bullpen as a 9th inning closer.

“His unique vision and passion for how wine and baseball can interact on multiple levels, inside and outside the ballpark, is exciting, and we look forward to the collaboration,” says Jason Pearl, Giants SVP and chief business development officer.

“Wine, like baseball, is an experience – it creates and impacts memories and brings people together,” said Goldstein. “Delicious wines can be mainstream and accessible, and as happy being alongside a hot dog as a premium steak. I am excited to collaborate with the Giants to create a new wine benchmark for sports entertainment.”

Goldstein, a noted wine author and wine industry consultant, notes that he will not be giving up his business practices. “No, I am not exiting either Full Circle or Master the World to engage with the Giants on this exciting endeavor,” he says, adding in the patois of his new assignment, “It’s simply more AB’s (at bats)!”

The Giants said the addition of a Master Sommelier to the organization will further elevate the existing wine program at Oracle Park. As part of the partnership, Goldstein will:

● Assist with the selection of wines featured, introducing fans to a variety of regions and
profiles.

● Curate wine-related experiential programs for the Giants community, such as wine country
field trips, member programming and other wine-related activations.

● Collaborate with current and former Giants players who are both involved in the wine industry
and/or have an interest in wine.

Goldstein, a lifelong Giants fan, passed the prestigious Master Sommeliers examination at age 26, just the eighth American to do so and the youngest ever at the time. He has also authored four books and is an internationally recognized authority and educator.

With the Giants currently under .500 in the won-lost column and only a 1.1% chance of making the playoffs, it does not look like Goldstein will be tasked with selecting a vintage Champagne this season with which to celebrate winning the World Series.