David C. Stewart MBE is set to celebrate his 60 year anniversary as malt master and master blender at Scottish whisky maker The Balvenie. 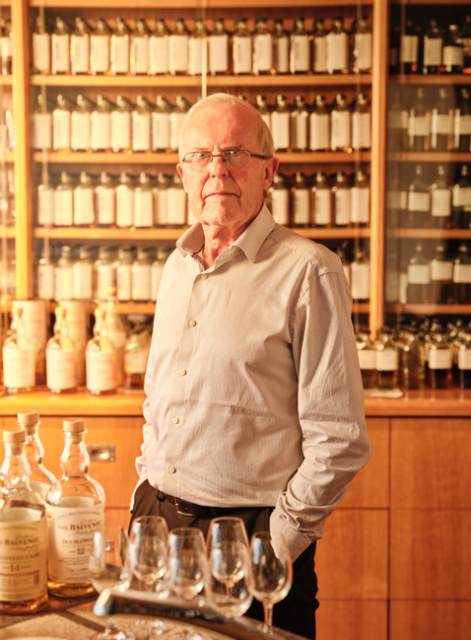 Stewart holds the title for the longest serving malt master in industry history, and fifth only for the brand since its inception in 1892.

Among other accolades, the whisky master was appointed a Member of the Most Excellent Order of The British Empire (MBE) and presented with the MBE medal on behalf of Her Majesty The Queen in 2016 for services to the Scotch whisky industry.

Stewart was born in Ayr, Scotland in 1945, and began his journey at family-owned, independent distillers William Grant & Sons in 1962 as a whisky stocks clerk. He achieved the title of master blender in 1974 after a 12-year journey.

Stewart said: “The Balvenie holds a special place in my heart, and I am proud to have spent the better half of my life working at the distillery. Whisky making is what I am passionate about, and I feel honoured to have been given the reigns to create and experiment over the past 60 years.”

As a Malt Master, Stewart oversees the creation of all whiskies for The Balvenie. He now oversees the work of apprentice malt master Kelsey McKechnie, who described her mentor as “a living whisky legend”.

Stewart added: “I enjoy passing my knowledge and stories onto Kelsey to continue building the legacy that makes The Balvenie what it is.”

Across the pond, the proposal from the Alcohol and Tobacco Tax and Trade Bureau (TTB) to amend the regulations surrounding the labelling of American single malt whiskey has been celebrated by the US spirits industry. Read more on that here.