Why a Penfolds Franco-Aussie wine blend is just the beginning

Behind the classic look of Penfolds is a brand that’s constantly innovating, with its impending release of an Aussie-Bordeaux wine blend being just one of several creative range extensions either recently-launched, or soon to come from the business… 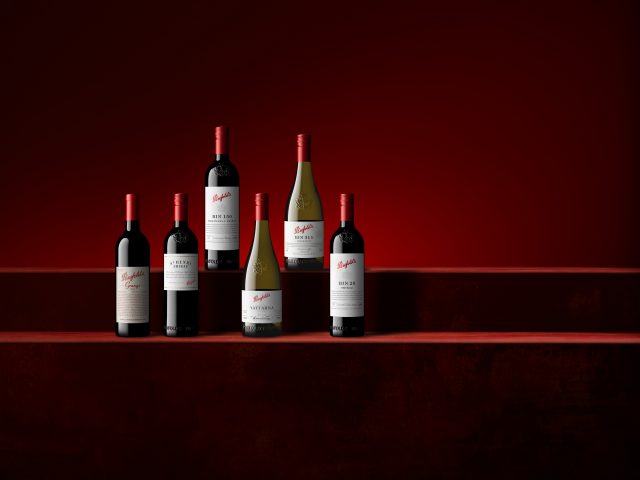 As reported last week by db, Penfolds, which is only two-years shy of its 180th anniversary, has announced the launch of a wine from the 2019 vintage that blends Cabernet and Merlot from Bordeaux with Shiraz from South Australia.

Called Penfolds II Cabernet Shiraz Merlot 2019, it has been made following Penfolds’ tie-up with the Thienot Group to make a Penfolds Champagne – launched in 2019 – a partnership that has been extended to allow the Australian brand to make French wine, because Thienot, originally a Champagne house, owns Dourthe in Bordeaux (Thiénot took a major stake in CVBG Dourthe-Kressmann in 2007).

While clearly delighted with the fruits of this Aussie-Franco union, it has been far from easy to craft, according to Penfolds chief winemaker Peter Gago. Speaking about the new wine in London last month, he said it had been a “logistical nightmare” shipping a container of the French wine to Australia, where it was blended with South Australian Shiraz from the same vintage – which, due to the latter’s location in the southern hemisphere, was six months older than the Bordeaux.

But, such a wine, he added, forms part of Penfolds aim to make wines from around the world in its “house style”, which Gago said was about “ripe tannins from the start”, something achieved by taking the red grapes off the skins early during fermentation, before adding that he “really means is off the seeds early, because you are in an alcoholic environment, and ethanol is one of the best solvents known to man, so it can leach out lesser phenolics from the seeds, which we want to avoid.”

In short, such a wine, and the other launch as part of next month’s annual ‘Collection’ release – a Bordeaux blend called Penfolds FWT (standing for French Winemaking Trial) – are a way of boosting the Australian brand’s offer while retaining its character.

As Gago says of the Penfolds wines from Bordeaux, as well as elsewhere, “it is done through the Penfolds lens: we are not saying the wine is better, but done in the Penfolds way.”

But this is just the start of Penfolds expansion into new territories, and the obvious, in my mind, would be for this Shiraz specialist to have a tie-up in the Northern Rhône, as the spiritual home of fine Shiraz, of course known as Syrah in France.

And, when asked about this as a possibility when he was in the UK last month, Gago told db that this is coming, with a “project with the Rhône Valley,” which he added, could “only be in one place”, which, one assumes, is the pinnacle of Syrah-making in this part of France: Hermitage.

Also in the pipeline, but already-announced, is the Penfolds China project, which, it is rumoured, won’t just see the wine business – owned by Treasury Wine Estates – making wine in China, but buying vineyards there too (which will require a joint-venture partner).

As reported by db last month, Penfolds will be releasing a red blend featuring Cabernet Sauvignon sourced from the Ningxia region of northern China. Set to retail for around AUD30-50 a bottle, this will start with “a modest allocation”, following a winemaking “trial”, set to be released domestically in China in late 2022.

And this follows other innovations for the Chinese market in mind – one where Penfolds has lost so much business for its Australian wines due to the tariff’s crisis (once 40% of its earnings) – such as a baijiu-fortified Shiraz, as well as, four years ago, a 28-year-old, AUD$425 Penfolds brandy.

Then there is another innovation, in the form of Penfolds ‘Superblends’, which were first unveiled last year and comprise an 802A and 802B, which are Cabernet/Shiraz blends made with slightly different barrel finishes and inspired, in name at least, by the ‘Super Tuscans’ of Italy.

As for other countries, there’s the US – where Penfolds has made a four-strong California Collection, released last year, two of them including small quantities of South Australia Shiraz in the blends.

This link with the US – which dates back to 1988, when Penfolds took a stake in California’s Geyser Peak – will soon be further cemented when, Gago also told db, the brand releases a wine from the US made using cuttings of Shiraz taken from Penfolds’ Kalimna property in Barossa that were planted in Napa’s Calistoga sub-region in 1998. He commented that an inaugural 2018 vintage using fruit from these vines is “close to release”.

And that’s not all. Some of Penfolds most surprising additions concern fine wines made by blending across vintages, rather than continents.

As for a future addition to a special blended Grange, well, that will come with the same approach being taken to the white wine equivalent of this flagship Penfolds red: Yattarna Chardonnay.

So, the Yattarna Chardonnay is soon to be blended too, Gago told db, with Penfolds planning to unveil the V5 Chardonnay – incorporating five vintages of Yattarna: ‘11,’12, ‘14, ‘16 and the yet to be released ’21 Yattarna, with Gago comparing the concept to a prestige cuvée multi-vintage Champagne.

Finally, as already reported on by db, Penfolds is not only expanding its global footprint into new wine regions, fizz, and spirits, but beyond alcoholic drinks altogether, as the brand looks to “venture beyond” fine wine to become “global luxury icon”.

In the meantime, for those of you who find all the numbers and letters in the ever-expanding Penfolds range of wines confusing, Gago made this good point when he was in London for the launch of the French wines.

Noting that Yattarna is Bin 144, and Grange Bin 95, he said, “Bin numbers are really handy when you have so many wines, because it’s hard to keep coming up with original names.”

Certainly it would be a task to assign an original name to every launch, and probably no less confusing for the consumer, such is the extent of the Penfolds range today. Indeed, this is portfolio of wines that’s testament to a creative, and open-minded approach, and one that belies the brand’s classic look.