Online spirits retailer Caskshare has launched a new blended malt whisky to mark the end of Boris Johnson’s tenure as Prime Minister, with a name that is sure to leave whisky lovers and UK voters polarised. 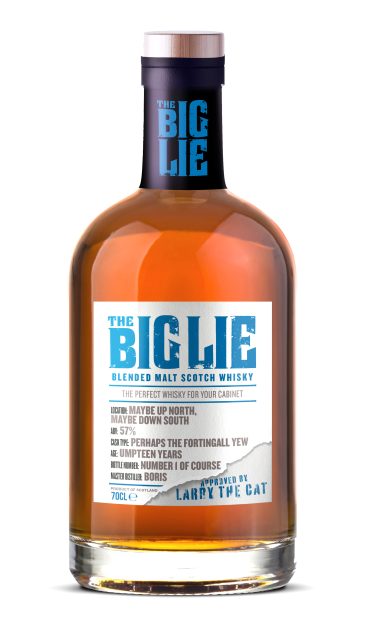 The online cask spirits retailer claims the launch is a “tongue in cheek” release to mark the end of Boris Johnson’s time in Downing Street.

Customers can pre-order exclusively on Caskshare.com to ensure they receive a bottle in time for Boris’s departure.

According to a press release put out by the retailer: “The Big Lie will have an abundantly fruity nose and is packed with ‘party gate’ flavours including champagne, cheese and finishing with red wine.”

It’s not just online whisky retailers who are discussing what to drink to mark the Prime Minister’s resignation. On the day Boris Johnson announced he was stepping down, UK voters took to Twitter to discuss the perfect tipple for the occasion.

Which wine will YOU pair with Boris Johnson’s resignation?

Wine writer Sarah Phillips took to the social media outlet to ask friends and followers what wine they would pair with the resignation, and was met with some imaginative responses.

“Old port: because it has a reeaalllly long finish, but it does go eventually,” was one response, while other Twitter users cited the Partygate scandal’s “suitcase” of Champagne as the perfect pairing.

Earlier this month, we reported that the Downing Street limbo was throwing retailers into disarray, as consumers became unsure of how much to tighten their belts. Read more on how the resignation affected the industry here.