According to the annual South African Wine Harvest Report, the country’s 2022 grape crop is smaller than last year, with Stellenbosch proving an exception. 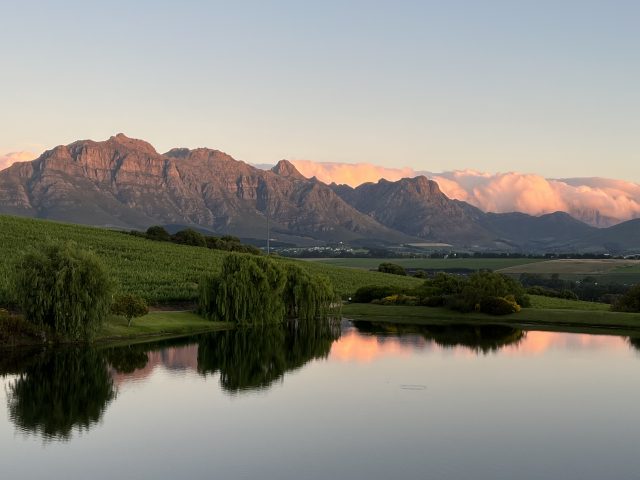 A largely cool season and moderate weather conditions led to slower-than-usual ripening in most of South Africa’s wine-producing regions this year and harvest delays of 10 to 14 days. However, producers say this has resulted in “stunning flavour and colour” in its wines.

“Wine lovers are in for a treat when buying wines from the 2022 vintage,” says Conrad Schutte, consultation service manager for Vinpro. “We’re really seeing striking colour and flavour extraction from grapes in the cellar, thanks to a cooler season that slowed down ripening and provided the opportunity for these components to develop optimally.”

A decline in vineyard area due to the uprooting of vines, disease pressure and occasional sunburn to plants as a result of heatwaves in some areas have been pinpointed as having contributed to the reduced harvest.

Most South African regions yielded a smaller crop, with the notable exceptions of the Cape South Coast and Stellenbosch, which fared better.

In Stellenbosch, the 2022 crop is expected to be even bigger than its 2021 vintage, thanks to “ideal winter conditions” supplementing water reserves and contributing to even growth. Similarly, in the Cape South Coast, ample rainfall laid the foundations for an “exceptional season”, says the harvest report, though some producers did have to address fungal pressure as a result of this.

South Africa’s total wine production for 2022 – including grape juice and concentrate for non-alcoholic purposes, wine for brandy and distilling wine – is expected to amount to 1072. 4 million litres; good news for global export markets which are thirstily snapping up the country’s Sauvignon Blanc and Chardonnay in particular.

“Despite harvest 2022 being slightly more challenging for our winemakers, we have already had the opportunity to taste some of the first releases of white wines, which have shown superb quality and are likely to aid the premiumisation of the category,” says Siobhan Thompson, CEO of Wines of South Africa.