Sotheby’s to hold the first dedicated Moutai sale in London 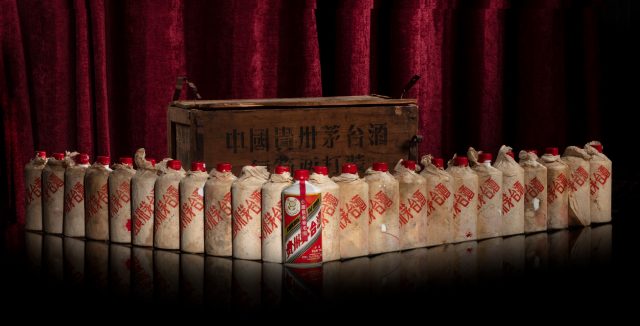 The sale, named “Vintage Moutai | Spirit of China” offers 12 lots with a combined estimated value in the region of £300,000.

The other 11 single bottles of Kweichow Moutai, all from the early 1970s, are in remarkable condition for their age and are still wrapped in their original tissue paper.

The demand for Moutai has been on the rise globally in recent years. In June 2021, Sotheby’s sold 24 bottles of “Sun Flower” Kweichow Moutai 1974 for £1 million in London, which realised the highest price for a single lot of Moutai outside of China and also the most valuable Moutai lot the auction house had offered to date.

The current online sale showcases some of the rarest bottles of Kweichow Moutai ever offered for auction outside of Asia, all of which come with traceable provenance.

The bottles were originally purchased by Chef Tso, who was born in Kiangsu, a city near Nanjing, before moving first to Shanghai, and then Hong Kong, and subsequently in 1958, at the age of 29, to Brazil.

In São Paulo he worked at three of the biggest Chinese restaurants in the city, becoming the highest-paid Chinese chef during this time. He then moved to Belo Horizonte, the capital city of south-eastern Brazil’s Minas Gerais state, and became the operator of Yun Ton Restaurant.

The sale is open from now until 12 May. Click here for more information.