Nearly one in five Brits (19%) view being invited for a glass of wine by their neighbours as a sign of being welcomed into the community. 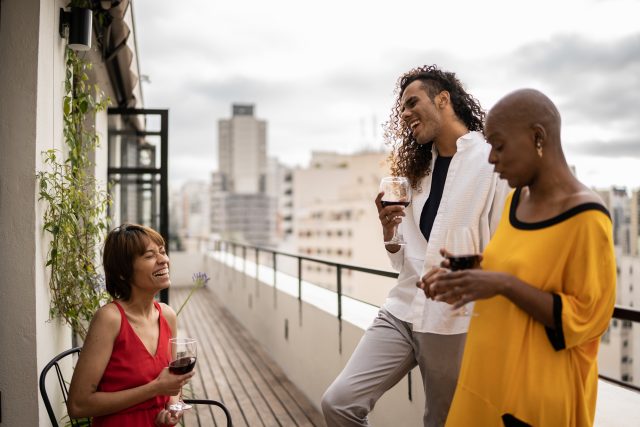 New research released by Barefoot Wine has revealed that half of the nation 46% considers getting to know the neighbours to be one of the best things about living somewhere new and, based on the findings, wants to encourage communities to come together and celebrate as part of its Colourful Community campaign.

Conducting a deep dive into community life, the study revealed how it takes an average of five months to feel part of a community and yet one of the top ways to make the first move when new to a neighbourhood include inviting neighbours over for a glass of wine (30%) or buying your neighbour a bottle of wine (20%).

After moving house, 51% usually wait for others to make the first move before getting to know them, while a quarter admit they are usually the ones to do it. However, the data revealed that the average adult considers three months after moving as an acceptable timeframe for a wine date.

With nearly one in five viewing being invited for a spontaneous glass of wine as a sign of being welcomed into the community and the top reasons for enjoying a glass with a neighbour being birthday parties (18%), when then sun is shining (16%) and weekend get togethers (16%), Barefoot Wine wants to encourage communities to come together and celebrate each other.

A spokesperson for Barefoot Wine, said: “The signs you have been ‘accepted’ have been rather amusing and relatable too, and great to see so many of us bonding over a glass of vino or two.”