Our Bordeaux correspondent Colin Hay gives his verdict on the wines of St Julien in his appellation-by-appellation run through of this year’s en primeur campaign. He argues that, as in 2020, the appellation is more homogeneous than most in a vintage characterised by significant heterogeneity. 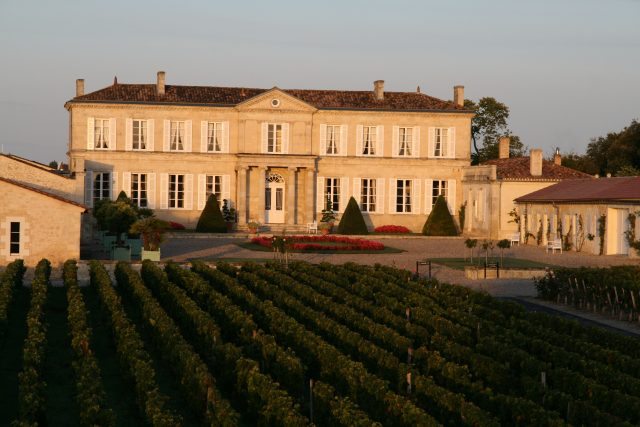 I began my profile of St Julien in 2020 by suggesting that the appellation was more homogeneous than most in a vintage characterised by significant heterogeneity. This, I explained, was not because St Julien was particularly advantaged by the characteristics of the vintage, “but simply because the quality of its terroir is more even”.

That is very close to my impression in the yet more heterogenous 2021 vintage too, with one slight but still significant caveat.

St Julien, to be clear, was hardly spared the multiple meteorological challenges of this most traumatic of vintages in the vineyard. But its relative proximity to the river reduced its exposure to frost and the capacity and reactivity of its (typically sizeable) vineyard teams reduced somewhat the damage inflicted by mildew. The trauma, in other words, was partially tempered.

But that is perhaps to tell only half of the story here. For, as in all of the other leading Médoc appellations, economically just as important was the ultra-strict selection for the grands vins in 2021.

Most of the leading wines here contain a lot less Merlot than would usually be the case. And, to be clear, that it the product of selection much more than it is the result of the losses suffered in the vineyards themselves. Ducru Beaucaillou is a whopping 98% Cabernet Sauvignon; Gruaud Larose, Lagrange and Léoville Barton are all 84% Cabernet Sauvignon; and Léoville Las Cases is 95% Cabernet Sauvignon and Franc combined. The resulting wines are all fabulous; but to sacrifice the Merlot in this way does not come cheap. It is likely to pose an interesting further challenge when it comes to deciding upon release price strategies.

But through a combination of top terroir, capacity and reactivity in the vineyard and strict selection (and the willingness and/or capacity to absorb it financially), St Julien has produced a series of fantastic Cabernet-dominated wines in 2021.

Relative to Margaux, I suspect, the critics will be more aligned, both in their overall assessment of the appellation and in their identification of it star performers (and, indeed, their relative place in the Médoc firmament too). As a consequence, I can perhaps be more parsimonious in my commentary.

In a way, other than the brilliance of the wines in a most challenging vintage, there are few surprises. Léoville Las Cases is, once again for me, the wine of the appellation. It is sometimes difficult to appreciate en primeur – not least because it typically has more of its life ahead of it than practically any other Bordeaux superstar when tasted en primeur. But in 2021, its ethereal beauty is already very evident. It is the very epitome of cool vintage Cabernet classicism and it is one of the stars of the vintage. It is, for me at least, the only wine of the appellation capable of challenging the first growths.

Perhaps more surprising, to some at least, is the fabulous performance of Gruaud Larose in this vintage. To be honest, this is less surprising to me that it is the confirmation of a still relatively recently established trend. Along with Durfort Vivens in Margaux, Gruaud Larose is for me the most improved wine of the entire Médoc. In 2021 it comes close – even closer than it did in 2020 – to challenging Las Cases as the wine of the appellation.

Ducru Beaucaillou, too, has made a predictably excellent wine. With the highest ever proportion of Cabernet Sauvignon in the blend it is one of the very few whose grand vin has seemingly escaped the challenges of the vintage. Even if its atypical assemblage might help us to pick it out of a vertical at some point in the future, it is a wine that might otherwise be difficult to pick as coming from this vintage.

The ‘other’ Léovilles – Barton and Poyferré are also very good indeed. Léoville Barton is, in my view, the stronger of the two, perhaps because Merlot is rather more central to the personality of Poyferré than its near neighbour. Langoa Barton, too, has put in a very good showing in a vintage which, tragically, brought with it the passing of the incomparable Anthony Barton. It is wonderful to think of toasting his memory in years to come with either of his final creations.

Talbot, too, impressed me massively. It is very close in quality to where Gruaud Larose used to be (and is made, these days, in a not entirely different style). Excellent progress continues here and, indeed, at Lagrange, Gloria and St-Pierre.

In short, there are plenty of highlights amongst the St Julien grand vins – even if one sometimes has the impression that this has come at the expense of the second wines .