Vladimir Putin fears his next drink might be poisoned

Russian President Vladimir Putin has suspicions that any drink that passes his lips may be poisoned, according to reports. 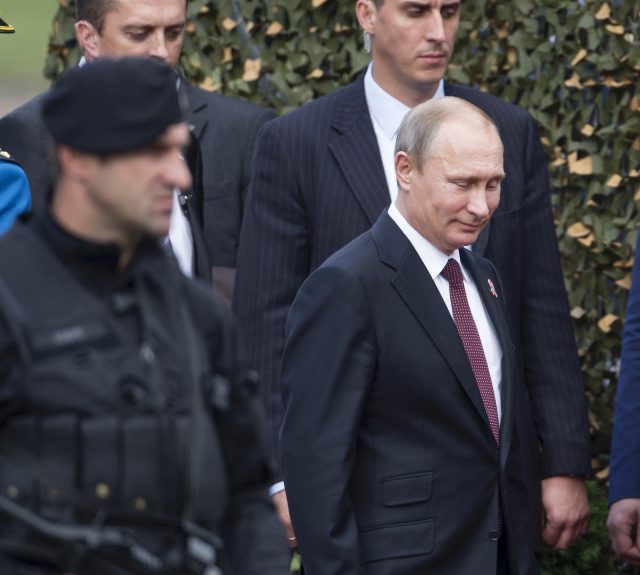 The Russian President reportedly replaced around 1,000 personal members of staff last month over fears that they would poison him, with many within the Kremlin plotting against his demise since the war with Ukraine.

According to The Daily Beast citing a Russian government source, Putin has all his drinks, alcoholic or non-alcoholic and especially those that are gifted, tested for poison prior to consumption. It additionally reported that an operative for France’s general directorate for external security unveiled that carrying out an attempted assassination of Putin “is on every intelligence agency’s design table”.

“The attempt will be from within the Kremlin,” the operative added. “Russian intelligence is likely the only one left that deploys poison as a default” to assassinate people.

Poison as a killing tool is not unheard of in Russia. Back in 2020, the Kremlin critic Alexai Navalny was poisoned with the Soviet-era nerve agent Novichok in what was reported as an attack ordered by Putin himself.

The Russian President has, however, always been paranoid about such tactics being used back on him and has huge suspicions about his food and drinks being spiked. Back in 2018, UFC star Conor McGregor gifted Putin the “very first bottle” of Proper Twelve Irish whiskey, but it was whisked away to be tested for poison, even back then with the UFC star stating: “President Putin’s security detail is second to none as I’m sure you know, you don’t mess around with Vladimir…they had to take the liquid from the bottle to make sure the liquid was safe and it was not maybe poisoned or what not and then it was gifted to Vladimir Putin.”

Among those recently sacked on suspicion of mistrust reportedly included bodyguards, cooks, launderers, and secretaries.

According to the Mirror, a plot to ‘poison’ Vladimir Putin and frame it as an accident has already been hatched by Moscow’s elite in an attempt to allegedly start planning to remove the president from office, lining up Alexander Bortnikov, director of the Federal Security Service (FSB) as a successor.

The chief directorate of intelligence in Ukraine told the paper: “It is known that Bortnikov and some other influential representatives of the Russian elite are considering various options to remove Putin from power. In particular, poisoning, sudden disease, or any other coincidence is not excluded”.

Putin, who one might think his favourite drink would be vodka, is actually not much of a drinker and often, it has been reported, empties his drinks into flower pots. However it is known that he developed a taste for beer when he visited Germany and now that is his alcoholic drink of choice and otherwise he only drinks kefir which many have cited he enjoys after his morning swim.

As the war ranges on and tensions rise, it is becoming more widely reported that Putin’s downfall will likely come at the hands of insiders who are opposed to his war crimes and, as such, drinks including beers, whiskies, vodkas, wines and even soft drinks will reportedly continue to be tested by his security staff before they are consumed.