The UK is to remove the “crippling” 25% tariffs on US whiskey imports in June, after the two countries resolved their ongoing trade spat over steel and aluminium imports. 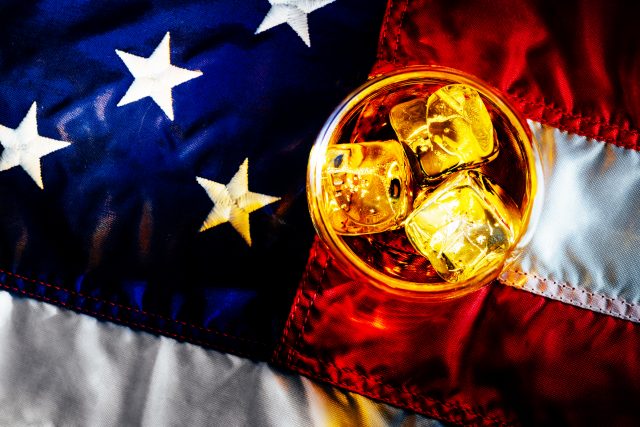 It follows two months of talk between the two allies, culminated in the US Commerce Secretary Raimondo announcing the resumption of tariff free access for UK steel and aluminium exporters to the US, and the UK Trade minister confirming the removal of tariffs on whiskey to the UK.

The new measures will come into effect on 1 June, when the US will replace the 25% tariffs on steel with a new quota system.

The spat started in 2018 when former US President Trump slapped a 25% tariff on steel shipments and 15% tax on aluminium imports citing ‘national security’ grounds’ and the need to preserve America’s manufacturing base. The EU and UK retaliated by imposing 25% tariffs on American whiskey and bourbon imports, Levi jeans and US-made motorbikes.

The tariffs were due to be doubled to 50% in June 2021, however the two sides suspended the hike in order to buy time for a resolution and “reboot transatlantic relations”. The EU suspended the tariffs in October 2021 for two years, but the UK did not follow suit.

At the time, the Distilled Spirits Council (DISCUS) said American whiskey exports to the EU had plunged 37% between 2018-20, down from $702 million to $440 million.

The latest stats show that US whiskey exports to the UK – America’s fourth largest market for American whiskeys – fell by 42% since the tariffs were imposed,  down from $150 million in 2018 to $88 million 2021.

DISCUS’s president and CEO Chris Swonger said that distillers throughout the United States would be cheering the end of this long tariff “nightmare”. He toasted the Biden administration for resolving the issues and restoring duty-free trade in spirits across the Atlantic, saying that it had made it resetting the relationship with the EU and UK, two of itsmost important allies and trading partners, a “priority”.

“With the removal of the UK’s debilitating retaliatory tariffs on American Whiskey exports, US distillers are ready to fire up the stills and resume sharing the special taste, heritage and quality of America’s native spirit with our UK consumers,” he said.

“The successful resolution of two separate and complicated trade disputes that saddled distilled spirits on both sides of the Atlantic with tariffs could not have been possible without the strong leadership of Secretary Raimondo, Ambassador Tai and their teams at the Departments of Commerce and Office of the United States Trade Representative.”

Miles Beale, chief executive of The Wine and Spirit Trade Association, also welcomed the news, saying it would provide great encouragement to UK spirits importers, and be a significant boost to the UK hospitality industry as it recovers from the pandemic.

With UK inflation soaring to 6.2%, it would be welcome news for businesses and consumers as costs continued to feel a squeeze, the WSTA added.

“British drinkers will once again have a wider selection of world-class whiskies to choose from and lifting tariffs will encourage greater investment in the UK spirits industry by the US,” he said.

Analysis: How trade tariffs have affected wine and spirits

EU drops tariffs on US whiskey but UK barriers remains