The Consortium for Bolgheri DOC and Bolgheri Sassicaia DOC wines has succeeded in stopping Domaine Boyar from registering the “Bolgarè” brand with the European trademark office. 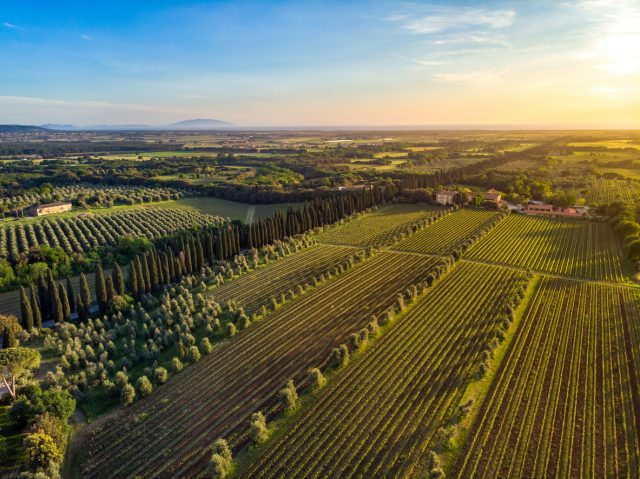 Bulgarian company Domaine Boyar had attempted to register the name “Bolgarè” for its wines in 2017, but representatives from the Bolgheri appellation (located on the Tuscan coast, south of Livorno) argued that evoking the name of the Italian DOC was a serious infringement.

The decision to favour the Italians was finally reached on 21 March 2022, and made public this week.

Thwarted producer Domaine Boyar explains on its website that “Bolgarè” was the Thracian term for Bulgarians when the Thracians historically settled on what would eventually become Bulgaria.

“The choice of name was made to leave no doubt of its origin,” the winery states. Boyar’s wines blend indigenous and non-indigenous varieties, such as Melnik and Pinot Noir, though they also sell single varietal wines under the Bolgarè label.

By contrast, the Bolgheri region rose to fame as the cradle of the “Super Tuscans”, with producers such as Ornellaia making wines in the Bordeaux-style. Bolgheri was designated as a DOC in 1983 and in 2013, after decades of being recognised as a subzone, Bolgheri Sassicaia DOC was deemed a separate appellation.

Paolo De Castro, chair of the European Parliament’s Committee on Agricultural and Rural Development, and Simona Bonafè, a member of the parliament, argued that it was a critical victory for the European protection system.

They went on to call Bolgarè’s efforts “a clear attempt at commercial usurpation”, adding that the Bolgarè brand is “clearly evocative of Bolgheri DOC, but has nothing to do with wines that are considered among the best in the world”.

Gian Marco Centinaio, former Italian state secretary for Agriculture celebrated the verdict. According to Italian publication Wine News, he described the attempt to trademark Bolgarè as representing “a threat not only to Italian products, but to the entire European system of denominations… the strong similarity of the two names was highlighted with the consequent risk for the consumer to mistakenly associate the Italian denomination with the Bulgarian brand.”

This is not the first time tensions have flared between Italian and Balkan winemakers over naming rights – Croatian Prošek wine was accused of capitalising on the international success of Prosecco.