Sotheby’s is to offer historic wines that date back to 1936 from the cellars of Lynch-Bages as part of a celebration of the inauguration of the historic Bordeaux estate’s new winery, it has announced. 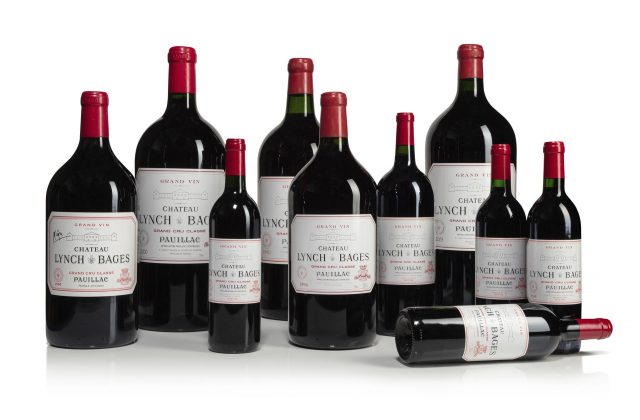 Wines from the famed Pauillac estate will be offered at the auction, along with wines from other properties owned by the estate’s owners, the Cazes family, including Château Haut-Batailley, Château Ormes de Pez, Domaine des Sénéchaux, Domaine de L’Ostal, and Roquette & Cazes.

A highlight of the auction is a bespoke en primeur barrel of the inaugural 2020 vintage – the first vintage to be completed in the new state-of-the-art winery designed by Chien Chung (Didi) Pei. This will be offered as a combined lot with an dining experience at Lynch-Bages with the Cazes family and a stay overnight at the Château Cordeillan-Bages property (estimate: £25,000-£30,000) Other exclusive experiences include a bespoke Viniv Barrel & Blending Experience (est: £7,000-11,000),

The combined estimate of the dedicated sale is in the region of £500,000, Sotheby’s said.

George Lacey, head of UK auction sales, Sotheby’s Wine, said the sale celebrated “the phenomenal achievements” of the Cazes family, who had owned Château Lynch-Bages since 1939 and made an “outstanding contribution to the qualitative and technological advancements that have heralded a new age in Bordeaux in recent decades”.

“The huge following that Lynch-Bages has attained stands as a credit to the truly international approach taken by the Cazes family and their team, to connect in person with their collectors worldwide, long before it was fashionable elsewhere in the Médoc,” he said.

Jean-Charles Cazes said that the family were very happy to share a piece of Lynch-Bages history in its collaboration with Sotheby’s.  “Drinking wine sets your mind on a journey back in time,” he said. “Wine bottles are like Aladdin’s lamp: pulling the cork frees the genie from its bottle and calls forth players from a forgotten world.”

“We hope they will bring much joy to all the fine wine lovers who will have the pleasure to drink them,” he added.

The Four Centuries Of Progress, a celebration of Lynch-Bages direct from the château sale will open for bidding on 11 March and culminate in a live auction in London on 25 March.

The vineyards of Lynch-Bages, which overlooks the Gironde estuary, had been awarded Grand Cru Classé status as part of the prestigious 1855 Classification but it was not until the arrival of winemaker Jean-Charles Cazes, and his powerful, late-harvested wines, in 1934 that the meteoric rise of the estate began. The Cazes family acquired it from the Lynch family (originally from Ireland) in 1939, and by 1945 had established its reputation as a top-quality producer after a series of exceptional vintages.

Its distinctive character of Lynch-Bages has earned it a place among Pauillac’s greatest wines.