The price of some major releases of Scotch have risen drastically in recent years, fuelled by the secondary markets and international demand. Where is this leaving the domestic on-trade – is Scotch pricing itself out of the UK market? 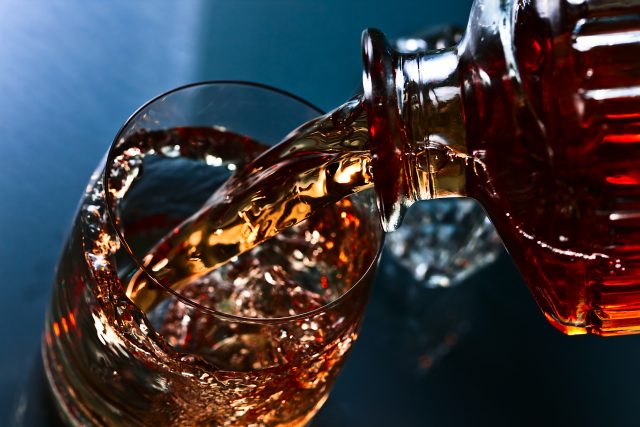 Before 2018, a bottle of whisky had not made more than six figures at auction, however, last autumn the record stood at £1.45 million, and continues to rise, whisky consultant and broker Mark Littler previously told the drinks business. This, he argued has marked a perception shift in both the market and within distilleries that has led them to increasingly targeting collectors rather than drinkers. This can be reflected in the increase of limited release rebottlings of older vintages, particularly those packed in luxurious one-off decanters.

Meanwhile, whisky distilleries have increasingly focussed on catering to private clients and high net worth collectors, through rare releases and high profile collaborations. For example, in recent years there have been partnerships between Macallan and luxury crystal decanter manufacturer Lalique, Glenturret teaming up with Jaguar to release a 60th anniversary whisky for the Jaguar E-Type, and Bowmore collaborating with Aston Martin on the Bowmore DB5. Last months the Macallan released The Reach, its oldest ever whisky expression, an 81-year-old single malt distilled in 1940, of which there are only 288 decanters available, each retailing for £92,000.

Jen Baernreuther, on-trade commercial director, Speciality Drinks Group, said that these developments were having a knock-on effect on the on-trade.

Speaking to the drinks business recently, she argued that historically, the on-trade has always been a very important vehicle for building brands and there is still a huge affiliation for the most prestigious and well-known Scotch brands in traditional styles of account – luxury 5-star hotels, high end restaurants and private members clubs. However, she warned that as demand for traditional and higher age statement whisky continues to boom, the on-trade needs to talk about how that translates to selling spirits in that channel.

“The appetite and demand for the higher end product has become off the scale and that’s not just in on-trade, it’s been accelerating by the secondary market and value,” she said. “It’s crazy, what it is doing.”

She warned that there was only a perceived value that a liquid can ever deliver in a glass.

“Historically, we had old bottles of £40k, £50k, £60k in the on-trade as you have someone coming in who can drink it for the status, the rarity and because they are really wealthy and it’s not that much to them. However, what we’re finding it, with the launch of whiskies such as Yamazaki 55 or the new expressions of Macallan like The Reach, the price is becoming increasingly inhibitive for the bar to have that confidence to open that bottle and be able to sell it through,” she explained.

Added to this is the impact of the pandemic on global travel that has made it far harder for super-rich visitors from the US, China and the Middle East to holiday in the UK and splash out on those drams. Although this situation is likely to be reversed now that borders are opening up again, the danger remains that the rising prices in other markets means there may be relatively little ultra-premium Scotch available for the top end on- trade in the UK, resulting in an almost constant management of allocation.

However, the situation is opening up opportunities for some of the more established new world whiskies on the market who make a more traditional style of whiskies – Baernreuther points to Taiwan’s Kavalan, with its strong brand and  taste profile and maturity that is similar to  Macallan, as well as India’s Amrut, and whiskies from The Lakes Distillery – to step in.

“These could be a great substitute for Scotch whisky brands that have now become more difficult to obtain at an age-statement level at a decent price,” she says. “What you get pound for pound is wildly different – that’s where some of the new world whiskies that do have aged stocks and have wonderful liquid can deliver real value by being able to serve someone a great dram in a hotel bar.”

But for Scotland’s super-premium brands to maintain credibility, there needs to be a balance, in which those bottles remain available on the back bars of prestigious accounts.

“If you were to walk into the Dorchester, and there was only new world whisky on the back bar, what would you think?” she asked.

For more on the potential of international whisk(ey) see our March issue for our upcoming whisky feature.