How Scotch made its mark on the secondary market

When Liv-ex issued its regular round-up of its most traded items on 14 January this year, the usual suspects were front and centre: Rousseau Chambertin-Clos de Bèze, Cristal, Guigal, DRC… and a 45-year-old single malt whisky from Dalmore. 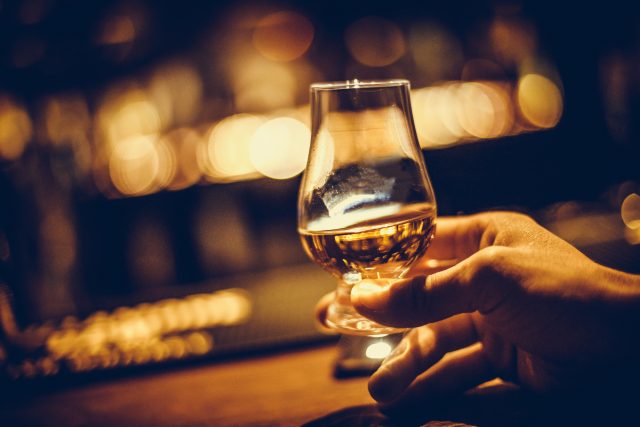 Rare and collectable Scotch has been hitting the headlines for a while now, with auction records smashed on a regular basis – particularly in 2018, when a number of bottles of 60-year-old Macallan from 1926 came under the hammer. We had the first million-dollar whisky at auction and then, within a matter of months, the first million-pound bottle.

Whisky is now a staple of the auction scene. In 2021, spirits accounted for 16% of total auction revenues for Sotheby’s wine and spirits, including single owner sales for Macallan and Dalmore. Such specialist whisky auctions would have been unthinkable for the company only a few years ago.

Despite this, Scotch has been barely a blip on the radar of Liv-ex – hence the noteworthy nature of that Dalmore 45 announcement – simply because the secondary market for whisky is such a tiny drop in the vast ocean of annual fine wine sales. Headline-grabbing auction prices? Yes. Trading in significant volume? No.

“The whisky market is an illiquid, specialist market dominated by single cask releases, making it challenging to trade on the secondary market,” Liv-ex says. “This makes pricing for those involved a considerable challenge.”

The first Scotch whiskies – Macallan and Royal Salute – traded on Liv-ex in 2016 and, since then, the value of trade has increased by a factor of 26. In 2021, total trade in Scotch was greater than in the previous five years combined, and this growth has continued into 2022, Liv-ex says: “Year-to-date, the value of Scotch traded is already 78% of the total value traded in 2021. However, volumes are relatively flat, pointing to higher-value, lower-volume transactions, typically in single-bottle format.”

As trade has increased, it has also diversified. In 2020, only nine Scotch whiskies, as measured by Liv-ex’s LWIN7 classification, were traded; but that figure rose to 23 in 2021. In 2022 so far, Glenfarclas is the most traded Scotch whisky by value, followed by Dalmore, Springbank, Glenmorangie, Ardbeg and Bowmore – but firm conclusions are hard to draw from such a small-volume market.

This is especially apparent when looking at the regional breakdown of whisky trades on Liv-ex: while Speyside accounted for more than 90% of trades during 2021, that figure has fallen below 44% in 2022 so far, with the Highlands and Campbeltown both increasing their share, to 40.2% and 12.4% respectively.

For a clearer picture of trends in rare Scotch, it’s necessary to turn to a more specialist data gatherer, such as analyst and broker Rare Whisky 101, which has compiled a number of indices based on UK auction sales since 2014.

The company’s broadest measure of the market, the Apex 1000 index, rose 7% during 2019 and 2020, but was up by 13% in 2021, reports Rare Whisky 101 co-founder Andy Simpson. “We’ve seen more stock hitting the market,” he says, “but it’s selling more often and for more money. Demand is still outstripping supply in most of the market.”

There’s been a clear recovery during 2021 after Covid-affected 2020, but recent growth rates have been nothing like as dramatic as in the 2016-18 period, when the Apex 1000 rose by 27.5-38.4% on an annual basis. This was a time when rare whisky was widely perceived to be under-priced, and Simpson doesn’t expect history to repeat itself any time soon.

As the market continues to expand and diversify, the broader pattern of uninterrupted growth is becoming undercut by anecdotal evidence of less positive developments. Simpson reports “some stress” in bottles priced above £5,000, and Rare Whisky 101’s Vintage 50 Index – charting the performance of 50 of the rarest and oldest single malts ever produced – has been essentially flat since October 2019.

It’s hard to draw general conclusions from individual examples, but a bottle of Springbank 1919 – one of only 24 released – was sold online by Whisky Auctioneer in February 2020 for £180,000; when the same bottle came up for auction in January this year, it fetched only £120,000. In a similar fashion, there are reports of recent rare Macallan releases selling at auction for less than their retail price, although they have since recovered.

Such developments make it all the more vital that collectors and investors – especially those new to whisky – do their homework and put aside the assumption that anything rare will inevitably rise in value. As the market for rare and collectable Scotch whisky continues to expand and diversify, it’s also becoming increasingly nuanced and complex.