Asti Spumante in jeopardy due to Russia-Ukraine war

The Russia-Ukraine war threatens to cripple Italy’s producer of Asti Spumante, with sales of millions of bottles now at risk. 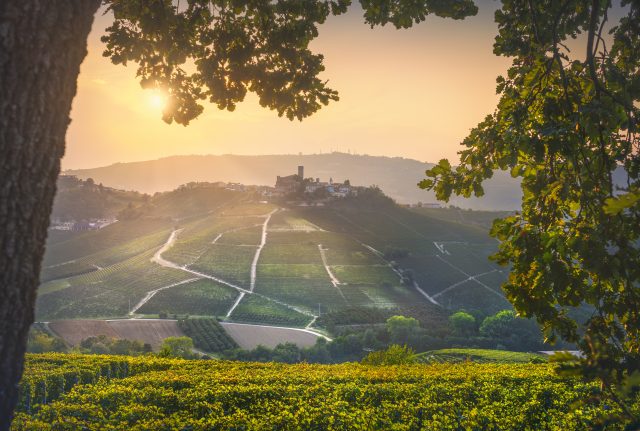 The fizz, which is a favourite in Russia, has vineyards among the hills of Langhe region and is reportedly in need of a new market.

Italy, as the leading supplier of wine to Russia and Ukraine, is already suffering a fallout from Russia’s invasion.

Marco Dogliotti, whose father owns the vineyard in Castiglione Tinella, near Turin in northern Italy, revealed: “Since 2017, we have exported some 4,000 bottles a year to Ukraine, 80% of which was Asti Spumante, with a good turnover,” he told AFP and added that the war has “hit us hard” and “unfortunately this market, which was booming in 2021, is now totally lost.”

Dogliotti explained: “The day of the invasion, our importers were calm, they didn’t imagine it would be a disaster. But the next day they fled”.

Founded in the 1940s by Dogliotti’s grandfather, the company reportedly exports almost 40% of its wine. As well as the spumante, it also produces Muscat and Barbera on its 25 hectares.

However, Dogliotti pointed out that the Ukraine conflict is now forcing the winery to speed up and widen his search for new buyers, from Australia to Japan or Nigeria.

Back in 2021, production of sweet Asti Spumante in Piedmont was up 12%, with over a quarter of bottles exported going to Russia and Ukraine.

Flavio Scagliola, vice-president of the Asti DOCG consortium pointed out that the decline in sales to these markets could have a detrimental impact on many winery’s futures and added: “We hope that the war will end as soon as possible. The Russian, Ukrainian and Belarusian markets represent 14 million bottles per year.”

The European Union (EU)banned certain luxury products in March from being exported to Russia, as part of sanctions against the country for the invasion. But while Asti Spumante joined other wines and Champagnes on the list, it is largely unaffected. After all, the average bottle costs €5 (US$5.50), and the ban only affects those worth over €300.

Denis Pantini, head of food and wine at the Nomisma observatory stated: “Very few Italian wines fall into this category, apart from the great vintages such as Super Tuscans, Brunello di Montalcino or Barolo from Piedmont, which are sold at very high prices”.

However, as far as Asti Spumante is concerned, Pantini explained: “The risk is not so much linked to an export blockade, but rather to the problem of payments after Moscow’s exclusion from the SWIFT banking messaging network, the collapse of the rouble and the difficulties that have arisen in transport”.

But, according to AFP citing industry sources, there are indications that some Italian wine exporters are managing to reach Russia via Belarus or Latvia, and by using the few Russian banks that are not excluded from SWIFT.