The Champagne house, backed by The Rémy Cointreau Group, plans to make Asia a priority market, with expansion into Singapore its first key step. 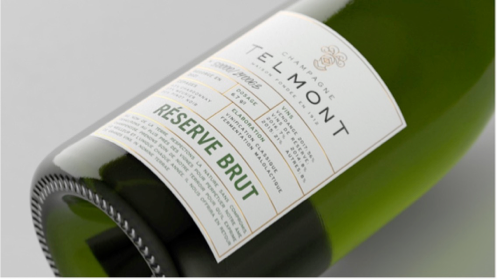 Before The Rémy Cointreau Group became major shareholder for Champagne Telmont in October 2020, the brand’s presence in Asia was “extremely limited, with only a few distributors importing the brand in the region”, Ludovic du Plessis, CEO, House Telmont, told the drinks business.

Now, Champagne Telmont is embarking on a strategic expansion into Asia, launching its bubbles in venues across Singapore, following recent launch activity in Japan. The strategy, which targets gastronomic institutions and high-end resellers, will rely on the Champagne house’s traditional expertise combined with Rémy-Cointreau’s distribution networks.

“Asia will become a priority market moving forward, driven by a growing affluent middle class with a strong appetite for luxury as well as wealthy households with a younger millennial clientele,” du Plessis told db exclusively.

The Rémy Cointreau Group’s existing clout in the Asia market has unquestionably informed the move, with the group’s full year reports (March 2020 to March 2021) revealing that its Greater China sales were up by double-digits, boosted by triple-digit growth in Q4, though total sales for the group were down 4.5% overall in the Asia Pacific region, due to ongoing supply and lockdown issues.

“Rémy Cointreau’s distribution footprint in Singapore has helped to accelerate the distribution of Telmont, and we are optimistic about growing the brand rapidly,” du Plessis confirmed. “Remy Cointreau is looking to leverage its strong footprint in Singapore across different channels (e-commerce, off-trade, on-trade, DTC etc.) and has much to offer Champagne Telmont in terms of education, experience, and being able to build strong communities around its values in Asia.”

With social responsibility becoming a defining factor in luxury for consumers across Asia, Telmont intends to carve out a ‘sustainability’ niche for itself in a bid to stand out from other Champagnes on the market there.

“As the population in Asia grows more affluent, there is an increasingly sophisticated demand for organic and sustainably produced products,” du Plessis revealed. “We want Telmont to become the leading Champagne House in sustainability.”

He continues: “What sets Telmont apart from other Champagnes in Singapore and globally is our strong belief that protecting our earth enables us to achieve excellence. Our philosophy is all about allowing the terroir to reveal its true character through our wines.”

Telmont took its first steps towards organic conversion in 2017 when it obtained certification for a portion of its vineyards. Today, 72% of the estate’s 24.5 hectares are certified organic or are in the process of conversion, with a goal of becoming a 100% organic house by 2031.

Controversially, the house also recently decided to ban all outer packaging and gift boxes, to focus on “the bottle and nothing but the bottle”; a first for Champagne, for which the ritual of gifting luxurious presents on special occasions is key.

Plans are underway for on-site solar power and Telmont will plant 2500 shrubs to provide “insect hotels” in its vineyards as part of an ambitious sustainability programme called “In Nomine Terrae” (In the name of Mother Nature).

Telmont Champagne is available now in venues across Singapore including Casa Restaurant, Tippling Club, The Atelier and Artemis.

“The Telmont client is a connoisseur, even if this means taking an alternative choice vs. mainstream,” says du Plessis. “Our target consumer doesn’t shy away from trying new brands and from breaking the status-quo.”