Breaking: Angelina Jolie sells her share of Miraval to the Stoli Group

Angelina Jolie has sold her share of Château Miraval to Tenute del Mondo – a subsidiary of the Stoli Group – that counts Masseto and Ornellaia among its portfolio, for an undisclosed sum. 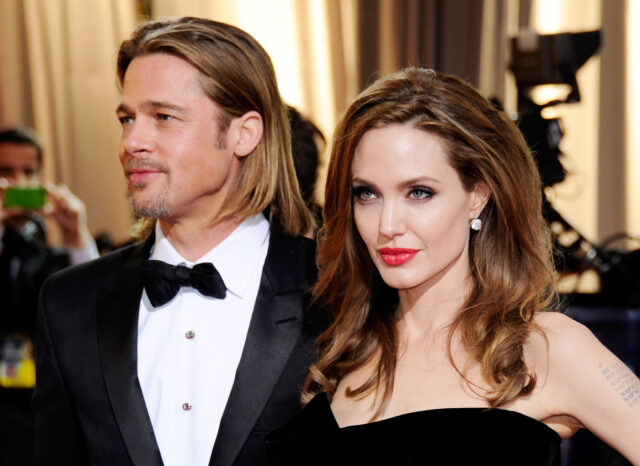 The group has bought 50% of Château Miraval, and the Miraval brand, from Angelina Jolie, it announced today (5 October), through its ultra-premium wine division, Tenute del Mondo, a subsidiary of the Stoli Group. The company is a co-owner (alongside the Frescobaldi Family) of iconic wines such as Masseto, Ornellaia, Luce, CastelGiocondo, and the owner of Achaval Ferrer and Arínzano.

“With the addition of a rosé of this calibre we are well positioned to meet the exquisite demands of both customers and partners alike,” he said.

Damian McKinney, global CEO of Stoli Group said they had long admired Miraval’s “exceptional” wines and brand and was thrilled to have a position alongside Brad Pitt as curators of its extraordinary vintages.

“We are truly honoured to do our part to uphold the integrity and commitment, as well as invest the time and passion evidenced in both the Château and the Miraval brand,” he said.

Speaking exclusively to the drinks business following the announcement, McKinney said that the Stoli Group aims to build on an “already great” brand, saying that he believed it could double the size of the brand relatively quickly.

“With our global footprint we believe we can bring huge value,” he said.

“I think they’ve done a really good job – the Champagne is really beautiful. The question is how we bring our brand building and our global route to market, especially in Asia Pacific, where we’re really strong, into play,” McKinney said.

Although the finer details of the deal have not yet been disclosed, McKinney described the group as having bought Miraval for “a very fair price for an amazing brand,” adding ” We’re very happy.”

“Our aim with all our brands is to turn them into truly global and iconic brands at the ultra-premium end,” he continued.

In the meantime, Stoli Group’s key focus is to build relationships with the other parties – namely, Brad Pitt, who owns the remaining 50% stake in the Château through his company Quimcum, and the Southern Rhône winemaking specialists, the Perrin family, who co-owns the estate and manages the winemaking.

“For me, that’s the first port of call – how do we get together and work out what we can do in the future?” he said. “In Brad Pitt you have a consummate professional and with the Perrin family, you have a great reputation of amazing wines – so I think we have the right combination.”

“The first thing now is is to get under the operations to see how it all runs – the key will be how to slot it into the wider group. They have a great distribution system already, but where are the gaps and how can we add value? That’s all part of getting together and building a partnership.”

In July, it was reported that the Hollywood actress, director and humanitarian had allegedly petitioned a judge to let her sell the Provence wine estate and that she had lined up a buyer.

However last month Page Six reported that court papers had been filed in Luxembourg, which alleged that Jolie had failed to give Pitt the option of buying her stake, as per a previous agreement. Two days later, it was reported that the two stars had reached an agreement.

For more on the Stoli Group’s plans for its wine portfolio, please click here.