Is this the world’s most sustainable vodka?

A new Finnish single-estate vodka, made from regeneratively-farmed barley to help fight climate change, will launch in the UK from October. 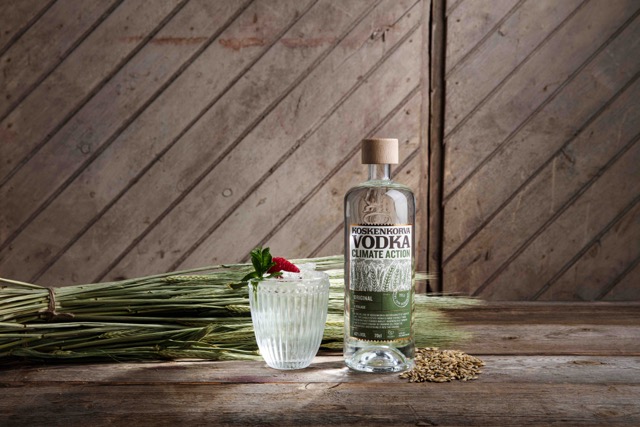 Koskenkorva Vodka Climate Action, which is the brainchild of Nordic drinks company the Anora Group, non-profit foundation Baltic Sea Action Group and Finnish farmer Jari Eerola, is made using regenerative farming methods which aim to remove CO2 from the atmosphere and store it in the ground, creating carbon sinks that reduce the impact of climate change.

Mikael Karttunen, global brand ambassador for the brand said: “With Koskenkorva Vodka Climate Action, we are using a batch of single-estate barley that ferments a little bit differently to others, so we take a more hands-on approach in the process.”

According to Karttunen, “if all the farmers in the world swapped to regenerative farming, together we could remove up to 322 billion tonnes of CO2 from the atmosphere – nearly as much as we emit globally in 10 years”.

Koskenkorva Vodka Climate Action distillery in western Finland runs predominantly on bio-energy and has a 99.9% recycling rate and even the husks of the barley left over during the distillation process are used to power the plant.

The vodka is vegan, gluten and GMO-free and will retail for around £23 per bottle.