This week in the world of drinks: a Boston winemaker drops 150 bottles of wine into the ocean, Beluga Vodka extends its summer residence in Knightsbridge, and a giant ice cube appears on London’s South Bank.

City Winery Boston’s winemaker, Richard Jacob, has just dropped over 150 bottles of his award-winning locally made wine into the Atlantic outside of Boston – all part of an ocean ageing wine project.

Beluga Vodka has extended its residence at Harvey Nicholls in Knightsbridge with the launch of two exclusive weekend brunches. The menus will be created by MasterChef Professional finalist, Chef Philli Armitage-Mattin and will be served to guests on Harvey Nicholls’ Fifth Floor Terrace on Saturday 7th & 21st August 2021 alongside Beluga cocktails and a DJ soundtrack.

A giant ice cube appeared on London’s South Bank courtesy of Splendid for Greenall’s Gin. The activation saw over a thousand ready-to-drink gin and tonics, perfectly chilled to 5C, given away to Londoners amidst late July’s heatwave.

Stacey Kong, Marketing Manager at Greenall’s Gin said: ‘’Despite the uncertainty of the British weather, one thing is for sure, no one enjoys sipping on a luke-warm drink. We’re therefore proud to be just the tonic for Brits this summer with the launch of the Greenall’s Ice Cube and can’t wait to serve our award-winning gin to the capital later this month.” 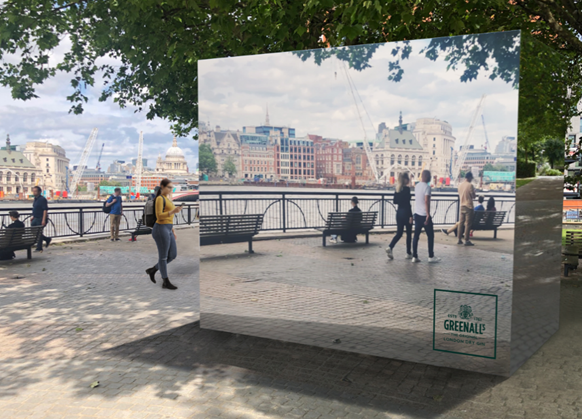 A new Fitzrovia drinking den opened its doors for the first time this week. Bandra Bhai, a nod to risqué, retro 1970s India is hidden behind a secret staircase at the back of  the newly launched Pali Hill restaurant. The decor is opulent and features touches of 70’s India, while the cocktail menu is a classic one, with each serve benefitting from inspiration derived from India.