LWF: Shifting consumer behaviour as a result of the pandemic has opened up opportunies

A series of major shifts in consumer behaviour in the last 12 months have opened up a series of opportunities and challenges for the industry, according to data from Wine Intelligence presented at the London Wine Fair. 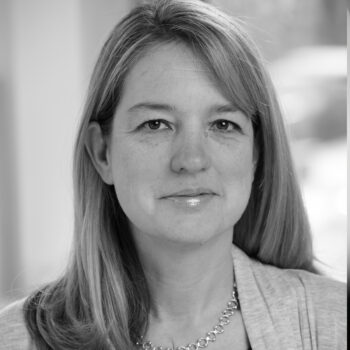 Speaking at the virtual London Wine Fair this week, Lulie Halstead (left) outlined the key consumer trends that have emerged as a result of the pandemic world and how the industry can rebuilt its resilience.

One of the most positive trends is that wine drinkers have maintain their relationship with wine and there are some strong areas that wine brands and reatil can explore further.

Wine Intelligence, which is part of IWSR, found that most people  are drinking wine at same level as they were pre-Covid, but there is a strong indicator that wine is shifting into different types of occasions. Consumers have shifted their consumption more towards wine as an aperitif rather than just with dinner, as some of the barriers to home consumption have been removed. For example, they know they’ll be at home every night, so it is not a problem opening a full bottle! That has brought wine drinking into aperitif, non-food occasions.

However, despite that, the pool of potential regular wine drinkers in the UK is shrinking despite the number of adults of drinking age increasing since 2015.

Another major trend has been the acceleration of ecommerce, which has been a real winner for wine during the pandemic – and is expected to grow across all major markets. In the UK this has growth largely come as a result of the way consumers have been able to migrate to online grocery shopping and include wine as a part of their weekly shop. Although it depends on the access, global markets that showed particular promise include the US and China.

However, the restrictions also resulted in an interesting shift in consumer dynamic, in which although UK consumers had become more aware of a wider selection of brands in the marketplace, they were actually migrating to a smaller portfolio of brands.

Social distancing, queuing to get into stores and people choosing to do fewer and quick shopping trips has reduced the “dwell time” in store, Halstead said, while online shopping was changing the touchpoints.

“Rather than browsing the wine aisle, as they previously did, what we’re seeing is consumers going to the known, tired and trusted brands that have a big impact on shelf, are easier to find, quicker to choose, and easier to put in basket in order to get out of the store,” she said.

The effect on brands was likely to depend on where a brand sat in relation to its hierarchy, the breadth of distribution and being at all the relevant touchpoints.

“Awareness is becoming even more important for success for wine brands in the UK market and around the world, and that has accelerated as shopping and consumer behaviour has changed,” she added.