Wine production up in Barbera d’Asti as Piedmont remains ‘resilient’

The northern Italian region of Barbera d’Asti DOCG Superiore increased its bottled wine production by over 2% last year, in line with consumer demand. 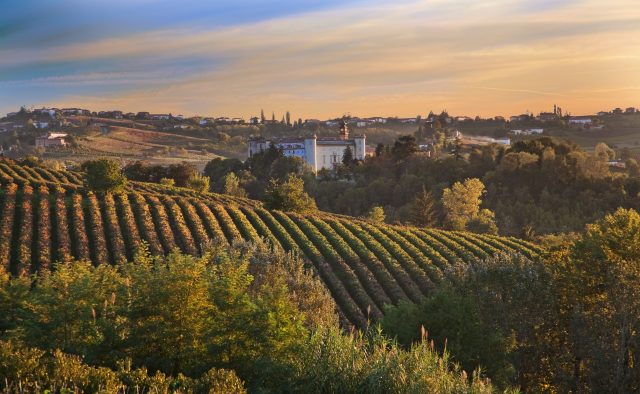 The Nizza DOCG meanwhile, also grew its production last year, making 619,632 bottles – a rise of 4% on 2019 production, while close to one million bottles of wine were produced in the Ruchè di Castagnole Monferrato DOCG last year.

The entire Barbera d’Asti e Vini del Monferrato region covers over 11,000ha of vineyards and accounts for around 30% of the DOC and DOCG area of Piedmont.

Total annual production across the region, which includes 13 protected denominations, is over 66 million bottles.

According to the Consorzio Barbera d’Asti e Vini del Monferrato, bottled wine production grew by 0.4% in 2020 across the entire region on 2019 levels, while 536,393 hectoliters of wine were produced from the 2020 harvest.

The region suffered a rainy spring and a threat of mildew, followed by a hot summer, which led to a “high quality” early harvest that “exceeded expectations”.

”Despite the huge difficulties brought by this emergency situation, Monferrato wine has demonstrated great resilience.

“Our DOCGs remain stable and, in some cases, have recorded significant growth. A result that rewards the path that we have chosen to take. Established wineries and young producers have understood the value of our territory and our wines, and this is an assurance for the investments made in this sector,” said Filippo Mobrici, president of the Consorzio Barbera d’Asti e Vini del Monferrato.

“This is a message filled with hope, to which we hold on in relaunching our objectives: to secure income to and create value for winemakers, but also to share our territory and its excellent wines,” he added.