Supermarket sales of sparkling wine soared in the UK over the last month, as Brits celebrated being able to meet family and friends again after a long winter lockdown. 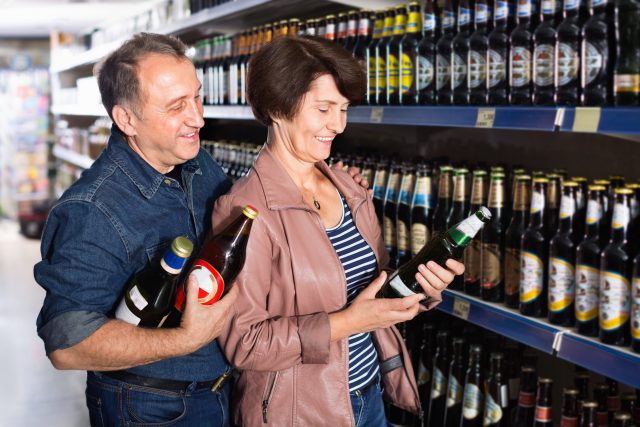 Data from Kantar showed sales of fizz rose 48% during the latest four weeks to 18 April – although wider sales of booze in the same period rose by just 1%, as pubs and hospitality venues were finally allowed to open.

Kantar’s head of retail Fraser McKevitt said the return of wider retail and hospitality “naturally” had a knock-on effect for the grocers. Indeed ahead of pubs opening, Tesco launched a campaign to encourage customers to support the hospitality industry, which has been forced to endure three national lockdowns in over a year.

Overall supermarket sale grew by 5.7% in the 12 weeks to 18 April , as consumer confidence continues to rise and the vaccination roll out continues. Growth accelerating in the final four weeks to 6.5%, and the past four weeks have been the busiest in store for retailers in more than a year, with older shoppers accounted for nearly half of the increased footfall.

However it should be noted that the period compares to April 2020, which was an highly unusual month, and after the initial pre-lockdown rush, proved to be “comparatively quiet” across the major retailer.

Online sales have also slowed, according to McKevitt, with internet sales seeing its market shares slip to 13.9%, down from a peak of 15.4% in February.

“While online is still growing strongly, at 46%, the rate is half what it was at the height of the pandemic,”McKevitt said. “Convenience stores – both independents and those owned by major retailers – were also particularly popular during the first lockdowns and, against such comparisons, it is unsurprising that sales have fallen by 19% in the past month.”

This could be seen at the The Coop, where sales fell 3.1%  year-on-year in the 12 weeks, however they were still up by 16.2% on 2019,  “It’s a similar story for independent stores and symbol retailers, with year-on-year decline of 13.3% masking the fact that sales are considerably higher than two years ago,” Kantar said.

Meanwhile, English pub and restaurant groups made a “robust” return to trading, according to the latest Coffer CGA Business Tracker, despite being well-below capacity and only being able to trade outside. Like-for-like sales in the week to Sunday 18th April were down just 24% on the equivalent period two years ago.

The strongest sales were seen at managed pubs, down 11% from 2019, with pub restaurants down 22%, group-run restaurant falling 34% and bars down 37%, the weakest like-for-like sales.