Felipe Tosso, head winemaker at Ventisquero Wine Estates, reflects on 21 years at the Chilean winery and gives details of a number of new projects in the pipeline. 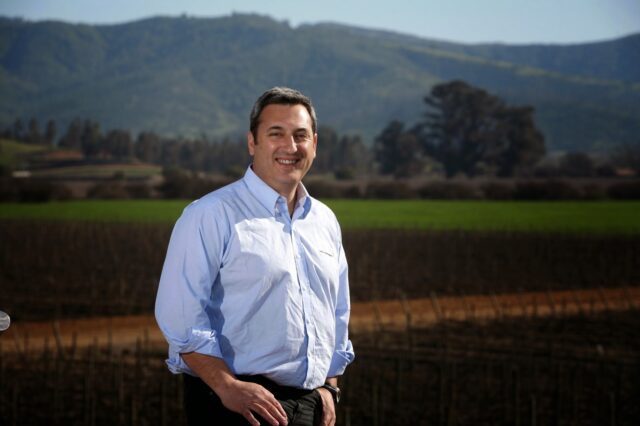 Tosso, who joined Ventisquero in 2000, said he was still impressed by the passion of those that work at the winery and by the freedom that winemakers have in Chile.

He told db: “Ventisquero is a big winery, but it’s family-owned. To have that potential and the support from all the people working here, including owner Gonzalo Vial Vial, who is 85, is amazing. Chile is a country where you don’t have to make wine with just one grape. As a winemaker, to be able to do different things is a privilege, though obviously you do need to have focus as you can’t do everything well.

“I’ve been working in the wine world for 26 years and we’re always opening new doors, both by going back to old traditions and discovering new processes that are super modern.”

Before last year, Tosso had not released a new premium wine since the launch of Enclave in 2010. However he has now made a conscious decision to release more small batches of wines from different projects around the country in order “to show what we can do and reflect our origins and terroirs”.

Among these new releases is a Cabernet Franc sourced from old vines owned by a grower in Maule, and a premium rosé made from Grenache, Carignan and Mourvèdre to be released as part of the winery’s Grey Glacier range.

Ventisquero is currently working with eight different growers around the country that have what are considered to be ‘old vines’.

Tosso told db that this would be his first high-end rosé.

“I love rosé and I drink it at the weekends,” he said. “We make a lot of it anyway in the winery, but in the entry-level and middle ranges.”

Tosso will press all three varieties together before co-fermenting the juice with the resulting wine kept in 2,500-litre foudres for a few months before release in September.

It follows the limited-edition release of a wine called Homenaje – a 20-year vintage blend − last year to celebrate the winery’s anniversary, as well as a premium Carménère called Obliqua.

“I wanted to do things differently this year,” explained Tosso. “I want to develop some small batches wines, as little as 250 cases and see how it goes. We’re always looking to do new things and have an experimental trial area at the back of the winery, from which we test out wines.

“Why did it take us 10 years to release a new premium wine? Because we needed to do the research. At the end of the day someone needs to sell the wine too.”

Tosso also revealed that he was exploring the possibility of releasing a Sauvignon Blanc as part of the Tara range, a portfolio of wines sourced from the southern end of the Atacama Desert, the driest desert in the world.

Tosso said he currently has some Sauvignon Blanc maturing in concrete eggs made from stones sourced from where the vines are grown.

Ventisquero has also planted vines in the far south of the country in Patagonia.

“The whole project is so experimental at this stage,” Tosso said. “We have some technical issues to address before we can release them.”

One of the major hurdles to overcome is alcoholic strength. Of the small batches that have been made so far, Tosso said they’ve struggled to produce wines above 10% ABV. Currently in Chilean law a wine must have a minimum ABV of 11.5%.

“If the conditions allow and it doesn’t snow too much, we will probably have something by the end of next year,” Tosso said.

“We’ve harvested 20 kilos of grapes, but the idea is to have 1,000 kilos in order to make something more representative.”

Keen to appeal to “all types of consumer”, Tosso wants to develop new wines throughout the Ventisquero portfolio. A recent launch, a pink Moscato, has proved particularly popular.

“We put a bit of Syrah in it to make it pink,” he said. “The wine has higher sugar levels and is carbonated. It’s fun and people love it.”

Tosso said that it had been a “slow start” to this year’s harvest and compared conditions to what was considered ‘normal’ a decade ago.

“The weather hasn’t been that warm and it feels quite autumnal now,” he said. “I would compare it to what we experienced in 2011 or 2013.”

He added that he was still harvesting the last Chardonnay grapes this week, when they are more often picked in the first weeks of March.

He said it would be a good vintage with sizeable but not huge yields. Some rain before harvest caused “small issues” for entry-level and high volume grapes.

VENTISQUERO: WE WERE LUCKY TO HAVE A LOWER VOLUME VINTAGE