Time to ‘claim back’ use of ‘Great British’ for sparkling wine

It’s taken years to settle on a phrase to describe Great Britain’s sparkling wine industry. But the ‘Great British Classic Method’ and its accompanying hallmark now looks set to define a new chapter in English and Welsh winemaking.

The hallmark was unveiled last year, following two years of consultation with producers by WineGB, with the aim of differentiating Classic Method English and Welsh sparkling wine as the flagship sparkling wine style of Great Britain.

For the first time, the hallmark sets out some ground rules for the production of English and Welsh sparkling wine under the umbrella brand of ‘Great British Classic Method’, on a voluntary basis, alongside the existing PDO/PGI regulations.

Bottles bearing the hallmark are subject to three stipulations: grapes must have been grown in England and Wales, second fermentation must take place in bottle, and a period of ageing on lees must take place before release, but with the length unspecified.

It’s hoped that the hallmark will have a “halo effect” on other styles, including still wines, and provide a way to more clearly distinguish those sparkling wines made in the “Great British Classic Method”.

Charles and Ruth Simpson of Simpsons Estate in Kent are just one of 30 producers to have already signed up to the  hallmark, including, Ridgeview, Gusbourne, Hattingley Valley, Hush Heath and Digby Fine English.

“Like most we believe this is a long-term project that will grow organically and gradually gain traction to enhance the perception of English sparkling wine in all markets and hopefully have a knock-on effect on the perception of English still wines as well,” said Charles and Ruth, describing the hallmark as “elegant, restrained, and classical”. “It is also flexible, versatile and will gradually become more widely recognised.”

‘We don’t want to constrain innovation’

Currently, the Classic Method hallmark is only eligible for PDO wines, meaning they have to be made from Chardonnay, Pinot Noir, Pinot Meunier, Pinot Noir Précoce, Pinot Blanc and Pinot Gris. PDO wines must be aged for a minimum of 9 months on lees.

There is potential to amend the rules surrounding the PDO/PGI transferred from EU legislation for English and Welsh wines now that the UK has left the EU, should the industry feel it was productive. A decision has not yet been made on whether there will be a review, and there is no set timeline.

Should such a review go ahead, Simon Thorpe, CEO of WineGB, said: “One of the last things we want to do is impose constraints and restrictions on a winemaking production community that’s so innovative, and I think they benefit from the freedom that the current rules provide. We don’t want to constrain innovation, but we do want to be able to distinguish the wines from a value and quality perspective.”

“I wouldn’t say that initial thoughts point in any particular direction,” he added. “We have to consult broadly as an overall industry, the whole industry, to come to a consensus as to what might be the next step, if there is a next step, so it is early days.” 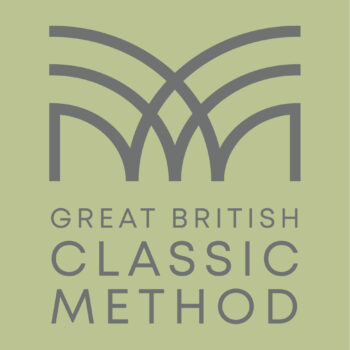 The name ‘Great British Classic Method’ itself comes after years of discussion among the trade on the best name to encapsulate its sparkling wine, alongside the likes of Cava, Champagne and Prosecco.

“It’s been raised before, but the concept of an ‘invented’ name would take years and a considerable amount of investment to bed in and gain trade and consumer recognition,” says Julia Trustram Eve, head of marketing at WineGB.

“An invented name would need full support from the key players and that is a task in itself that would demand considerably more time and unlikely to succeed.”

Its name might not be as succinct as other sparkling regions, but it does give the trade an opportunity to claim back the term “Great Britain/British” and bring it “back to our wines”, adds Trustram Eve.

“British wine” has long been used to describe wines made from imported grape concentrate and bottled in the UK, while the PDO and PGI developed for English (and Welsh) Sparkling Wine in 2009 has meant that tank method sparkling wine has been labelled as sparkling wine, failing to differentiate between those that undergo second fermentation in bottle.

It’s hoped this hallmark will clarify what constitutes a classic method sparkling wine, allowing producers to reclaim the term “British” and positively displace its use for ‘British wines’ made from ‘grape concentrate’, particularly in export markets where the term “British” already tends to be used more commonly than “English”.

The new name will also bring the hallmark in line with WineGB’s own branding, revamped from English Wine producers in 2017.

“Classic method is a great idea and it serves a purpose,” adds Thorpe. “What are the next steps? First we just have to make sure that as many of the producers that can use it are using it so there’s something for us to be able to talk to the trade and the consumer about.

“I don’t feel like we only have one chance at getting this right. But there are certain things that we need to understand better. Who the English sparkling wine consumer is and how different are they from a Champagne consumer or Prosecco consumer, and that’s fundamental stuff for producers and the trade to be able to market in a more accurate way. The first thing is to make sure that as many of our producers are buying into and using the hallmark, because then you will start to see some momentum.”