Producers in Bordeaux need to remodel their vineyards and plant more Cabernet Franc in order to adapt to the changing climate, according to one winemaker. 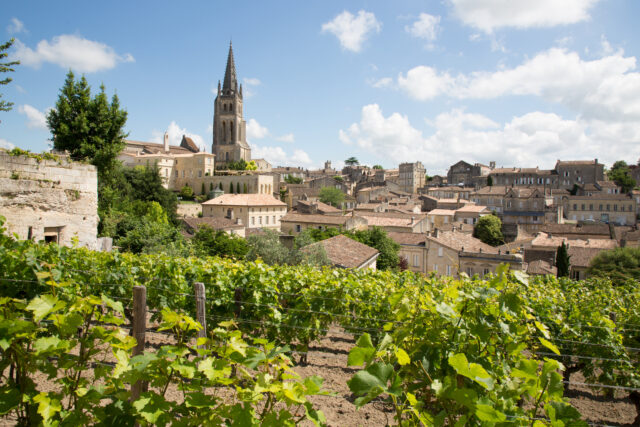 Speaking during an online seminar on organic and biodynamic practices in Bordeaux, Eloi Jacob, managing director of Château Fourcas Hosten, said: “We need to adapt our varieties to prepare for the future and plant more Cabernet Franc as it’s a late ripening variety.

Château Fourcas Hosten went fully organic in 2017, releasing its first certified whites in 2020. The estate is due to release its first organic certified reds this year.

“Being organic helps us to extract the full potential from our vineyard. The goal to bring back life in the soil. We use sheep to cut the grass and provide manure,” he said.

Agricultural consultant David Pernet of Sovivins, who works with Bordeaux producers to help them reduce their copper use in the vineyard and increase winesoil biodiversity, agrees that the region could benefit from more Cab Franc plantings.

“Cabernet Franc is a late ripening variety, so is good for the future of Bordeaux when planted on clay and limestone, but it’s less resistant to hydric stress than Merlot,” he said.

As to whether Petit Verdot may play a more prominent role in Bordeaux’s future, Pernet believes the grape will continue to be a supporting act rather than the star.

“Petit Verdot will not replace Cabernet Sauvignon as it really changes the profile of the wine if you add more than around 5%. The wines become unbalanced with too much Petit Verdot in the blend,” he said.

Pernet is encouraged by the growing trend for organic winemaking in Bordeaux, and believes more producers will jump on board.

“According to the CIVB, there are nearly 800 certified organic producers and over 60 biodynamic producers in Bordeaux. This has been a growing trend over the last few years and bodes well for the future of the region.

“Over 13% of the vineyard surface area in Bordeaux is now organic, and this figure will go up over the next few years, but there are two big challenges.

“Bordeaux experiences very wet springs and some of the wettest conditions in France, so it’s not the easiest place to be organic. This is a real challenge and we have to be honest about that.

“Cost is also an issue – in order to be able to afford to be organic you have to sell your wines at a certain price, as organic wines are more expensive to produce.

“Some wineries in the region price their wines too low to be able to be organic. For the region to grow its organic area, the cost of the wines will be key,” he said.

As for impending water issues brought about by global warming, Pernet doesn’t view this as being a problem in the near future.

“Winemakers are adapting their rootstocks and grape varieties to the changing climate and things are going in the right direction.

Marie-Laure Latorre, managing director of Château Jean Faure in St-Emilion, admitted that Bordeaux suffers from droughts during the summer, but that spring rains help to balance things out.

“Our clay soils are like a sponge, so we don’t have a problem with hydric stress, as our terroir is adapted to global warming. We get a lot of rain in spring, which is good for the soil, as it helps to keep the soil hydrated. Water shortages are not a problem for us at the moment,” she said.