Addressing the nation yesterday, President of South Africa, Cyril Ramaphosa, announced that the ban on alcohol sales in both the on- and off-trade had been lifted. 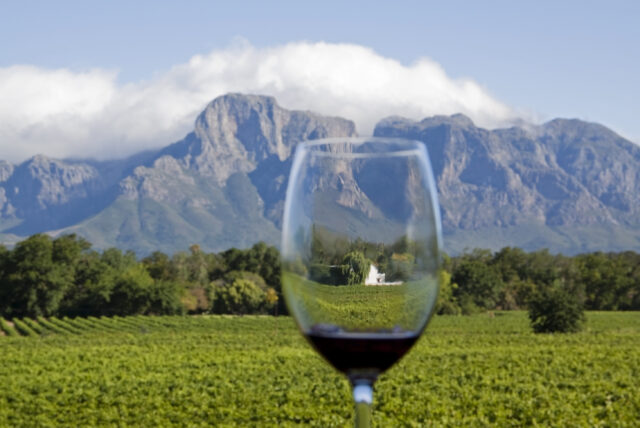 The news follows the imposition of South Africa’s third domestic ban on the sale of alcohol on 28 December. Alcohol sales were therefore prohibited throughout January, and while the outright ban has now been lifted, restrictions remain on sales.

Alcohol can only be sold from licensed premises for off-site consumption from Monday to Thursday between the hours of 10am and 6pm. Duty-free stores, wineries, micro-breweries and micro-distilleries are permitted to resume their normal licensed operating hours for off-site drinking.

On-trade sales, such as in restaurants and bars, will be allowed to sell alcohol throughout the week between 10am and 10pm.

President Ramaphosa said: “These changes have been made possible by the significant reduction in Covid-19 hospital admissions across all provinces, reducing the pressure on beds and hospital personnel. I want to call on all of us to drink responsibly so that we do not experience a spike in trauma cases or an increase in infections due to reckless behaviour.”

Industry body Vinpro, which last month released an open letter stating its intention to challenge the alcohol ban in court, has welcomed the decision. However it warns of a “difficult road ahead” due to the loss of 20 weeks of trading since March 2020.

As a result it plans to go ahead with the court application, which it lodged with the Cape High Court on 27 January. The court order seeks relief and, if granted, would give the head of the Western Cape government the power to enforce local laws to enable off- and on-trade alcohol consumption in the province. Similar relief will also be sought in other South African provinces.

Vinpro states that the loss of business, both through prohibition and the collapse of the lucrative tourism market, has led to an overall loss of more than R8 billion in direct wine sales, threatening the livelihoods of some 27,000 people employed in South Africa’s wine industry.

Vinpro’s managing director, Rico Basson, said: “Opening up wine sales for home consumption from Monday to Thursday, as well as wine cellars for consumption in restaurants and tasting rooms throughout the week and on weekends will help restore some of the local wine sales revenue to more sustainable levels.

“We must first ensure that our industry is not again switched on and off nationwide like a light switch by government, regardless of variation in Covid-19 status in the respective provinces.”

In a statement, the South African Liquor Brandowners Association (SALBA) also welcomed the news, but warned that the alcohol bans had “decimated the industry and threatened its long-term survival” leading to “job losses, a rise in illicit trade and a significant decline in its economic contributions”.

The South African alcohol industry has calculated that the sector’s excise tax contribution has fallen more than 28% from R47 billion in 2019/20 to R34 billion in 2020/21.

“This R13 billion loss in alcohol tax revenue could have covered the investment needed in the procurement of vaccines and other measures needed to curb the impact of Covid-19,” SALBA said.

Kurt Moore, CEO of SALBA added: “After this six-week ban that has left the industry on its knees, this development is no quick fix for our long-term economic survival. We call on government to work together with us to find a workable solution going forward that protects lives, while preserving the livelihoods of around one million people who rely on some form of income from this sector.”

The Beer Association of South Africa said the alcohol ban had had a “devastating impact” on small brewers, in particular craft breweries “that rely on off-consumption sales over the weekends to keep their businesses afloat”.

It estimates that 15% of craft breweries have been forced to close down in the last few months, while others that have continued to trade have had to make staff redundant.

“We also know that the restrictions were not successful in stopping off-site alcohol sales over weekends in unlicensed establishments,” the group said. “Instead, the trade in alcohol shifted to the illicit black market, which has continued to trade seven days a week resulting in billions of Rands in tax revenue being lost. The lifting of the current restrictions will therefore have a positive impact when it comes to safeguarding jobs and small businesses as well as bringing in much needed tax revenue into the fiscus.”