The UK government has revealed which parts of England will be placed under the most severe restrictions when lockdown is lifted next week. 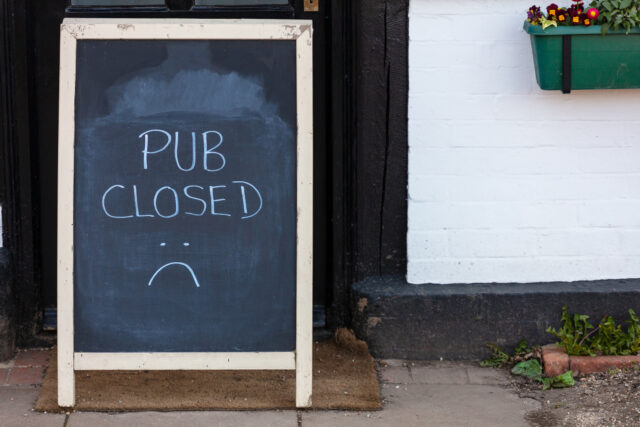 Manchester, Sheffield, Birmingham and Stoke-on-Trent have been placed in Tier 3, which means the cities’ pubs and restaurants will not be able to serve seated guests. Households will also not be able to mix whether indoors or outdoors, but all retail outlets will be able to reopen, Liverpool, which had been under Tier 3 restrictions before England’s second lockdown came into effect, has now been placed in Tier 2. In Tier 2, venues can only serve alcohol if diners order a “substantial meal”, which includes a full breakfast or main lunch or dinner item. The ‘rule of six’ still applies, and multiple households can only meet up outdoors. London will also be back under Tier 2 from 2 December.

Overall, far greater swathes of the country have been placed under Tier 3, with much of the midlands and parts of the South West including Bristol and Gloucestershire dealing with severe restrictions on how hospitality venues can operate. Nik Antona, the chairman of the Campaign for Real Ale, said the new measures are “devastating” given their timing. Pubs, bars and restaurants tend to make the majority of their revenues in the holiday season, when they are booked out for corporate, family and freinds’ gatherings.

When it comes to Christmas gatherings, England, Wales, Scotland and Northern Ireland have all agreed that groups of up to three different households can meet at home, outdoors or in a place of worship between 23 and 27 December.

People can travel between tiers and across the whole of the UK within the five-day period in order to meet with their bubble.

Hospitality staff, he said, “have had their worst fears confirmed – in all but three council areas in the country, pubs will either be closed or only able to open if they are serving substantial meals.”

Michael Kill, the CEO of the Night Time Industries Association, called on the government to offer more support to businesses that will be adversely affected by the new rules.

“The Government must compensate these businesses for the period of time they have been closed, and the loss of business suffered due to restrictions through the festive period,” he said.

“The sector has suffered horrendously since the start of the pandemic and is bearing the burden, so that other sectors are able to open during the festive period.”