While they’re more cost effective, bag-in-box wines are proving popular for another reason: they’re a discreet way of dealing with empties. 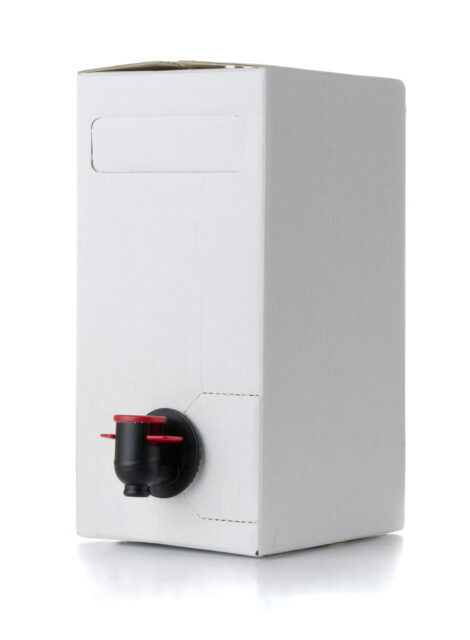 So says Richard Cochrane, managing director of the UK arm of Spanish wine group Félix Solís. “Despite the reduction in overall alcohol consumption people have a problem about what to do with their empties and all the clinky bottles. More recycling at home has been driven by lockdown restrictions,” he says.

With restrictions on movement and Covid-induced restaurant and pub closures this year, more alcohol is being consumed in the home. Limits on households mixing means the age-old ‘we had people over at the weekend’ excuse is now null and void. Could bag-in-box be a solution to the wheelie bin walk of shame?

“Lockdown has created a recycling shame badge and bag-in-box is a discreet way of dealing with it,” Cochrane says. “[Bag-in-box] makes for much less noise at the wheelie bin!”

Cochrane reports that exports of the company’s bag-in-box range, which includes organic wine brand Viña Albali, have doubled year-on-year. “We’ve seen this strong performance across over 120 markets,” he said.

Among the other reasons for the format’s success, Cochrane says, is its value for money and ease of use.

“If you’re at home, it’s like having wine on tap. People don’t have to drink the whole bottle, they can just take the size of serving they want,” he said.

He also highlighted improvements in technology, which have meant that the inner bag, as well as the cardboard exterior, can be recycled.

“You’ve taken a lot of carbon out of the production process,” he said. “You’re not moving heavy glass but much lighter packaging.”

Back in August, Australian Vintage told the drinks business that there had been a “tsunami of demand” for bag-in-box in UK retail during the first lockdown. In response, the company launched its McGuigan Black Label in the format.

In the same month, UK retailer Sainsbury’s revealed sales of boxed wine had risen 41% year-on-year with 28% of those aged 25-34 buying BiB. The Co-op also told The Guardian that BiB sales had risen by a whopping 300%, prompting the retailer to boost its 12-strong range with an additional six lines. In the US, analyst Nielsen also reported strong sales of wine sold in boxes.

While these statistics appear to show an increase in alcohol consumption, in fact booze sales halved during the first national lockdown. While supermarket sales rose, the shutdown of the on-trade had a big impact. The total volume of alcohol sold in the UK during the first lockdown (17 weeks to 11 July 2020) fell to 1.3 billion litres, down from 2bn litres in the previous year, according to data from Nielsen Scantrack and CGA. This was despite value sales by the UK’s major retailers rising £1.9bn over the same period.

Cochrane also noted that sales of the group’s dealcoholised wines in the UK have risen by 28% year-on-year. “We supply about a third of the market in terms of the segment, so that’s what we’ve seen across our share,” he says.