Man walks into a bar with two birds

A man in Leeds has been taking two birds out to his local to stave off lockdown loneliness. 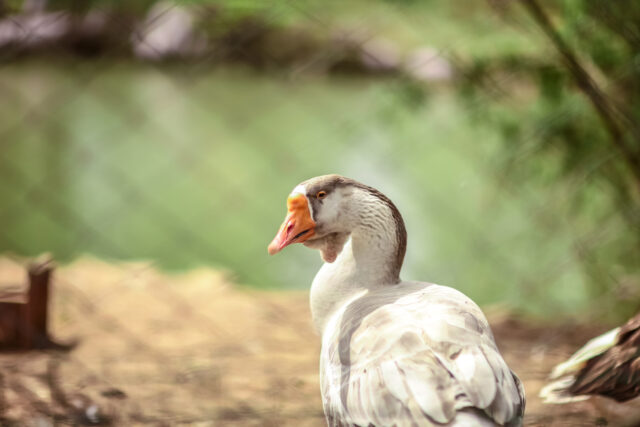 34-year-old admin assistant Sven Kirby bought two geese for £40 each in June to keep him company while bars and restaurants were closed this year.

“I know a goose is a strange pet but it’s something different that I have wanted for a while,” he told the North-West Evening Mail.

The fair feathered friends, called Norbert and Beep Beep, came from a breeder 80 miles away in Grantham.

“I could have got a dog but as I work full time I didn’t think that was very fair, geese require much less attention.”

He added: “I love the two of them, they’re brilliant characters and great fun to keep as pets.”

The goose father first thought of getting a couple of birds in as pets when he saw some on a riverbank in York.

“My ex wasn’t too keen on the idea,” he said, “so when we broke up I decided it was my chance to finally do it.”

Now, he’s regularly seen in parks and the local taking Norbert and Beep Beep for walks in the park, or bringing them to the pub. Each have nappies they wear at the boozer to prevent any indecent incidents.

“I’ve hand raised them from five days old so they see me as their daddy,” he told the local paper. “They follow me about everywhere and can sometimes be protective.

“They are all talk though, they have a little honk at someone every now and then but it’s nothing to worry about.”