Drinkers have rushed to get Campari’s spirits and cocktail ingredients online over the course of this year. 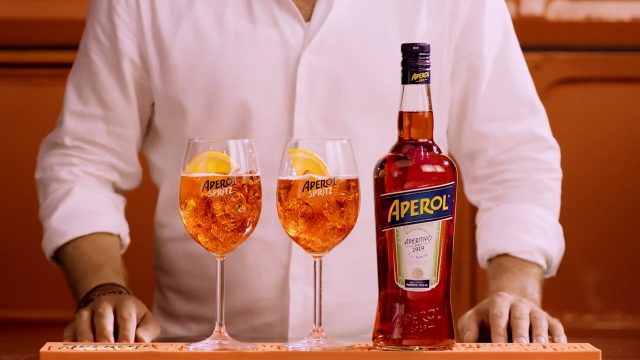 Campari, which makes liqueurs Aperol and Campari, as well as SKYY Vodka and Wild Turkey whiskey, said net sales rose by 12.8% to €513.8 million in the three months to 30 September compared to last year.

In the first half of the year, when bars and restaurants were mostly closed around the world as part of many governments’ efforts to slow the spread of coronavirus, the company’s sales fell by 11.3%, while adjusted profit fell by 33.5% to €77.6 million (US$91m).

However, many spirits groups such as Diageo and Pernod Ricard has seen a modest uptick in revenues in July and August, as more venues were able to reopen and some semblance of normality returned.

For Campari, the third quarter was particularly beneficial and has slowed the rate of decline. In the year to date, total sales have only dipped by 1.6% and 2.8% organically compared to the same period in 2019. Adjusted profit for the nine month period stood 15.1% lower than in the first nine months of 2019 at €259m.

Meanwhile, adjusted group profit in the third quarter was actually 13% higher this year than in 2019.

Chief executive Robert Kunze-Concewitz said the group had picked up on “new trends in consumer habits” brought on by the coronavirus pandemic and subsequent lockdowns, which it as tried to  “actively leverage” this year.

“In particular, in new scenarios of forced physical distancing, the human desire to socialise remains strong, with new occasions for consumption developing as consumers attempt to make bar-quality drinks at home.”

Campari was also quick to act on the rise in online alcohol sales at the start of lockdown, buying a 49% stake in Italian shopping platform Tannico earlier this year, which Kunze-Concewitz said “an essential part of the digital transformation journey undertaken across the entire organisation.”

In the long term, he said the company will continue to work on its presence on e-commerce platforms and continue to pursue acquisitions to ensure “future profitable growth”.