UK retailer Majestic has launched its own Diversity in Wine scholarship, which will see up to 50 candidates from BAME or diverse backgrounds put through their WSET Level 2, free of charge and with no obligation to join the business on completion. 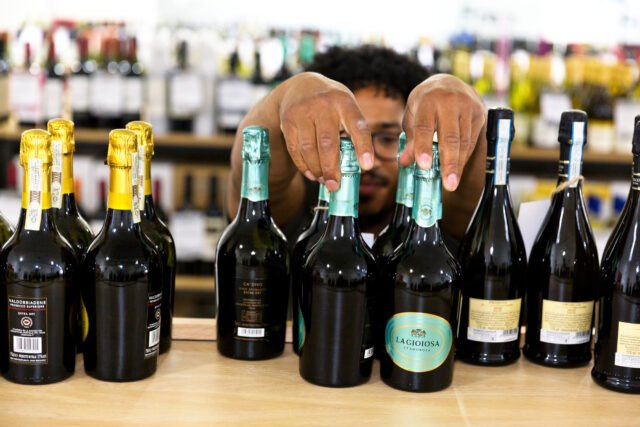 CEO of Majestic John Colley said: “If you don’t think the wine industry is for you, because of your background, then I would really urge you to get in touch.”

The initiative is designed to attract more people from diverse ethnic background to working in the wine trade and seek out new talent in communities that may have felt excluded from working in a stereotypically “white male” industry.

At the same time, a Californian wine industry body has said it will invest US$1 million in new scholarship and mentorship programs to help create a more racially diverse workforce.

Napa Valley Vintners is working with the United Negro College Fund (UNCF) on a scholarship programme that will enable people from ethnic minority backgrounds to pursue a career in the wine trade. NVV has committed an annual payment of $200,000 for the next five years, but also plans to appeal to its members to help fund the scholarship programme long after the initial payout has finished.

“We recognize our nation is at a critical moment to finally end centuries of racism and to dramatically increase diversity, inclusivity and opportunity, including in the wine industry,” said Linda Reiff, the group’s president.

Since the killing of George Floyd in May this year, protests have taken place worldwide that have shone a light on unconscious bias and systemic race discrimination across many industries, and the wine trade is no different.

A survey carried out last summer by Gus Gluck, co-founder Quality Wines in London, acclaimed critic Jancis Robinson and Magnavai Janjo, senior account manager at Roberson Wines, found that the UK wine trade has “significant” problems with ethnic diversity and discrimination. One respondent said they were interviewed “multiple times” for a job as the interviewer believed their ethnic background meant they were less capable. The results prompted Robinson and Janjo to develop an online platform designed to raise awareness of the people of colour who work in the wine trade today.

In addition to NVV’s scholarship fund, the US group has also pledged to donate $100,000 for two mentorship programs created by industry organisations Wine Unify and Bâtonnage, both of which focus on elevating people of colour within the wine sector and seek to make the sector a more welcome place for women as well as Black and ethnic minorities.

UK retailer Majestic’s first scholarships will be available from this October, with the aim to get up to 24 candidates qualified in their WSET by the end of the year. A second intake is being planned for spring 2021. The courses, understandably, will be run online owing to the government’s rules on social distancing, but all course materials, samples, glassware and video courses will be delivered to participants homes.

Commenting on the programme’s development, Janjo, who will be offering his own insight for Level 2 students, said the was “absolutely delighted that an industry bastion such as Majestic Wine – which has long been a gateway into the wine industry – is offering such an amazing opportunity.”