Sales of English and Welsh wine hit a record 5.5 million bottles last year – a rise of 70% – with exports doubling in volume terms – but WinesGB warned that sales through some channels will inevitably suffered serious setbacks due to Covid-19. 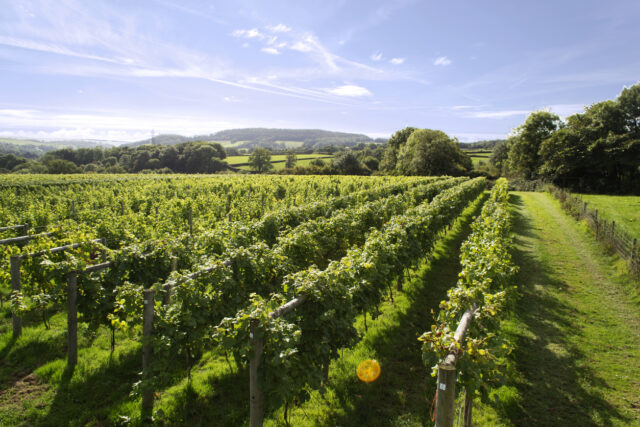 I18. Exports now account for 10% of sales, up from 8% last year, with Norway and the Nordics making up the largest market, followed by the US  (17%) , Canada, Australia, and Japan, which showed strong growth of around 10% year-on-year.

Around half of total sales are sold through the UK on and off-trade, with nearly 40% sold direct to consumers, either through ecommerce (7%), or at the cellar door (29%) – showing the dependence of the industry on domestic wine tourism.

WinesGB Chairman Simon Robinson admitted that although not within the focus of the 2019 report, there were likely to me “seismic changes” in 2020 as a result of the Covid-19 crisis, which won’t be reflected until next year. He argued that the “encouraging signs” and healthy uptake in numbers as vineyards reopen to the public were reasons to be optimistic for consolidating growth in 2021.

“Direct to customer sales have seen impressive growth and we therefore remain positive for the future,” he said.

However speaking to db in April, Tamara Roberts, CEO of Ridegview in East Sussex estimated that her business was likely to lose a third of its annual sales  in 2020, with Ruth Simpson of Kent-based Simpsons also saying the additional contingency planning has put pressure on cash flow.

It follows concern last year that there would be “casualties” in the sector over the next five year due to potential oversupply. Richard Balfour-Lynn of Hush Heath told db in of his concern that the recent rate of plantings was outstripping sales by a significant margin, while some industry experts warned that the industry needed to adopt a more coherent approach to production avoid oversupply.

Last year, the area under vine grew to around 3,500ha, up 105% in the last ten years. Plantings doubled last year from 1.6m plants in 2018 to 3.2m, with more than a quarter of growers planning to plant more vines over the next three years. Currently, Pinot Noir and Chardonnay each account for around a third of production (around 2,275ha together), followed by Pinot Meunier (13%) Bacchus (5%) with Seyval Blanc, Pinot Gris, and Rondo each having a 2% share.

Although the 2019 harvest proved more challenging than 2018’s bumper year, the report said the quality was very high, and yields were the second highest recorded, with production at 10.5m bottles.