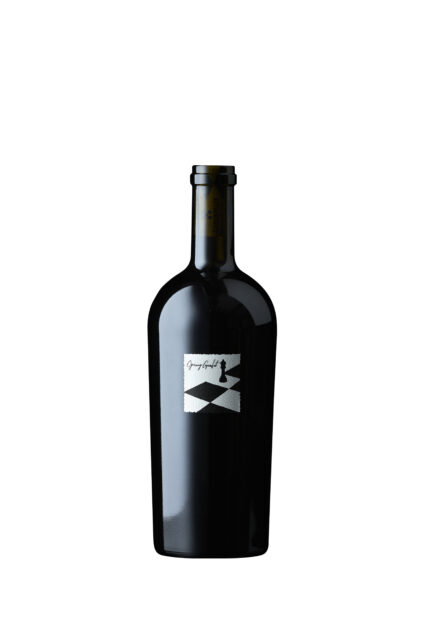 CheckMate Winery, part of the Iconic Wineries of British Columbia group, has released four wines into the UK market. Produced by Australian-born winemaker Philip McGahan, the wines comprise two Merlots and two Chardonnays, each made from grapes from specially selected plots from the estate’s vineyards. The Opening Gambit Merlot undergoes a wild fermentation with some extended skin contact before being aged in 100% new French oak barrels for 21 months. Just 23 barrels of this wine were produced. 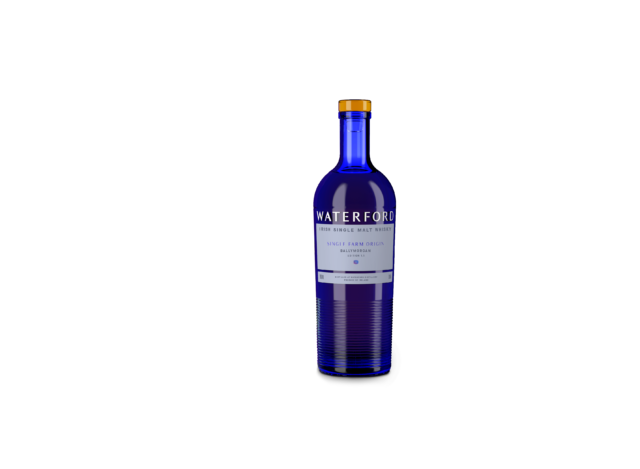 Waterford Distillery has released two new expressions of its terroir-driven whiskey after its first commercial spirits sold out in a matter of hours. The Ballymorgan Edition uses barley grown by Robert Milne at the Clonroche Series farm in county Wexford, while the Sheestown Edition includes grain grown just outside the town of Kilkenny by Phil O’Brien. Both whiskies are matured in French and American oak, and are bottled at 70% ABV. Each bottle has a scannable code with more information on the barrels used, distillation data and the origin of the barley: 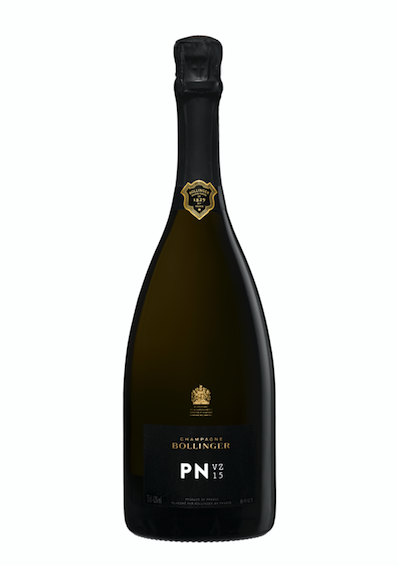 Champagne Bollinger has released a new cuvée, the first in a series that will each incorporate various Pinot Noir expressions and feature a different cru from the base year, so that each new version will be a “reinvention’ of the original. The first new fizz from the Champagne house in 12 years, PN is made exclusively from Pinot Noir, with a focus on the grapes from Verzenay harvested in 2015. However the wine is a non-vintage, with reserve wine going back to 2009. The wine is described as having notes of “cherry stone, elderflower, pear, peach and apricot”. 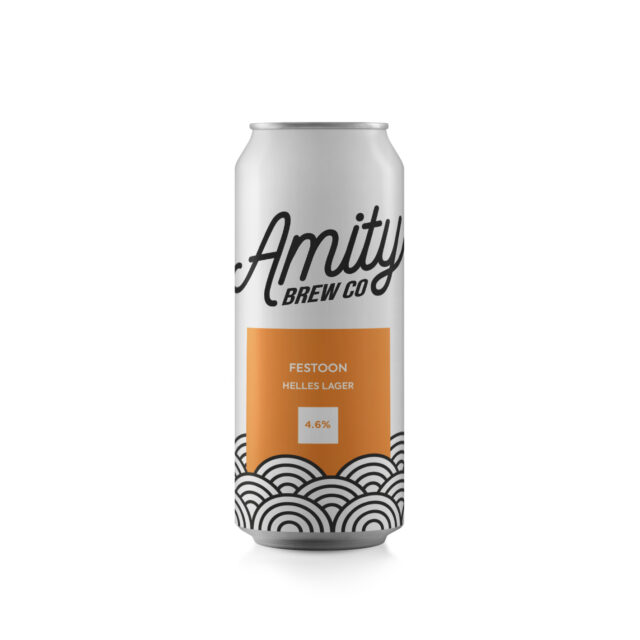 Leeds-based start-up Amity Brew Co. has launched its core range ahead of the opening of its brewpub later this year. Made by head brewer Greig Swanson, formerly of Buxton and BrewDog, the range comprises an American pale ale called Sunnybank (6% ABV), Festoon lager (4.6% ABV) and Red Lane bitter (4.5%). The lager is described as a homage to the classic German Helles style, while Sunnybank is a tribute to the west coast American pales produced by the likes of Sierra Nevada and Stone Brewing. The bitter, called Red Lane, combines a malty base with hops from the United States and New Zealand. 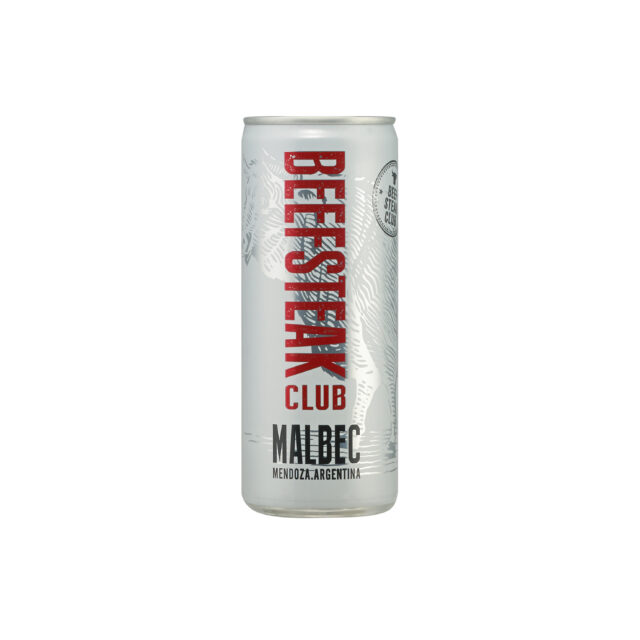 Ehrmanns Wines has launched its Beefsteak Club Malbec in on-trend 250ml cans. The wholesaler said that environmental considerations were at the heart of its decision to launch the wine in cans, while it also hopes the move will help the brand appeal to a younger generation. The recyclable cans are 43% lighter than the equivalent glass bottle, and help to reduce the brand’s carbon footprint. The launch was supported by a social media campaign targeted at younger drinkers, with a series of competitions under the tagline ‘Cans’ Film Festival in the pipeline. 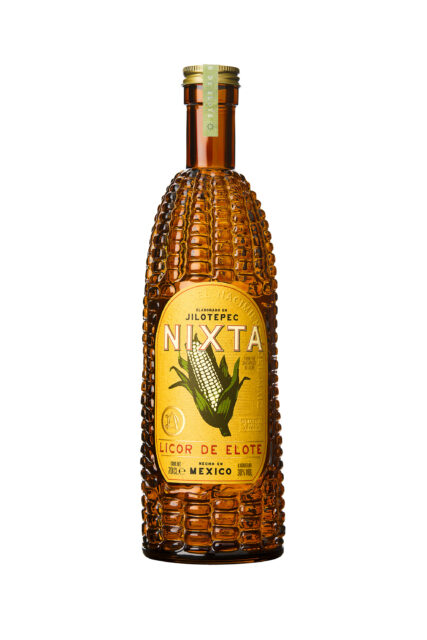 Nixta corn liqueur has been launched in the UK via distributor Mangrove. Made by the Abasolo distillery, the first purpose-built whisky distillery in Mexico, the product is made from a local variety of corn called cacahyazintle. A process called nixtamalisation, whereby the corn is soaked in an alkaline solution, washed, then hulled, is used to draw out the flavours of the grain. Designed to be used in cocktails, the liqueur is described as having “sweet notes of tender corn, vanilla and caramel”.

Port producer Graham’s is marking its bicentenary with the release of a commemorative edition of its 2015 late bottled vintage (LBV). The special edition release sees the LBV presented in three brightly coloured tubes (‘deep red’, ‘royal blue’ and ‘ochre’) made using marbled paper. The project was led by fifth-generation family members Vicky and Charlotte Symington, along with designer Alexandra Sousa Ribeiro. The Port was bottled this year, and contains grapes sourced from four vineyards. It is described as having aromas of “blackberry, liquorice, rock rose and mint”. 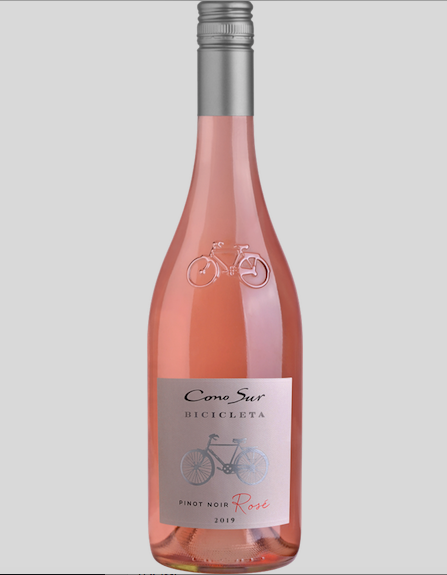 Chilean winery Cono Sur has added a pale pink rosé to its Bicicleta range of wines in the UK. Made from Pinot Noir sourced from Bío Bío, the wine is described as having aromas of “strawberry, raspberry and forest fruit with fresh acidity on the palate”. Described as Provençal in style, the salmon pink wine was bottled in December 2019 after spending six months cold settling in stainless steel tanks. Available in Asda stores, the rosé joins the popular range that also includes a red Pinot Noir, Malbec and Merlot, as well as a Viognier, Gewürztraminer and Sauvignon Blanc. 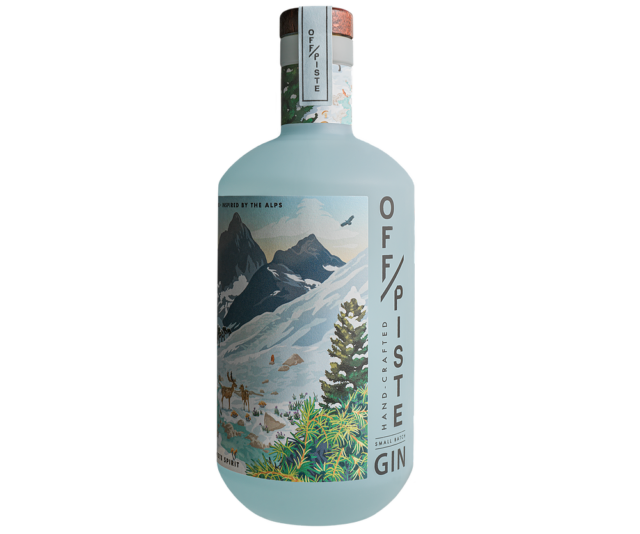 Importer and distributor Off-Piste Wines has branched out into gin with the launch of a new spirit made in collaboration with the Sibling distillery, based in the Cotswolds. The spirit draws inspiration from the mountains and combines classic juniper, cardamom and lemon zest botanicals with mountain ash berries, alpine cornflowers and Saaz hops. The gin is made from a base spirit made from cane sugar, which is triple distilled by the Sibling team. Bottled at 40% ABV, 1% of total sales of the gin will be donated to environmental charity 1% For The Planet. The brand also supports Disability Snowsport UK, an organisation that provides snow sport experiences for people with disabilities. 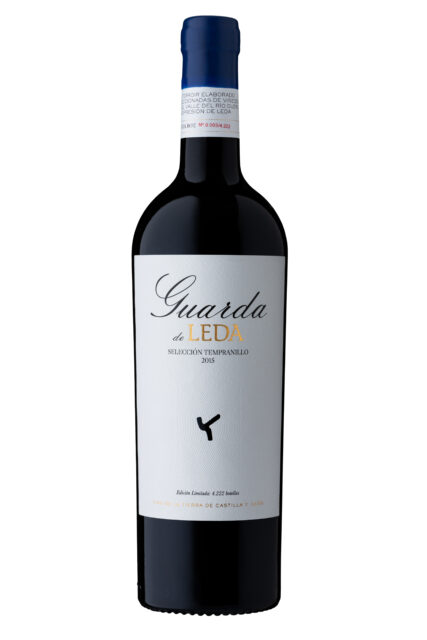 Spanish winery Leda, owned by Bodegas Masaveu, has released its Guarda de Leda wine from 2015. Made from Tempranillo sourced from old vines in Ribera del Duero, Toro and Cigales, the wine is certified organic, and is aged for 30 months in French and American oak following an extended 25-day maceration. The 15.5% ABV wine has been produced in a limited run of 4,222 bottles, and is described as having “ripe black fruit notes, with sweet tannins and oak spice”. 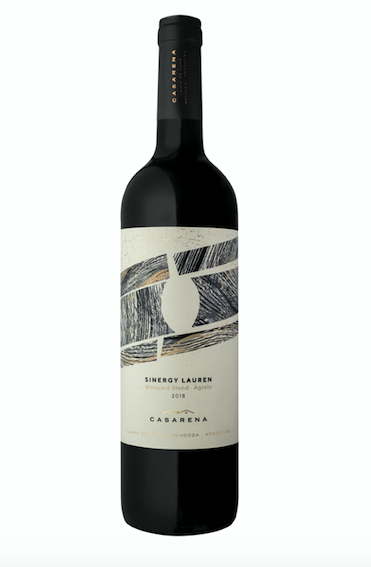 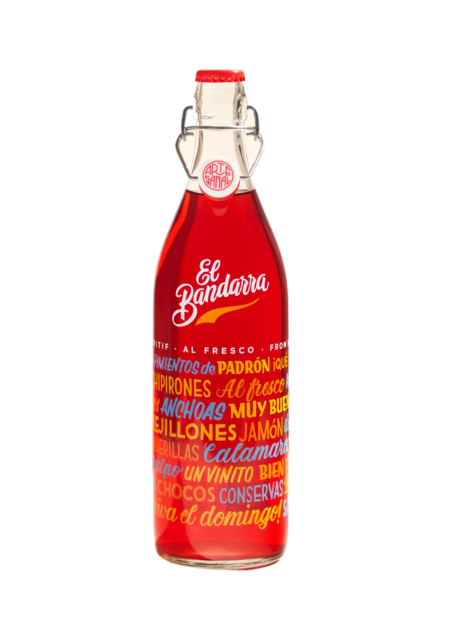 Bittersweet Barcelona-made apéritif El Bandarra al Fresco has launched in the UK to help consumers make the most of dining and drinking outdoors. Developed by twins Alex and Albert Virgili, the 14.5% ABV drink has a natural wine base made from Garnacha. The red apéritif is then infused with botanicals including liquorice, fresh herbs, mint, grapefruit, citrus and rose petals. The recommended serving is one part Al Fresco to two parts tonic water, garnished with orange. The launch follows the unveiling of the producer’s red, white and rosé vermouth range. 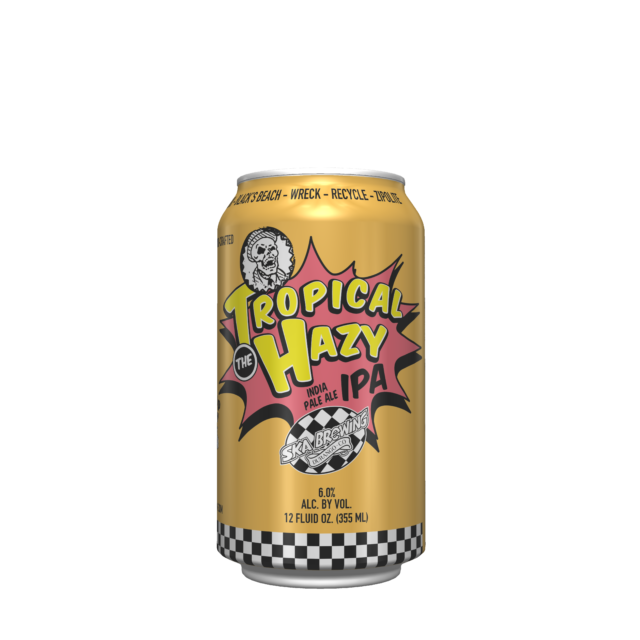 Colorado’s Ska Brewing has launched a Tropical Hazy IPA, a year after it launched its first hazy beer. Available in six-packs, the beer is said to have “tropical fruit flavours with a soft malt body and low bitterness”. The 6% ABV beer has been brewed with papaya and pineapple. The new expression will now be available year round in the brewer’s national distribution. It joins the existing range, which is available in 12oz cans, including Mexican Logger, Modus Hoperandi, and Rue B. Soho. 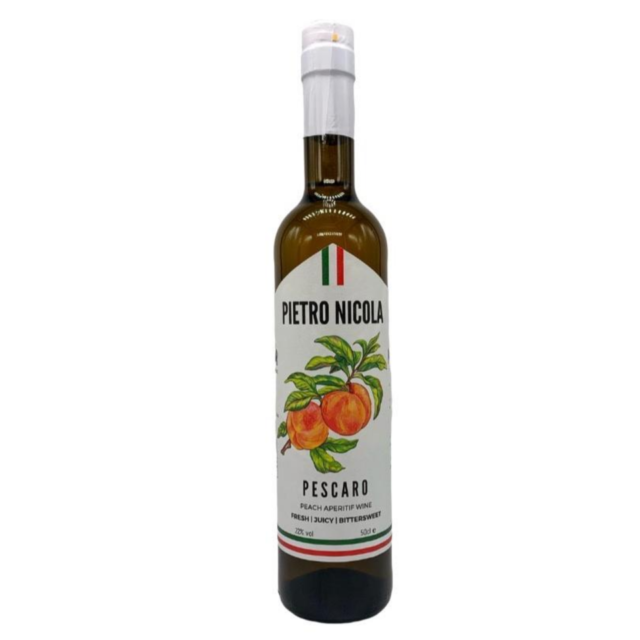 Aberdeen’s House of Botanicals has launched the third product from its Italian-inspired range of spirits called Pietro Nicola. Pescaro is a peach apéritif wine, made by fortifying and aromatising English peach wine. The wine has been flavoured with eight herbs, spices, citrus fruits, and flowers, as well as two bitter botanicals. The recommended serving is over ice, or in cocktails, highballs and spirtzes. The label has been created by designer Steffie Elan-Eimegirab, and the bottle, cap and label are 100% recyclable. The Pietro Nicola range also includes a green walnut liqueur Nocino, barrel-aged coffee spirit Caffè Margaux and Espresso Martini Shakerato.

The Party Can Triple Spice Margarita has been billed as the first large-format ready-to-drink (RTD) cocktail. Each 1.75-litre can contains 12 drinks, and is resealable, which the brand says helps limit contact between drinkers. The 12.5% ABV cocktail is made with 100% Blue Weber agave Tequila, orange liqueur, lime juice, and a triple spice mix of ginger, cinnamon and chili pepper. The brand’s creators says the product removes the need to make multiple trips to retailers to buy ingredients.