Chef and restaurateur Robin Gill has announced the closure of Clapham-based The Dairy restaurant and Counter Culture wine bar and delicatessen. 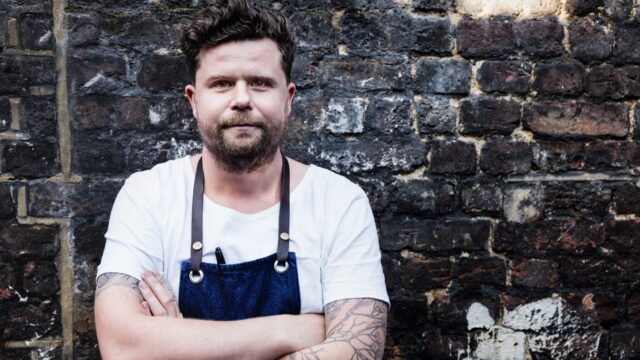 Announcing the decision on Instagram last night alongside his wife Sarah, Gill stated that “the pandemic has hit us harder than we ever imagined it would”.

In the pair explained that the south London business had taken “a real hit” over the past six months. However, Gill stated that the business was “only sleeping for now” and that it “would be back”.

He said: “This has been one of the toughest decisions of our lives. The Dairy has been our way of life for almost a decade, the memories created, the wonderful friendships (the bloodshots), the bees, the people and culture of our little journey will never be forgotten.

“There was a certain energy that was there right from the get-go, and I want to thank everybody that was involved as they helped to make that place so special. You all know who you are, you are the DNA of The Dairy…it’s not gone in my mind, it will never be gone.

Sarah Gill added: “Looking back at our time at our time in the Dairy we were so welcomed into the community and have made some dear friends along the way, which are still dear friends today.

“Robin and I were overwhelmed when we first opened. We always saw ourselves as the underdogs, but the industry really got behind us and believed in us. And I think that because of that, it has really helped us get to where we are today. I want to thank you all for that.

“This is not how we wanted The Dairy to end. I want to say a huge thank you to our team who are still working with us today, helping us thrive and push forward.”

The pair opened their flagship restaurant, paired-back modern eatery The Dairy, in 2013, with sister site and next-door neighbour Counter Culture following in 2016.

The decision to close both site does not affect their other restaurants, which include Sorella in Clapham, Darby’s in Nine Elms, The Yard inside the Great Scotland Yard Hotel, and Birch in Hertfordshire.