Chief winemaker at Viña Carmen, Emily Faulconer, has said that wine professionals must realise that it will take up to half a century before projects underway in Chile’s vineyards show real results. 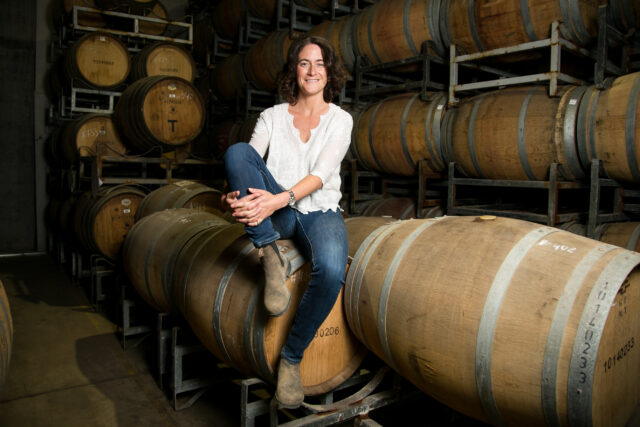 Faulconer stressed that many projects, including replanting schemes, are medium- to long-term ventures which will likely not be completed in people’s lifetimes.

“It is important for Chile to improve in terms of wine quality, the types of wine it offers and its image as a wine-producing nation,” she said. “But people working in the wine world today must understand that they probably won’t see the full result.”

“Big changes take time and to commit to this sort of thing and see the whole project through is going to take 30 to 50 years.”

Carmen is set to plant its first ‘cleaned’ massal selection vines next year as part of a long-term replanting project at its Alto Jahuel estate. The scheme involves visually selecting healthy vines which are then analysed and ‘cleaned’ in a lab to prevent the spread of disease, before being used in trial plantings.

Faulconer also states that there is a long-term goal to establish Alto Jahuel as a separate DO within Maipo.

She added: “Alto Jahuel isn’t a DO today, but we really want to push for it eventually, like what happened with Apalta in the Colchagua Valley. Apalta became a DO because it had the prestige through its wine to become an appellation. That will be what needs to happen here. DOs will be granted as a consequence of wines and vine growers being worth a more specific appellation.”

She said that creating a more complex appellation system in Chile, as well as a greater knowledge of regional differences, will take time.

Faulconer has, however, been able to elicit direct and immediate change. In particular, she told db that she has been working on picking dates, bringing harvest forward in order to produce fresher styles of wine.

Speaking about Carmen’s latest new launch, a premium Cabernet Sauvignon blend called Delanz which will hit UK shores in October, Faulconer said: “A lot of people have told me that it doesn’t really doesn’t taste like Alto Maipo and Cabernet Sauvignon, it is too delicate.

“At the beginning I was worried about this, but now I like that that’s the impression of it as it shows what we can achieve from this vineyard.

“I believe the best wines from this vineyard and region are those really fine, delicate wines, it’s what makes the Cabs from Alto Maipo so unique. Personally I think big, tannic wines are not the best expression of Cabernet Sauvignon, or at least not one I like to drink.”

Faulconer has also brought forward the harvest for the Quijada Sémillon in the Carmen DO range, reducing the alcohol level to 12.5% ABV.

She said: “The vineyard is very old, and the variety itself has a lot of weight. Apalta, where it’s based, is warm, so I felt it didn’t need that extra three weeks of ripeness. For me it was becoming a bit too heavy.”

She is also carrying out experiments with biological ageing. As well as a flor-aged Sémillon in the DO range, she is also trialing a rosé as well as a sparkling wine made in the traditional method with the biologically-aged wine added as a blending component.

If successful, the rosé could be released next year, while the sparkling, of which two vintages have already been made and are now on their lees, will take a further three to four years.

Despite the challenges brought about by Covid-19, especially restaurant closures and the drop in tourism, Faulconer said it has been a “good year” financially for Carmen.

“It’s amazing, business for us has never been so good,” she said. This is largely thanks to new a distribution model in the US. Carmen and the wider Santa Rita group has also invested heavily in e-commerce, something it had been working on well before coronavirus struck.

The company has finished construction of a new distribution centre near its Alto Maipo winery which allows it to offer nationwide 24-hour delivery. Faulconer said the increase in online sales had been “crazy”, with members of staff previously working in the on-trade commercial team now relocated to e-commerce.

She added that the team has learnt to be “more efficient” and is conducting more meetings online, something she said has saved a lot of time.

“I think we were doing too much travelling. The energy it takes, the cost of it – it was unsustainable,” she said.