In honour of English Wine Week, we’ve rounded up some of the more unconventional styles of wine available in the UK for you to take a punt on. 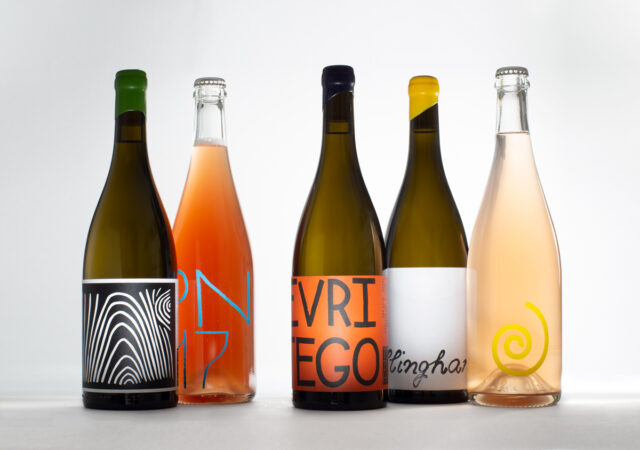 Hear the term ‘English wine’ today and your first thought is a traditional method sparkling wine made from the three classic Champagne varieties: Pinot Noir, Chardonnay and Meunier.

Indeed, the term ‘English sparkling wine’ is protected. In order for a wine to qualify it must be made from one or a combination of grapes from an approved list, and must be made via the traditional method. But not all sparkling wine made in England conforms to these regulations. As the category has evolved, we’ve seen pétillant naturel (Pet Nat) and tank method wines emerge onto the scene.

Ask someone what ‘English wine’ was 20 years ago, and the answer would be different. While Pinot Noir, Chardonnay and Meunier are now the most planted varieties in the UK, there was a time when mostly German early-ripening varieties were grown. Some, including Bacchus, Reichensteiner and Ortega, remain popular.

Rather than always being made into semi-sweet fruity wines, however, they are being treated in different ways. Indeed, within the English and Welsh still wine sectors, there are now examples of orange and qvevri wines, made from both German and hybrid varieties as well as the classic Champagne trio.

The area under vine in the UK has increased dramatically in the past five years, with a total of 3 million vines planted last year alone. According to WineGB, the hectarage planted with grape vines has risen by 79% since 2015. While the majority of these vines are Pinot Noir, Chardonnay and Meunier, there have been some more unusual plantings, including Pinotage in West Sussex.

Grouped into style categories, we’ve rounded up a list of the more unusual wines made in England and Wales to try during English and Welsh Wine Week. 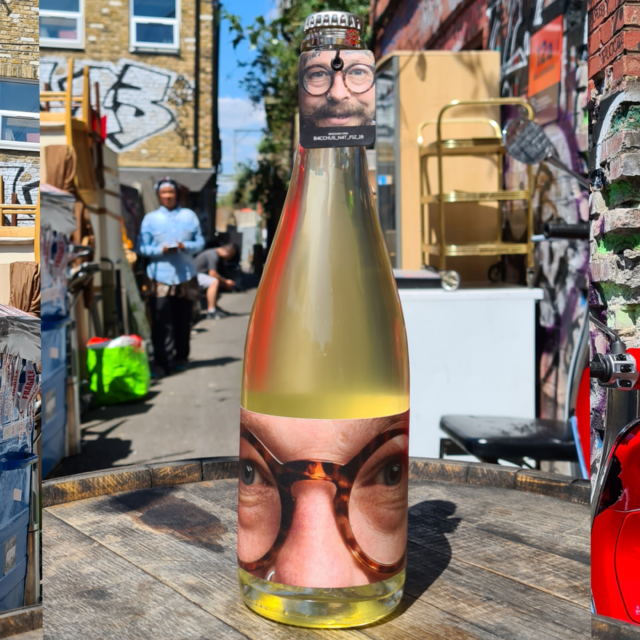 Pétillant naturel, or Pet Nat, refers to wines made by the so-called ancestral method. Must is bottled before fermentation has completed, meaning that sugar continues to be converted into alcohol and CO2 in the bottle. Pet Nat wines are often left unfiltered/disgorged, giving them a hazy appearance.

The quirky, cloudy fizz is now made by many producers in the UK.

In London, the likes of Renegade and Vagabond are leading the charge. The former has just launched a new expression, made from Herefordshire-grown Bacchus grapes. Renegade has only made 2,100 bottles of this wine, which is left unfiltered and unfined and has no added sugar, sulphur or riddling agents. Vagabond also makes a similar style wine, which it calls ‘Pet-Not’.

For something a bit different, Tillingham in East Sussex has a range of wines that fit the bill. The brainchild of the former CEO of Gusbourne, Ben Walgate, the winery produces a col fondo, another term for undisgorged, using a blend of Pinot Noir, Chardonnay and Meunier. 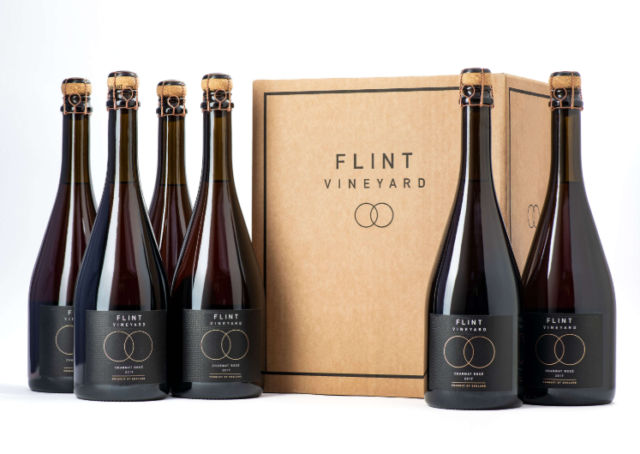 While the majority of sparkling wine produced in England and Wales is made using the traditional method, there are examples of tank method fizz.

Among the first to enter the category was Fitz, based in West Sussex, and Norfolk’s Flint Vineyard. Fitz specialises in Charmat method bubbles, producing two wines (a white and a rosé) from a blend of grapes, including the traditional Chardonnay and Pinot Noir alongside Seyval Blanc, Reichensteiner, Madeleine Angevine and Rondo.

Tillingham once again delivers the goods, making a pétillant rosé made predominantly from Pinot Noir. Fermented in stainless steel tanks as a still wine, a small amount of skin contact Ortega is added prior to bottling with some residual sugar that ferments in the bottle to give the wine a gentle sparkle.

Also a fan of the soft bubbles is Sussex’s Albourne, which launched what it claimed was England’s first frizzante made from Bacchus last year. Also using Bacchus to make a tank method sparkler is Kent’s Chapel Down, with a fruity, fizzy number priced below the estate’s traditional method sparkling.

Qvevri, or kvevri, a term given to large terra cotta pots used to ferment and age wine, are more normally associated with Georgia. That was until Walgate of Tillingham got his hands on some.

The estate’s Qvevri Dharc 2018 is made from 100% Chardonnay, grown in two different sites. The grapes were foot trodden and then divided into two qvevri, one with 10% skins, the other without. After six months in the vessels, the wine is pumped into a fourth fill oak barrel for another six months before being bottled with no fining or filtration.

Orange wines, made from white grapes that have been left in contact with the skin during fermentation, have also started appearing in the UK.

Organic and biodynamic producer, Ancre Hill in Monmouthshire in Wales, makes a quirky amber-hued expression made mostly from Albariño, which is fermented in oak and stainless and aged on its lees for 10 months. Surrey-based Litmus also makes an orange from Bacchus grapes, which is aged in two to five-year-old French barriques for nine months. The wine was listed in Waitrose last year. 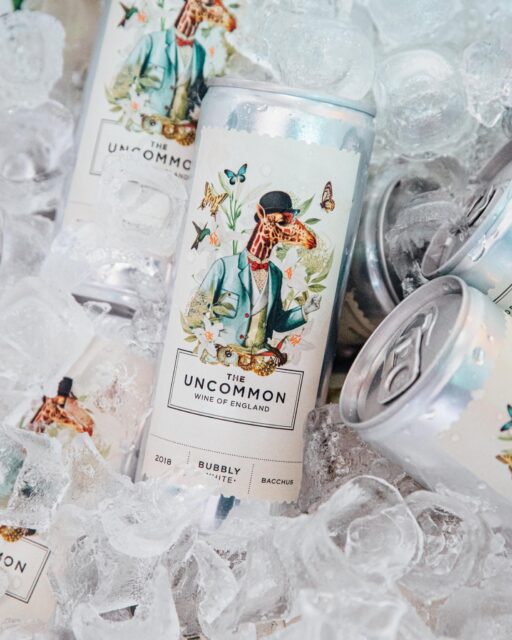 Some producers have gone so far as to shirk the bottle altogether. English canned wine brand The Uncommon launched in 2018 with a lightly sparkling Bacchus using grapes grown in Surrey. It subsequently has produced a canned sparkling rosé from Pinot Noir, and more recently has launched a white and pink wine spritz, a blend of wine, water and botanicals.

Gloucestershire-based winery Three Choirs has also launched a selection if its wines in cans. The white wine is a blend of Madeleine Angevine, Phoenix and Seyval Blanc grapes, the “fresh off-dry” rosé is made from Phoenix, Seyval Blanc and Rondo, while the “light fruity red” is a blend of Regent, Rondo, and Triomphe. 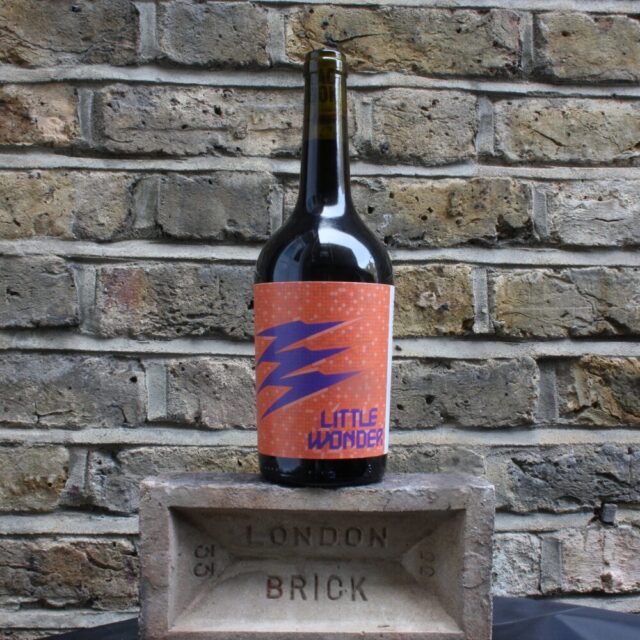 As mentioned, the UK has become increasingly viticulturally diverse as the wine industry has expanded. Among the more unusual varieties is Swiss hybrid Cabernet Noir, championed by the likes of London’s Blackbook. Sergio Verrillo, co-owner of the urban winery, believes the grape could provide the solution to the “desperate need” for fuller bodied red wines made in the UK.

Other uncommon grapes include Gamay, more normally associated with Beaujolais, but in the UK championed by producers such as Biddenden in Kent.

Bluebell Vineyard in Sussex produces wine from Chasselas, the most widely planted white grape in Switzerland, and Merlot, which winemaker Kevin Sutherland says can be “challenging to say the least”.

Astley Vineyard in Worcestershire meanwhile is known for its Kerner, a cross between Schiava Grossa and Riesling developed by August Herold at the Weinsberg research centre in southern Germany in 1929. According to Wine Grapes, it is named after the 19th century Württemberg doctor Justinius Kerner who recommended that his patients drink a glass of wine “as the best natural medicine”. There are just nine hectares planted in England. Astley makes a still, sparkling and orange Kerner. 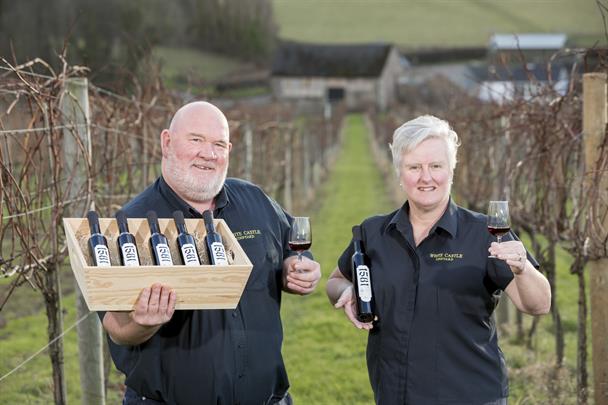 Believe it or not, there is now fortified wine made in Wales and sparkling red made in West Sussex.

In 2018, White Castle Vineyard in Monmouthshire, Wales released the country’s first fortified wine. Described as “similar in style to port”, with an ABV of 19%, the so-called 1581 wine is made from Regent grapes.

Bolney’s Cuvée Noir, meanwhile, is made from 100% Dornfelder grapes to give a sparkling red wine bursting with blueberries, redcurrants and ripe cherries.

From the unfamiliar to the familiar, but in a different guise, Kent’s Simpsons Wine launched the UK’s first still white Meunier. Made using clones 798 and 799 from the estate’s Roman Road vineyard, the grapes are hand-picked and whole bunch pressed before being allowed to cold settle for 48 hours. The wine then undergoes a long, slow fermentation and full malolactic fermentation.

Herefordshire’s Sixteen Ridges, meanwhile, has previously made a white Pinot Noir in the same vein. 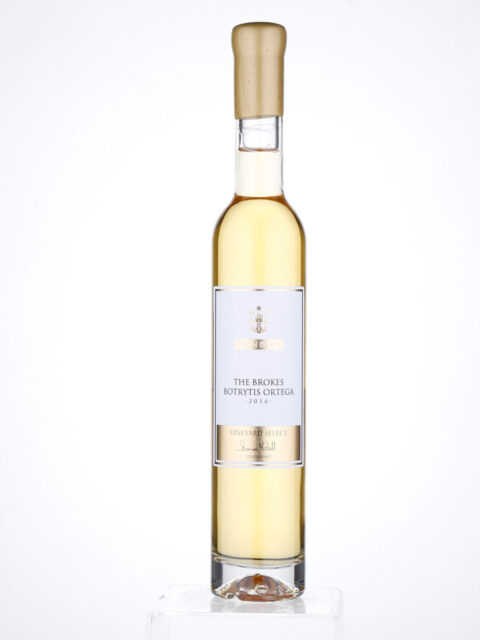 The UK produces a larger array of sweet wines than you may think. From traditional method demi-sec sparklers to luscious stickies, there are dessert wines aplenty.

If still sweets are more your bag, there are an assortment of choices available. Hampshire’s Hattingley Valley makes a dessert wine from Bacchus called Entice. With an ABV of 10%, the wine is made from grapes that have been frozen after picking and then pressed for 72 hours.

Also made in this way is Nottinghamshire-based Eglantine’s North Star, which is made only in years where the grapes achieve optimum ripeness.