Founder of Bodega Tapiz, Patricia Ortiz, has revealed that her Patagonian winery Wapisa is experimenting with underwater ageing, submerging 1,500 bottles of a Malbec blend in the sea for seven months. 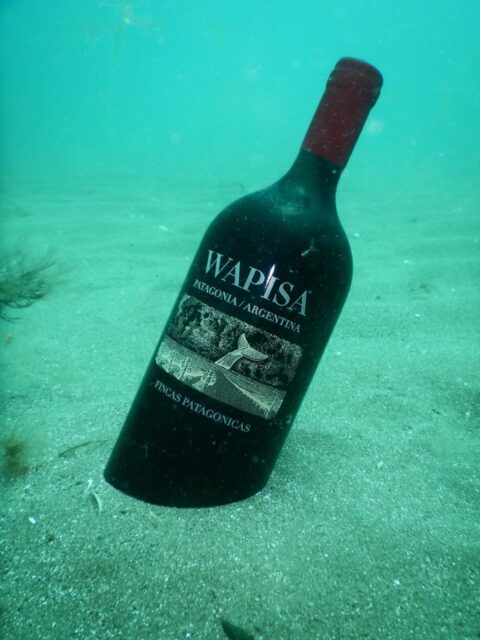 Ortiz states the the project conducted by Wapisa, which is part of Fincas Patagonias, is the first of its kind in Argentina.

Wapisa is ageing a total of 1,500 bottles of a Malbec blend for seven months at different depths as part of its new “coastal terroir” project.

The bottles were placed in three crates between six and 15 metres off the Atlantic Río Negro coast.

Ortiz said she was inspired to begin the project after hearing about the recovery of bottles of 170-year-old Champagne from a shipwreck in 2010.

Though not directly involved in the project, consulting winemaker Jean Claude Berrouet, formerly of Petrus, is looking forward to tasting the results of the experiment with Ortiz and the winemaking team this year. The wines will be tasted alongside their cellar-aged counterparts, with Ortiz keen to see whether the seven months of underwater ageing can “reflect up to seven years” of cellar ageing.

She commented: “We are excited to see whether incorporating the ocean into the ageing process will redefine the wines of Wapisa. We are looking forward to making wines that not only reflect the unique coastal terrior of Wapisa but also encompass the impacts of the sea.

“We wanted to start with red wine, as we believe it will age best, but have a few others that we are aging underwater as well to compare the evolution.”

Founded in 2017, Wapisa is based in Río Negro, 25 miles from the sea, and also produces Sauvignon Blanc and Pinot Noir sourced from its Los Acantilados estate. Fincas Patagonias is comprised of Wapisa as well as Uco Valley based Tapiz and Zolo, which is located in Luján de Cuyo.

DRAPPIER: SEA-AGEING CHAMPAGNE IS LIKE POACHING MEAT RATHER THAN PAN-FRYING