Beer often gets a bad rep for being fattening, despite the fact that it is actually comparable in calories to other alcoholic beverages. But enjoying a brew doesn’t mean having to be cautious of calories. There are plenty of beers out there aimed at those watching their waistline, and they aren’t necessarily non alcoholic or with a very low abv. 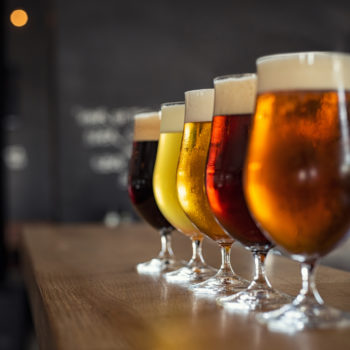 It’s true that in general the lower the abv, the fewer the potential calories. But it doesn’t mean you only have to choose low and no-abv serves to retain your virtue. In fact, there’s never been a better time to dive into the lower calorie/light beer market.

With consumers more health conscious than ever, manufacturers are working to become more transparent than ever when it comes to the nutritional value of their products. In September last year members of industry body Brewers of Europe pledged to add an ingredients list and calorie count on all beer bottles and cans by 2022. Tennent’s became the first alcoholic product in the UK and Ireland to display calorie info on its packaging in 2016.

For the purposes of this round-up we have included only beers of 3% abv and higher. The tendency, however, is for most low calorie brews to be lagers, which typically have a lower ABV. But that would make for a very dull selection indeed. So in this list we have also included other styles representative of their category as some of the lowest calorie brews on the market.

NB: All nutritional information is as comparable as possible, based on the information provided by each brewer. A 12oz standard US can equates to 354ml, which is comparable to a 330ml bottle, a more common measure in the UK.

Watch our quick rundown of five of the least fattening beers in the world right here:

Guinness is typically perceived as being higher in calories than a lot of beers, perhaps due to its creamy top and rich flavour, but it is actually not much more calorific than many lighter beers, and in many cases less so. Its dark colour and sweetness come from small amounts of roasted barley, while the creamy texture results from its use of CO2 and nitrogen in its carbonation, compared with normal beers that only use carbon dioxide. Nitrogen bubbles are smaller than CO2 bubbles, resulting in a smoother mouthfeel. It carries just 125 calories per 12oz serving. That’s around 210 per pint. 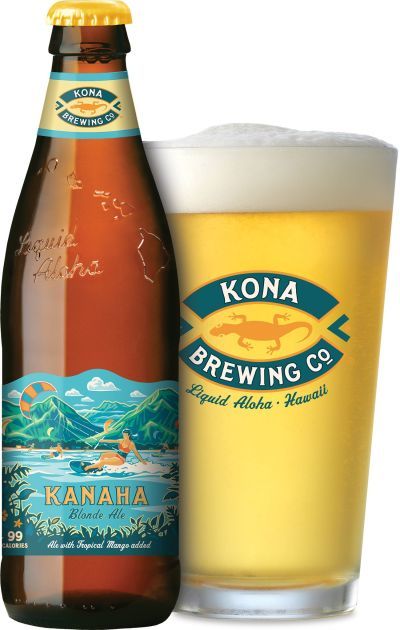 Hailing from the far off shores of Hawaii, the Kona Kanaha blonde ale has just 99 calories per 12oz serving, with a “crisp, tropical flavour” owing to its composition of Millennium, Mosaic and Amarillo hops. Kona Brewing Company was founded by father and son team Cameron Healy and Spoon Khalsa in 1994. Today, their Big Island brewery has become home of one of the best-selling craft beer brands in the world. 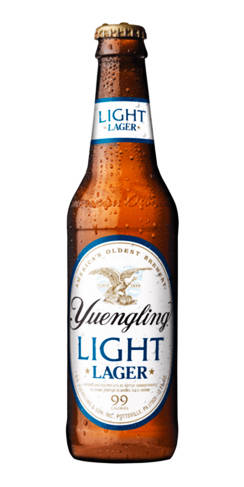 Brewed since 2001, Yeungling’s Light lager is made with a combination of Cascade and Cluster hops, and has been brewed to mimic the brewer’s flagship lager brand, Yuengling, which is America’s oldest brewery. Now also one of America’s biggest brewers, it was founded by David G. Yuengling in Pottsville, Pennsylvania in 1829, initially as the Eagle Brewery. It changed its name to D.G Yuengling and Son in 1873. 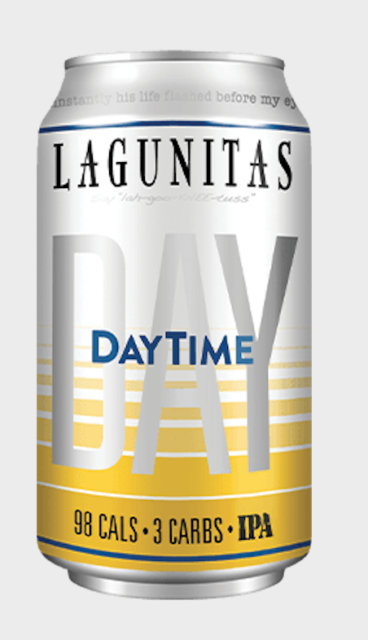 The Lagunitas brand was founded in California in 1993 by home brewer Tony Magee. In 2015 Heineken purchased a 50% stake in the company. Then, in 2017, the company acquired the remaining 50% stake with Magee remaining its executive chairman. Its DayTime session IPA is a permanent brew in its portfolio, and one of the lightest craft brews on the global market.

Upping the ante in its non-alcoholic ambitions, in 2018 the brewer launched a non-alcoholic sparkling water inspired by its flagship IPA beer. Named “Hop Water”, the new beverage contains no alcohol, no calories, and zero carbohydrates, and is made with Citra, Equinox, and Centennial hops.

Miller Lite, also known as Lite, lays claim to being the original ‘light’ beer brand, conceived by Frederick Miller in 1975, and was one of the first mainstream light beers. 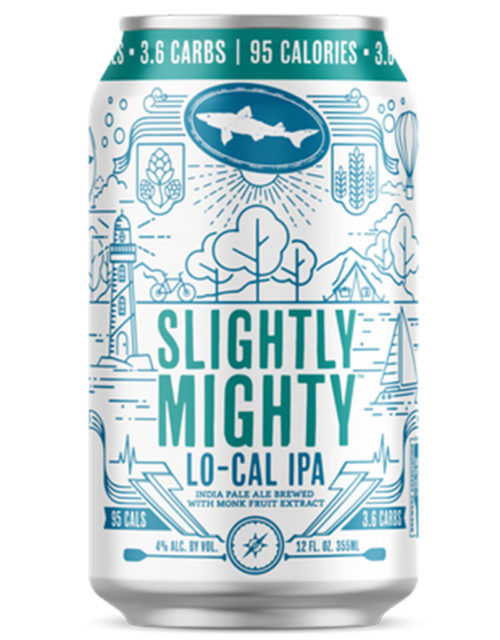 Dogfish Head’s Slighty Mighty IPA is the result of 12 months research and development, followed by “months of fine tuning” to create a beer that “has all the character of a world class IPA, but with only 95 calories”. The team used monk fruit in the beer’s production, a Chinese delicacy that is sweeter than sugar per ounce and boosts the body and complexity of the beer, but with no calories.

“Most light beers are watery and lack body, but with Slightly Mighty, the monk fruit essentially acts as the beer’s skeleton, on which mighty hop muscle and flavor can be built,” its makers say. “It allows us to reduce the malt bill and avoid any unnecessary unfermentable sugars, and consequently deliver a beer that is lower in calories and carbs, and perfectly balanced.”

The resulting beer is said to exude notes of pineapple, coconut, mango and citrus. 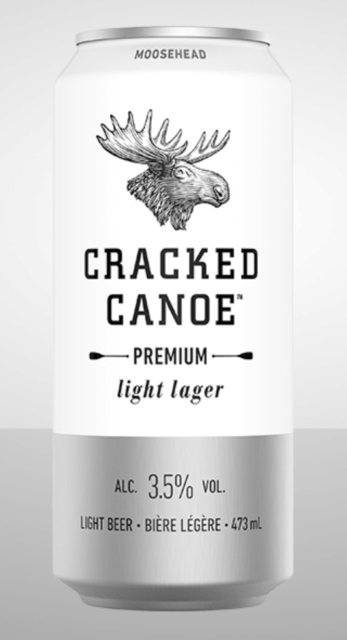 Canadian brewer Moosehead created its ultra light Cracked Canoe lager for those who “refuse to compromise their active lifestyle or their love of great beer”. Although sadly it only appears to be available in Canada.

Based in New Brunswick, last year the brewery donated $25,000 to increase the height of the province’s ‘Mac the Moose’ in order to regain its title as the ‘world’s largest moose’, a crown it lost to a Norwegian competitor in 2015. At a height of 9.8 metres, Mac was once the world’s largest moose, but lost his crown when Norway erected Storelgen, that surpassed him by 30 centimetres. 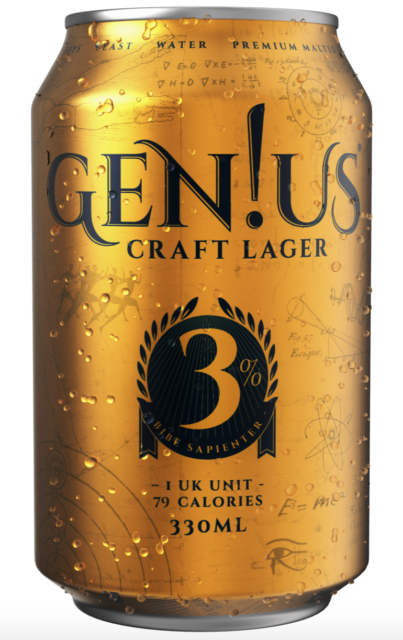 Last year British brewer Gen!us launched a light beer aimed at those looking to drink ‘smarter’. Made with pilsner malts and three hop varieties, Gen!us craft lager comes in at 79 calories a can, which is also exactly one unit, helping people to keep track of their drinking more easily.

The light beer is available in select UK bars but also online at £1.99 per can. 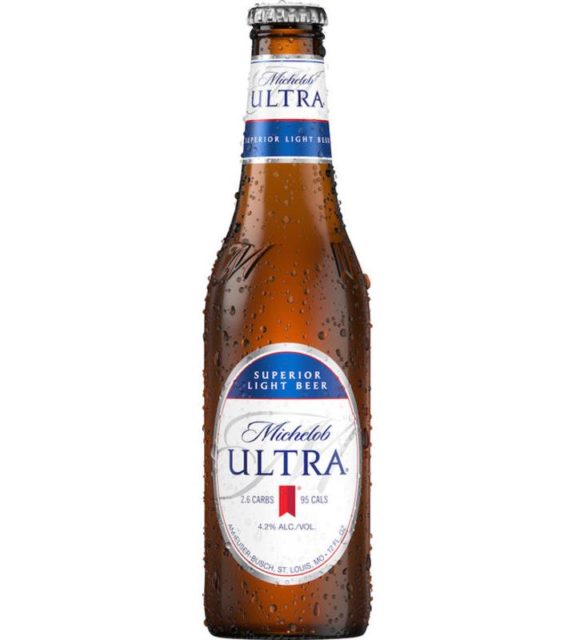 An ultra light beer, the Michelob brand was developed in 1896 as a “draught beer for connoisseurs”. Still going strong, the brand has carved an established niche with those looking for a lighter beer, thanks in part to big budget marketing campaigns (including the 2018 Super Bowl), which have seen it further push its low calorie messaging.

Previous high-profile actors to appear in its adverts include Zoe Kravitz and Chris Pratt, while it has also secured sponsorships with sporting activities including the World Surf League, Virgin Sport and the Ryder Cup. 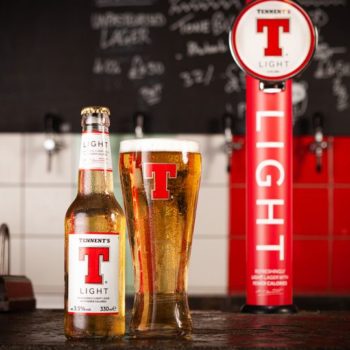 The lightest of the light, earlier this year C&C Group-owned beer brand Tennent’s launched a new lager containing around the same amount of calories as a low ABV or alcohol-free beer. Tennent’s Light has an ABV of 3.5% and contains just 20 calories per 100ml, equating to 66 calories per 330ml bottle.