“‘We are still producing and we will continue to produce as long as we are able to,” said Dr. Andreas Brokemper, CEO of Henkell Freixenet, about his group’s Prosecco facility in the heart of Italy’s Valdobbiadene. 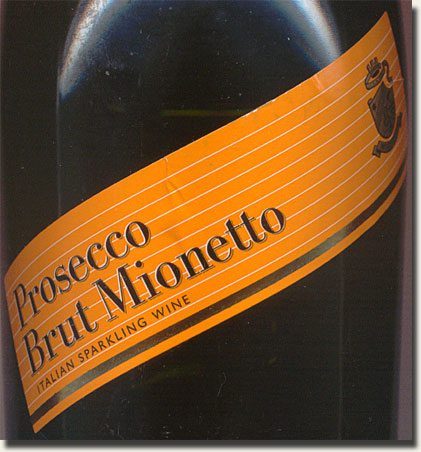 During a telephone interview with the drinks business this morning, Brokemper, who heads up the world’s largest sparkling wine business, spoke frankly about the challenges of running a major global producer, and supplier to the trade, during the current Covid-19 crisis.

In particular, as the owner of Mionetto Prosecco, as well as further branded Proseccos under the Freixenet and I Heart labels, he said that the group’s operations were running, but were of course under threat as the situation worsens in Northern Italy, the worst affected area in Europe for Covid-19.

While he assured db that Henkell Freixenet were still running its winery in Valdobbiadene, he expressed concern that the conzorzia that govern the production of Prosecco may struggle to stay on top of the authorisation process needed for every bottle released from wineries in the DOC and DOCGs – including the ‘strip stamps’ for each unit.

“The Italian state is doing its utmost to retain the production of all food and beverages, but it also needs to care for all other elements, and the authorities have to work to give certificates for the Prosecco producers and these need to be delivered,” he said, suggesting this may be threatened by the lockdown.

Meanwhile, he said that the group’s business for supplying the hotel, restaurant and bar trade across Italy has “closed down 100%” and has been for the past 10 days.

“It’s the same situation for our businesses in Spain and in France too,” he said, although the decision to shut down these operations was made only yesterday.

While the group’s other production facilities are operational, Brokemper said that its winery in Sonoma, Gloria Ferrer, had been closed, “which was decided by the State”, he said.

“The number of coronavirus cases in the US are going up rapidly and the US is now preparing a state-by-state close-down of on-premise locations,” he said.

As for the UK, he gave this warning, “I hope you learn from other places and don’t wait too long.”

More generally, he said that the strategy for Covid-19 at Henkell Freixenet was two part. “First of all we must protect our employees; secondly we must try to supply our products, which for the moment is working pretty well, and hopefully will continue to for the coming weeks.”

In terms of demand, he remained hopeful for consumption trends at home, but the situation for the on-premise is of course bleak.

Commenting that people “don’t stop consuming when they isolate at home”, he recorded how Italians had taken to toasting each other from their balconies,” adding, that “there is a sense of solidarity among the people – they want to keep a social life, even if it’s from a distance.”

Continuing he said, “We believe that it is important for people to keep some form of normality and to have a glass of wine or beer is part of keeping a normal life for everybody.”

However, he added, “The impact on the on-premise will be tremendous, and without a huge and very unbureaucratic help by different countries and state authorities, this [Covid-19] will have a tremendous impact – businesses are being forced to close so they will have to carry the costs with no income.”

As for the length of time he was expecting the impact of the virus to be felt, his view is that it will be an issue for the trade until at least the third quarter of this year.

“It is too optimistic even to think that it will be over in May or June, and I think I will stay until Q3, but hopefully not until the end of the year,” he said.

While he told db that the group had a high stock level, which was prepared at the beginning of the year, he said that it was not enough to last until the summer. Indeed, finishing on a positive note, his belief is that the group will need further supplies as people across Europe and the US will certainly be desiring plenty of drink to fuel celebrations when their period of self-isolation is finally over.