The UK’s oldest wine merchant, Berry Bros. & Rudd, hit its highest sales since 2010 last year, posting a net profit of over £1.76m for the year, a strong recovery from last year’s losses. 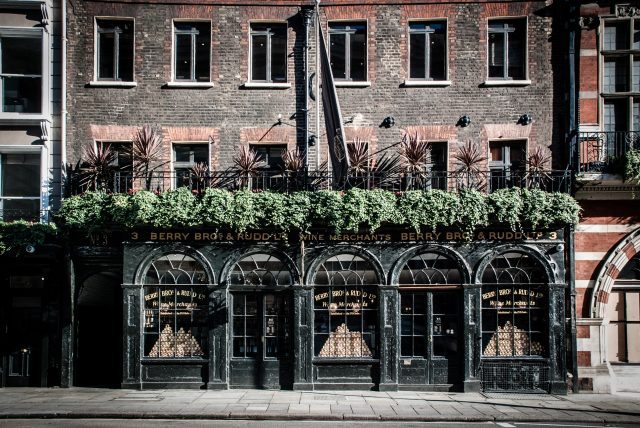 Private client sales contributed more than £2m more to sales this year than last, to around £117.5m, it said, accounting for 62% of total revenue.

Sales at the group’s flagship Pall Mall store were also up by 24%, while events and education grew 4%.

The strong performance was achieved “within the context of a challenging economic and political environment and a competitive markets”, the company statement said, after Berry Bros focussed on redefining its core operations and re-centring its attention on the customer, as well as improving its working capital in the light of Brexit uncertainty.

The wine merchant also saw turnover of £34.3m from its San Francisco based spirit arm, Hoteling & Co, which it said was going “from strength to strength”.

“Having defined Hotaling’s future growth strategy which aims to improve the mix of own brand products in the portfolio and develop into the spirits-based hospitality space, we are excited to see where this business will take us.”

There have been a number of changes at the wine merchant in the last year. In January CEO Dan Jago stepped down from the role after three years, with Lizzy Rudd, who was appointed interim executive chairman later confirmed as the firm’s new boss.

Chief financial officer Chris Robinson, who had worked with Jago at Tesco, also stepped down from the UK fine wine merchant in August.

In July, the merchant announced it would wind up its wholesale business in Hong Kong in order to focus entirely on its private customer business.

Earlier this year BBR, the Queen’s wine merchant, is set to extend its reach to the lucrative commuter market as its confirms plans to supply a new concession in Victoria Station.