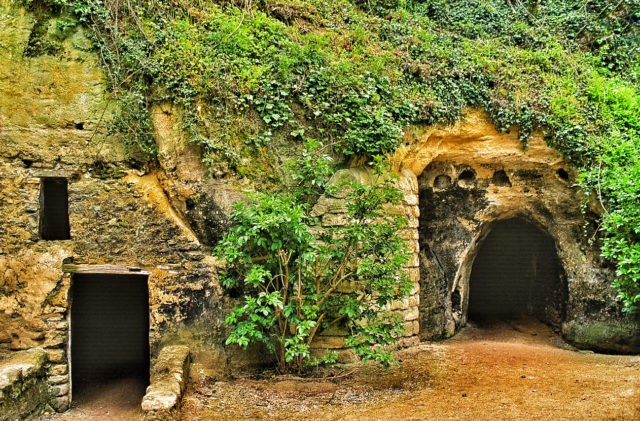 When you think of French wine, what springs to mind first?

Is it the historic villages of Bordeaux? The immaculate, pristine estates in Champagne? Or maybe the sleek, high-fashion resorts in Provence, pumping out oh-so-trendy salmon pink rosés before they’re guzzled down at Soho House? How long does it take you to turn to the Loire Valley?

The Loire is France’s largest white wine region, the second largest for sparkling wines, and its third largest overall producer of AOC wines. Studded with Renaissance palaces that inspired the likes of Walt Disney, it is a region steeped in history and integral to France’s cultural fabric, but these days, it tends to fly under the radar.

Much is written about the boom in sparkling wine sales worldwide, and this is one of many regions riding the wave. Exports to the UK rose by 90% in the past year (up from 34% the year before), and volumes were up an equally impressive 71%, making the sparkling wine by far the biggest contributor to growth.

Between the bookends of Muscadet and Sancere is a melting pot of fairytale Châteaux, landscaped gardens, and 79 AOCs producing everything from ripe and mouthwatering Coteaux du Layon, to reasonably-priced fizz, to fragrant, spicy, smoke-laced Cabernet Franc.

With such a vast array of grape varieties, soil compositions, blends and expressions, it’s easy to see why the region is simultaneously being left behind by mainstream consumers, but heralded as a region worthy of an advanced course at the Wine Scholar Guild.

Overall, Loire’s sales increased by 5% in volume to the UK and 9% in value in the year to 30 June 2019 according to industry body Interloire, but since 2017 UK exports have declined by 8% in volume and 3% in value, and still below 2015 levels, with white wine production in particular being hit by inclement weather.

It is, perhaps, best known in the wine community for Chenin Blanc, and produces 92% of France’s Chenin wine, according to figures from Interloire. Estates in Loire have also planted a further 659 hectares of Chenin since 2012, so despite a surge of cheaper versions coming out of South Africa, there seems to be a lot of faith in its success here.

The Loire Valley is something of a hub for organic viticulture. Wineries certified as organic in 2018 cover just over a quarter (26%) of the whole region, according to Interloire. It also ranks fourth in France for total area of organic production.

During a recent visit, Interloire said that it hopes 1/3 of the region’s producers will be farming without pesticides within a few years.

“It has definitely gotten faster,” said Sylvain Naulin, director general of Interloire, told db, adding that some distributors in France are now demanding this level of care and attention in the vineyard.

It is particularly appealing for the on-trade. Domaine les Grandes Vignes, a family estate of about 50 hectares of vines in the Loire Valley, has been certified as organic since 2008, and biodynamic since 2012. Here, weed control between the vines is taken care of by sheep. It has produced the house red and white wine for Jason Atherton’s flagship restaurant, Pollen Street Social, in London, for about three years.

Domaine Yannick Amirault in Bourgeuil has been certified as organic since 2008, but fertilisers haven’t been used there since 1983, and interplanting of the rows with grasses has removed the need for herbicides.

Benoit, who is third generation winemaker at Amirault, said “during the time of my father it was the time of weed-killing and fertiliser…for me it is a new challenge.”

Today in Bourgeuil, where there are just around 80 estates, roughly 40% of vineyards are organic, Benoit said.

“It’s a lot of noise from a small proportion,” Naulin said, but he predicts the global trend will become even more important in the region as more producers swap from applying pesticides to copper in their vineyards.

In fact, using copper is not always enough. Many producers in other parts of France, like Champagne, believe eliminating the use of copper as a fungicide in vineyards will be the biggest issue for the wine business over the next 10 years.

Both conventional farmers and those practising organic or biodynamic methods use the metal, which is an effective control for downy mildew when it is sprayed on the vines as copper sulphate (also known as Bordeaux mixture), but this in itself can be damaging.

Copper degrades extremely slowly once it is washed off the plants into the soil, and can lead to lifeless soils if the substance is allowed to build up.

The European Commission has implemented a lower limit for copper application under organics from 2019, from its current cap of 6kg/ha/year over a five years, to 4kg/ha/year over seven.

Now, some estates are looking at new ways to farm organically without using copper sulphate.

Chateau Pierre-Bise in Savennieres, which only recently gained organic certification, has enforced “non-action”, sustainable practices in its vineyards for years.

Sheep are currently used to mow grass between rows, but now the estate is using a steamer to cut the grass before letting it sit between the rows as a “natural insulation” against frost and mildew.

In fact, the estate is building a new weapon in the fight to cut chemicals from the vineyard.

The owners have cobbled together a power-steamer from lawnmower parts and duct tape that kills harmful microbes that could infect the grapes with mildew, but leaves the fruit itself unscathed.

Claude Papin, winemaker and owner of Château Pierre-Bise, is a leading light in Savennieres’ sustainable viticulture. He told db the estate has been certified as organic since last year, but that is only the beginning.

“We don’t touch the ground at all,” he says, adding that the eccentric device helps vineyard workers protect the vines without using harmful chemicals. The steam doesn’t go within 30cm of the vines themselves, he said, meaning they are safe from sterilisation.

The machine is a prototype for now, but Claude told db he thinks it will be ready for everyday use in about 2 years.

Producers in Loire champion sustainable viticulture in spite of it actually being more difficult here than in warmer, drier, parts of France where the weather is more dependable.

Some estates in Loire have lost as much as 60% of their crops this year, due to a cold snap in April, followed by a drier-than-usual summer, which meant that the grapes that did survive the spring frosts were starved of water and nutrients.

Typically, wineries in much of the Loire Valley begin harvesting in October, but due to the rainfall this year, some started much earlier.

the drinks business visited when estates had just started to pick their Chenin Blanc grapes, and found that, while the UK is reaping the benefits of a new climate to produce premium sparkling wines, a few hundred miles away across the channel, this ancient patch of France’s viticultural landscape is buckling. Many now regularly begin their harvest weeks to a month earlier than what was the norm a decade ago, and work faster than ever before. Papin told db his team of 17 took just one day to complete a harvest at Savennieres; a feat, he said, would have been inconceivable before.

Benoit Amirault, a third generation winemaker who heads up domaine Yannick Amirault in Bourgeuil, said that the changes to the local climate in recent years have made it “harder to have consistency” in yields and in the quality of the wines. His brother, head of commercial sales Michelle, said that in 2016, the estate lost around 60% of its yield due to frosts sweeping through the whole region.

“Climate change is the biggest challenge”, he said, as “it is hard to keep a considered style.”

Despite this, Benoit doesn’t think producers in Loire will abandon organics any time soon.

“It makes it harder for everything,” he said. “We will not stop doing things the organic way.”