Spirits group William Grant & Sons has released its annual drinks market report, outlining the trends that have defined the spirits industry so far this year. 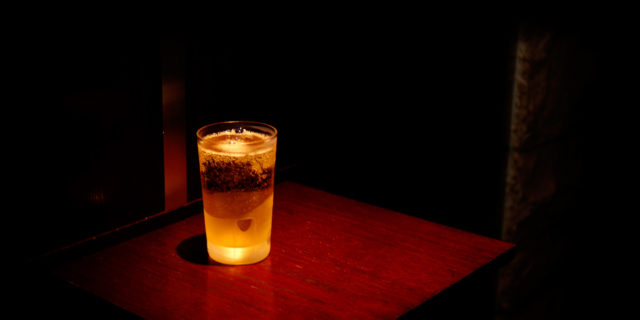 The report, which was unveiled at an event in London on Tuesday 22 October, outlines the habits and behaviour of today’s drinkers, in an effort to explain why spirits groups are developing the products they are.

As well as taking deep dives into the performance of spirits categories such as whisky and gin, the report also sheds light on what is happening in bars around the world.

We’ve listed the top trends William Grant & Sons has picked up on this year, from supplying never-ending ranges of quirky craft gins, to innovative drinks menus. 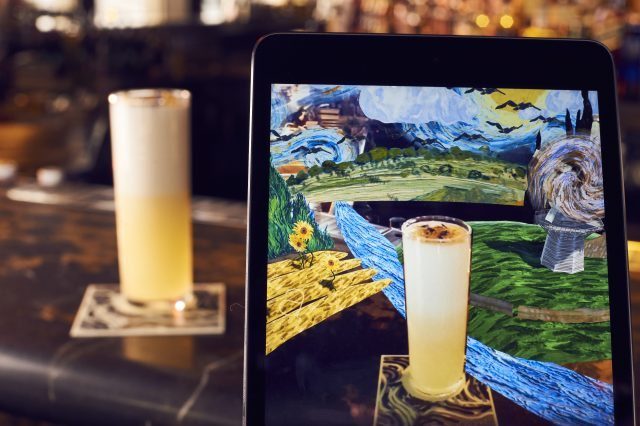 Menus with a twist have been emerging in London and beyond over the past two years.

Last year, social media company Twisted launched a pop-up bar in London, that used data collected from likes, shares, and views on its social channels to dictate its cocktail menu in real-time. Meanwhile, Michelin-starred restaurant City Social in London launched an augmented reality cocktail menu called Mirage, which takes imbibers on a journey of art through the ages. Upon booking, customers are invited to download a purpose-built app, created by Mustard Designs. The app, in terms of MB, will be around “the same size as Facebook,” Atherton said.

“With ever increasing back bars, a greater number of brands and unusual ingredients the bar can be a difficult place for consumers to navigate and can be confusing when it comes to ordering a drink,” the report said.

“This means the menu is a vital tool in bringing drinks offerings to life and an essential for venues. From the world’s top bars through to National Groups, 2019 saw venues getting creative with their drinks menus to ensure stand-out from the crowd.”

At the American Bar at The Savoy, for example, the most recent menu creation sees a list of 20 cocktails all inspired by the musicians who have played at the American Bar throughout its 130-year history, according to the report.

Meanwhile, Soho’s 100 Wardour Street launched a daring politically-themed cocktail menu for the first time this September, with the drinks themselves sending up world leaders from Theresa May to Kim Jong Un. 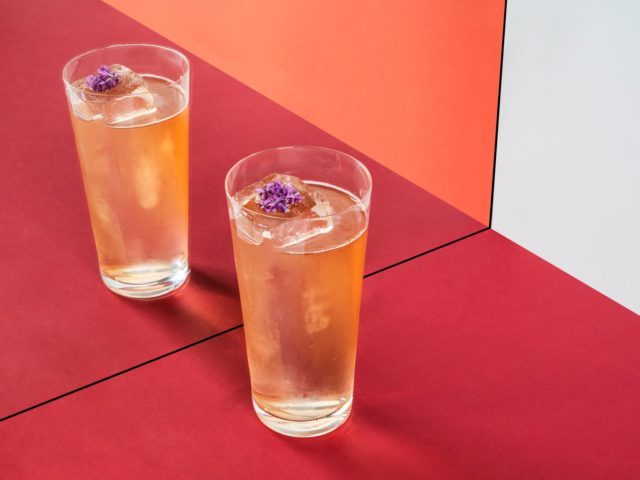 At the other end of the spectrum, some high end bars are making consumers’ lives less complicated by stripping down cocktails.

In April this year Artesian at The Langham hotel in London, launched a new menu, consisting of cocktails made from just two ingredients; a “carefully selected spirit”, and one flavour designed to showcase its key characteristics.

Minimalist menus have cropped up in a fair few premises this year, coinciding with an explosion of new “craft” spirits launches in every category from gin to spiced rum.

William Grant & Sons’ report states that many bars are “moving away from using complicated, unrecognisable ingredients to creating simple yet innovative drinks.”

Although the flavours are paired down, quite often the mixers have been carefully crafted in-house by the bar team. At Scarfe’s Bar in Holborn’s Rosewood Hotel, the team have repurposed a broom cupboard behind the bar as their own laboratory of sorts. Here, the team distill and ferment cocktail ingredients such as banana wine, using leftover fruit from the hotel lobby.

Back at Artesian, The Monkey Shoulder and Yuzu cocktail is created using sous-vide yuzu, where the flavour is extracted at low temperatures. 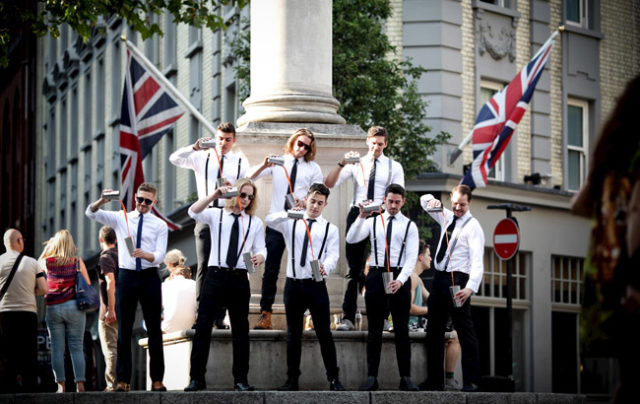 Bar takeovers are more popular than ever before, at least if London Cocktail Week is anything to go by, and the latest market report shows this is a trend that is here to stay.

The newly-opened Lyaness hosts a monthly take over, sending bartenders all around the world to solidify their status as leaders in the premium on-trade.

In Helsinki, Goldfish invites bars from all around the world and then hosts them, before heading back to reciprocate.

This year’s London Cocktail Week event saw hundreds of bartenders hit the capital for swaps and takeovers throughout the first week of October.

Takeovers allow bars themselves to swap recipes, methods and ideas, as well as plugging each other to interested consumers and establishing themselves as a brand.

They also give bars a reason to be active on social media, posting updates about the aforementioned takeovers and tagging the respective bars and bartenders in them. Simple moves like these allow bars and bartenders to build their own brands and be seen as authorities in their field of work.

“Designed with the aim of bringing maximum global exposure to the bar and bar team, guests can experience a little taste of what it would be like to visit one of these much talked about venues in their very own city.” 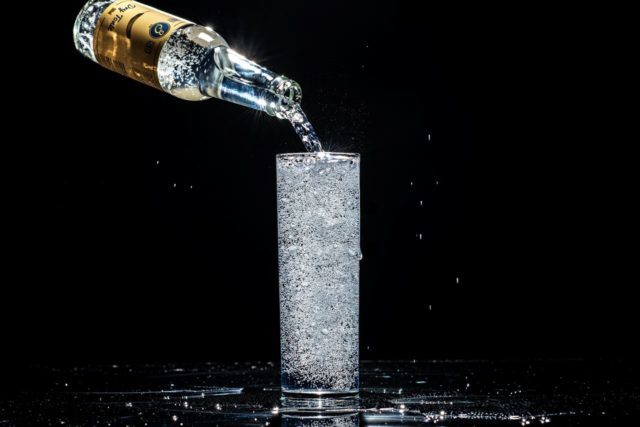 Fizz is everywhere right now, whether its the booming sales of Prosecco and sparkling wine, or the rapid expansion of the premium mixer sector. This year’s London Cocktail Week even saw a masterclass dedicated to the history of carbonated water. Last year, one of the most sought-after serves became the Aperol Spritz; orange Aperol liqueur made by Campari, mixed with Prosecco and soda. Aperol sales were up nearly 25%, according to Campari.

The report states that bubbles are “no longer solely reserved for champagne and sparkling wines.”

“Bars are constantly looking to create a point of difference so the ability to carbonate their own sodas in-house offers both flexibility and creativity, simply by adding one interesting step to the process.”

Singapore bar Operation Dagger, which was voted 24th this year by The World’s 50 Best Bars, boasts a full menu of home-made sparkling cocktails, all of which are carbonated in-house. 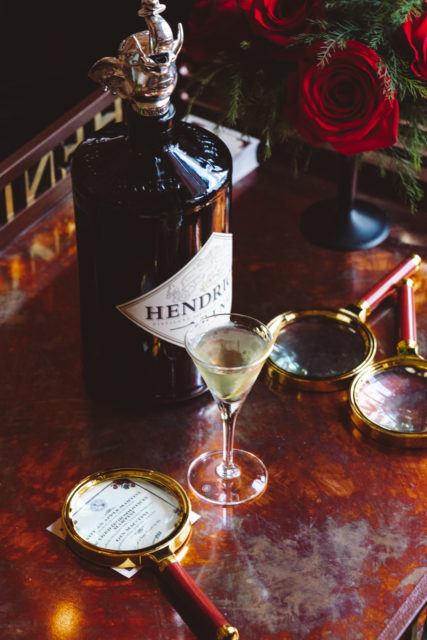 It’s safe to say that, when it comes to bars in the UK, the past decade has been defined by gin. A staggering 402 new gin brands have entered the market since May 2016, 367 of which are premium brands.

The premium gin consumer has an average repertoire of 7.3 more gin brands than the average gin consumer (6.9) and this is increasing year-on-year.

Due to this overwhelming glut on brands on the market, William Grant & Sons believes brand identity, provenance and point of difference will be more important than ever for producers and bars looking to stand out from the competition.

“Focusing on the craft and quality aspect of gin will encourage consumers to trade-up to buy better quality gin as a special treat for themselves,” it said.