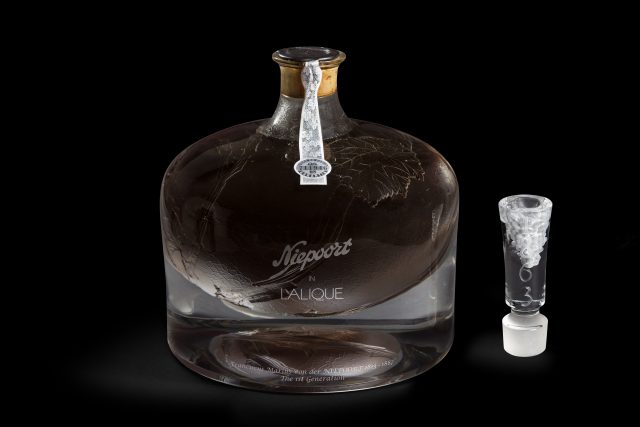 Housed in a 1.5 litre Lalique decanter, the Port is one of just five that have been bottled from the final demijohn at the Niepoort cellars, nine of which were originally filled on 18 September 1905 by Dirk Niepoort’s grandfather, Eduardo.

Sold by Acker Merrall & Condit last weekend (3 November) the auctioneer reported “fierce competition…from its opening bid”, and the final hammer price ended up being six times the pre-sale estimate and $100,000 dollars higher than the last record claimed for Port at auction.

It was also the top-selling lot at the sale, beating the normal high profile contenders from Burgundy, Bordeaux and Napa.

Chairman John Kapon said the result was, “a testament to the longevity of these great wines and the family that has led this house for five generations.”

To begin with, Taylor’s has released two editions of ‘Scion’, an extremely old tawny Port, starting with an 1855 and following up with an 1863, while Graham’s released an 1882 tawny Port it called ‘Ne Oublie’ in 2014.