Brewdog raises over £26 million from donors in 5th crowdfunding round

Global craft beer brand Brewdog has made more than £26 million in a crowdfunding campaign spanning 12 months. 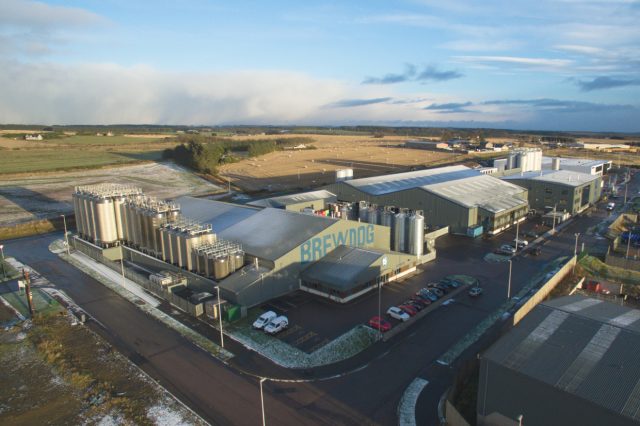 The company secured £26.2 million from around 50,000 investors in its fifth crowdfunding campaign, bringing its total number of investors close to 94,000.

The campaign — which the brewer calls Equity for Punks V — was initially launched in October 2017, with a proposed target pf £10 million, a figure it reached before the end of the year. The raise was extended to October, with shares costing £23.75 each and issued in blocks of two, with a minimum investment of two shares for £47.50.

The money, Brewdog said in a blog post on its own website, will go towards the company’s production arm. Funds will be used to support the development of Brewdog’s two breweries in Ellon, Scotland and Columbus, Ohio, as well as accelerating the construction of its upcoming brewery in Brisbane, Australia, as well as a proposed facility in China.

Last week, the brewery released its ‘BrewDog Blueprint’, which outlined specific targets for the business which included a Brewdog bar franchise, re-introducing cask beer to its bars, and a new craft-focused festival — Metro — set to launch next month.

James Watt, Brewdog’s founder called the crowdfunding campaign “the most successful equity crowdfunding round the world has ever seen.

“We’re thrilled to have expanded our awesome global community, which is the lifeblood of our business.

“The craft beer revolution shows no sign of slowing down, with thousands more joining the BrewDog fold and demonstrating their support for a business built on passion and soul.”