Activism is the new buzzword in advertising, according to the execs at William Grant & Sons speaking at the drinks giant’s market report launch last week.

In a world characterised by political, economic, social and environmental turbulence, the firm believes that activism is the new the buzzword in drinks advertising.

“With a very real level of expectation, brands and organisations will need to continuously innovate and adapt their experiences, ingredients and communications to ensure they meet the needs of this very discerning and powerful group.”

But the report didn’t just focus on the new consumer, and delivered some key insights into the rate of growth in both spirits and sparkling wine.

Click through to find out what we learned at the launch.

1. Change is getting faster

Managing Director Neil Barker started off proceedings by putting the pace of change in consumer interests in perspective.

“When we started doing these reports eight years ago,” he said, “the gin category was half the size it is now.”

His takeaway point is that trends will crop up and disappear much faster over the next decade.

“The pace of change is only going to accelerate.”

2. Activists are the new millennials

Trends will largely come from public opinion, rather than from changes to government policy.

According to the drinks giant, the new subgroup, which bridges the gap between millennials and generation Z, are aware of their influence online, and know how to put pressure on businesses and services they buy into to change their behaviour.

Activists, he added, are also digitally sophisticated. Unlike baby-boomers before them, they are able to source their own news, and are far less susceptible to health and ethical claims attributed to products which are often made by marketers. “They want brand transparency.”

Finally, this new and fast-growing audience wants businesses to actively engage with ethical issues. Consumers, William Grant & Sons found, are more likely to pay a premium for a product if it aligns with their own values.

Where straws were once a mere afterthought for pubs and bars, in mere months they have become a powerful weapon in the on-trade. Shortly after Planet Earth 2 aired on the BBC in 2016, social media erupted in unison against disposable plastics. Hotel chains Marriott and Hilton both announced they intend to phase out the use of plastic straws in their sites over the coming years, while London’s bars have been substituting their own straws with durable tools made from anything from stainless steel to uncooked pasta.

“The show changed everything,” said McRae.

Influence, he argued, is now “in the hands of the many, not the few.”

3. Cocktails on tap are the future 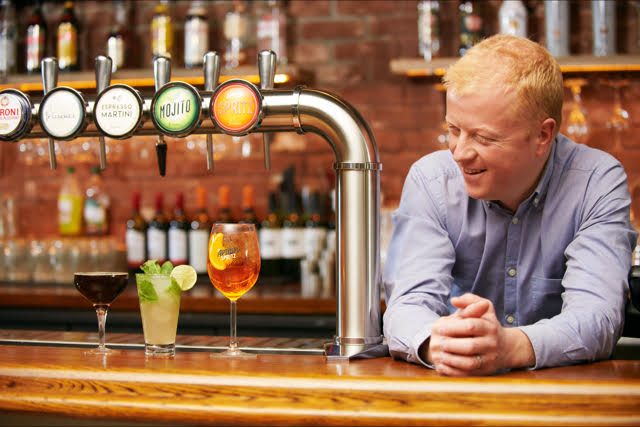 Draught cocktails have been cropping up a fair amount this year, with companies like Frizzenti securing partnerships with chain restaurants and bars across the UK, and this is largely the result of the growth of the spirits category in general.

According to the drinks giant’s data despite global alcohol consumption being in decline, spirits consumption has grown by 6% this year. In fact, spirits sales accounted for 50% of all those in the alcohol category last year. More than 80 new gin labels launched in since January 2017, and the category shows no signs of slowing. The number of new consumers buying spirits shows that consumers have a more adventurous palate, which is driving cocktail sales in bars, but the rise of mixology produces a new problem to be solved – waiting.

“Consumers want their experiences to be more efficient and as enriched as possible,” Billinghurst said. “They don’t want to wait in a queue for 20 minutes while their friends’ drinks are prepared.”

So cocktails on tap, which create mojitos, espresso martinis and Aperol spritzes in five seconds and under, are a valuable point of difference.  Billinghurst told the audience of industry insiders about a test project William Grant & Sons ran with its Scotch label Monkey Shoulder. A draught system serving Monkey Shoulder cocktails was set up at Soho bar 68 & Boston. Since it was launched, Monkey Shoulders’ sales at the bar rose by 500%.

“Consumers want value for money and they want something that aligns with their ethical and political views and is transparent,” he said. “And they want it fast.” 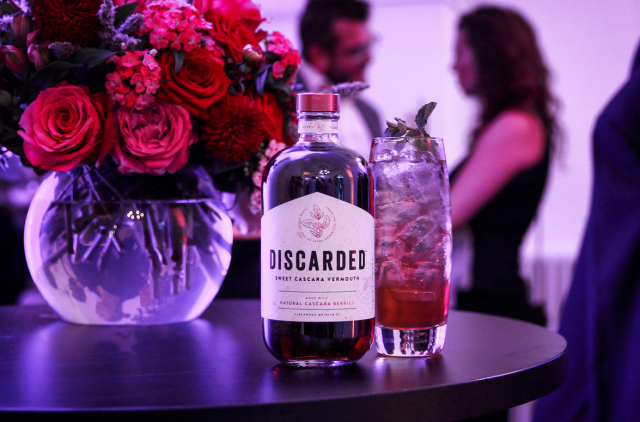 While sales of draught cocktails are on the rise, premiumisation is still the driving force in the spirits sector. William grant & Sons said that across the entire category, premium spirits are growing in sales at three times the speed of other whiskies, gins and vodkas.

At the same time, global alcohol copnsumption is in decline, while low and lower ABV cocktails, wines and beers are having their own moment in the spotlight.

Drinks brands, bars and retailers need to create lower ABV options that don’t feel like a substitution to the drinker. Asked how spirits labels can tap into the lower ABV trend, McRae told db that it was launching a vermouth — a popular cocktail base — to do exactly that.

“It isn’t necessarily about having a low ABV drink,” he said, “it’s about creating an overall healthier experience for the customer, which is why we think this vermouth fits in well with the current landscape.”

5. On-trade storm is only just beginning 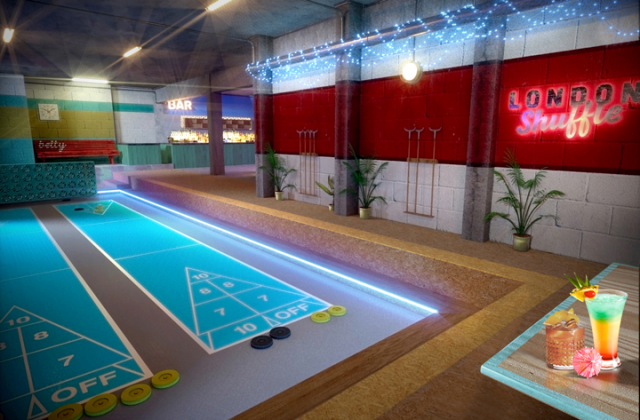 It’s no news that the UK’s restaurant scene is struggling, and the drinks giant believes that the storm is only just beginning for on-trade workers.

Earlier this year, 90% of restaurant owners surveyed believe their businesses will become “unmanageable” if rents rise as predicted in 2018, while 84% said they would be forced to either close down or move premises.

Meanwhile, the pub sector has also suffered from falling sales and closures.

Sales in pubs, bars and restaurants have fallen by 3.6% in the three months to the end of September last year, compared to the same period in 2016, according to British Beer and Pub Association (BBPA).

The drop in sales is equivalent to Brits drinking 35m fewer pints than they were last year.

Points of difference, Billinghurt said, will be crucial for survival in the on-trade in the coming years.

This doesn’t necessarily mean bar-owners should install bowling alleys in the back, but regularly rotating the wine, beers and spirits on offer could make a huge difference in the coming months.

“Our research shows that people are basing their outings on the range and quality of what is available,” Craig Greenburg, head of regional insights strategy, said. “We’re facing increased pressure from consumers.”