What is believed to be the world’s first gathering of winegrowers to discuss sustainable winegrowing practices met in Verona, Italy, today, reports Stephen Quinn. 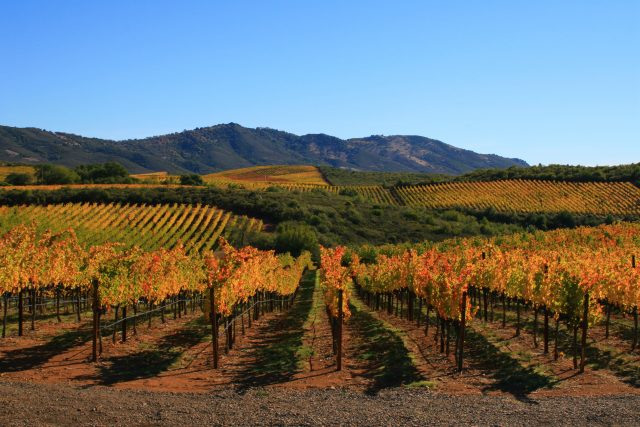 A consortium of a dozen organisations involved in sustainable practices known as the International Sustainable Winegrowing Network organised the event.

They included the Valpolicella Wine Board, the California Sustainable Winegrowing Alliance, Austrian Wine and Sustainable Australian Winegrowing. The aim is to hold the event in different countries each year. The opening meeting had a specific focus on new farming technologies with low environmental impact, and was designed to gain recognition for the global network.

Olga Bussinello, director of the Consortium for the Tutelage of Valpolicella Wines (the Valpolicella Wine Board), said it had become urgent to find ways to protect and conserve resources and the environment.

Bussinello said the consortium’s RRR protocol – Reduce, Respect, Retrench – announced two years ago was designed to protect the environmental balance of Valpolicella, the wine region known for producing Amarone. The meeting took place a day before the 50th anniversary of Amarone Anteprima, the annual release of the new vintage of Amarone, in Verona, the city of Shakespeare’s Romeo and Juliet.

Speaker Willi Klinger, managing director of the Austrian Wine Marketing Board, said sustainability meant different things to different people but noted that the business aspects were important. “We cannot be sustainable if we are not profitable.”

Making a vineyard organic was expensive but becoming sustainable could be less so. “Using a lighter bottle, for example, can halve the cost of bottles and make a big impact on the environment.”

Klinger said he was proud of the fact that 30% of vineyards in Austria were organic.

Steve Lohr, chairman of the California Sustainable Winegrowing Alliance and CEO of J. Lohr Vineyards, noted that California was the 4th largest wine region in world, with 250,000 ha. “California is very much in tune with looking after the environment.”

The alliance was formed in 2002 and Lohr said 75% of vineyards had done some form of sustainable self assessment.

Lohr defined sustainability as involving three Es: environment, economics and social equity. The last included how well wine estates treated their staff. “We find we get more support from our community because people feel that we are taking care of the environment.”

Lohr noted that US President Donald Trump “says climate change does not exist” but “as farmers we know it does exist”. Because of changing conditions, Lohr said, the Napa Valley was seriously considering whether it would be possible to grow Cabernet Sauvignon, which the area is famous for, half a century from now.

James Hook, an agronomist in McLaren Vale in Australia, was another speaker representing Sustainable Australia Winegrowing. About 16% of McLaren Vale vineyards had been certified organic, he said.

“Because Australia is such a dry place, we have to manage water carefully. Economics have forced us to be very careful with water.” McLaren Vale was the first region in Australia to adopt the group’s sustainability criteria.

“McLaren Vale has vines that are more than 140 years old which must be protected. Heat waves are our main issue with climate change.” Vineyards managed by adapting canopy systems, and planting vines from southern Italy that could cope with extreme heat.

Stephanie Bolton, director of LODI Rules for Sustainable Winegrowing Commission in California, also addressed the audience of about 1,000 people. Her organisation began in 1992 when local growers chose to tax themselves to pay for sustainability. More than 200 growers had become certified since then, many using online self-assessment tools. “We plan for the next 100 years, not just the next few years.”

California had introduced a major education program for growers for saving water and she noted that cover crops represented an excellent way to conserve water and ensure vines were properly irrigated.

Elsewhere in Verona VinNatur organised a media event for journalists visiting the city for Amarone Anteprima. VinNatur was established in 2006 to counteract what president Angiolino Maule believes is the poisoning of the environment through excessive use of chemicals.

Europe has about 115 million hectares assigned to agriculture. Only 3 per cent of this land is devoted to making wine, but 18 per cent of the chemicals used in agriculture are involved in the winemaking process, Maule said.

The association advocates for making natural wine, the name given to a product “derived from a healthy agriculture which rejects the use of pesticides, herbicides and fertilizers,” Maule said.

In conventional viticulture it is possible to use up to 180 active pesticides and another 140 chemicals in the cellar during wine making. It is not necessary to declare any of these chemicals on the label, Maule said.

Over the years VinNatur has gradually increased membership from 65 wineries in 2006 to almost 200 today. The headquarters are in Italy, with members in France, Spain, Portugal, Austria, Germany, the Czech Republic, Slovakia and Slovenia. All producers seeking to join VinNatur agree to have their wines analysed to check for as many as 88 residual pesticides. The aim of the tests is to ensure authenticity of wines and coherence with VinNatur’s principles.