Wine lists can be an unfathomable minefield of names, numbers and regions to the uninitiated, even to the seasoned pro, so any tips that might help one navigate their way through a lengthy list and to a winning wine are welcome. 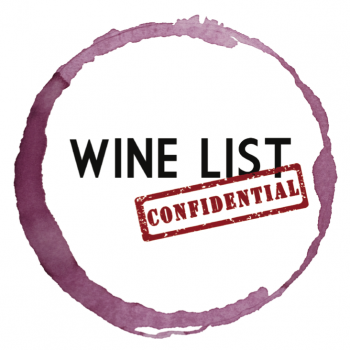 For the most part, the vast majority of consumers will cast their eye over a list, match a suitable price with a region or style they are familiar with and end it there. Why suffer the pain and indignation of plundering through a list of intimidating terms and spiralling prices?

In truth, many might feel out of their depth when scouring a list, and many more compelled (somewhat blindly) to plump for the “second most expensive on the list” – a mantra that has at least helped to make the experience less laboured. But this approach limits the fun of exploring a list that a sommelier will have arduously compiled. What’s more, restaurateurs are onto it, and, if you are to believe the rumours, will in some cases increase the margins of the wine directly above the house wine as a result.

So how should the average consumer hope to navigate a list, and how can wine professionals help to make their experience at a restaurant more pleasurable, not to mention profitable, for all of those concerned.

Wine List Confidential, published by the drinks business, offers an individual guide to the wines on offer at the best restaurants in London, giving you a cheat sheet to some of its better value, most exciting wine selections, as well as an insight into a restaurant’s key focus and the regions most likely to be well represented, so you’ll have a head start on picking a place whose wine list you are likely to get on with.

It is the first platform to rank London’s restaurants on the strength of their wine list alone, allowing wine lovers to quickly compare the wine offer in restaurants whatever the food and format. Restaurants are graded on a 100-point scale based on five criteria: size, value, service, range and originality. The first Wine List Confidential: One to Sixty-One guide was published last year. We are currently working on a 2018 edition and are re-reviewing top-scoring restaurants and adding new entries to the database. During this time, scores are subject to change, with a full guide set to be published in May 2018.

The job of a good sommelier is to make the diner feel at ease and well looked after. Being rushed, or rushing yourself, to select a wine from a list that in some cases could span up to 20 pages isn’t the idea.

Such lists are intended to be devoured and studied – a reflection of the time it has taken by a sommelier to bring it together. Ask for an aperitif, or simply for more time, but don’t pick a wine without the proper care or attention.

Many wine professionals offer this piece of advice, believing that often the most interesting, one-off bottles are featured at the back of the list, rather than at the front. It does have some merit, but is a strategy perhaps more useful if the list if particularly long and you are unlikely to make your way through the whole thing.

For one, new world options tend be come second, so starting from the back allows you to check out the competition as a benchmark, before comparing to the Old World counterparts. This way you are more likely to hunt out the better value wines first, rather than plump for wines that are considered familiar and classic, which are usually positioned at the front of a list to help the wary consumer, but which don’t necessarily better value.

In theory, you are more likely to find something more interesting this way than if you had picked something off the first page, however it is by no means a bulletproof strategy.

Unless you have the cash to splash on a DRC or Petrus, such big names are generally off limits before you even pick up the list. In any case, such wines, even those less lofty but still notable, are likely (in most cases) to be overpriced, with restaurants knowing that the big names will always attract a sale or two. Chianti and Barolo are other examples, as are Burgundy, Bordeaux and Champagne. Generally, a particularly pricey bottle should be bought and enjoyed at home rather than in a restaurant, or brought to a restaurant that offers corkage. By all means stick to a reliable style or producer if you know what you are looking for, but restaurant wine lists offer the chance to try something quirky and unusual, and seeking out lesser-known regions, or producers, can be more rewarding than familiar favourites.

Wines from much of southern France, particularly the Languedoc and the Côtes du Rhône, and emerging regions such as Romania and Hungary, are producing increasingly good quality wines at the lower end, and are worth looking out for. Southern Italy is another good bet, particularly for its whites, although prices are creeping up as word gets out. Argentina and Chile are New World heavy weights that provide reliable and consistent wines in the middle ground, often, but not always, offering full-bodied, fruit-forward reds that will please a crowd. If you look hard enough within any region you will find lesser-known wines from producers that might not have the same clout as the biggest names, but will more often than not be of equal quality and of greater value.

If in doubt, ask for help

As with asking a stranger for directions, asking for advice about wine from a sommelier can be seen by some as an admission that we don’t know what we are talking about. Which is silly, really, as that is 99% of a sommelier’s job.

To the trained sommelier, an engaged and curious consumer is what makes the job worthwhile. Sommeliers love to share their knowledge and passion for wine with their customers, especially over a list that they have most likely had a hand in curating. Even those well versed in the world of wine should not refrain from asking for advice, with sommeliers often the most direct route to the best tips, able to point you toward the better vintages, bin ends or one off special bottles that could be available.

Describing a style or country that you are already are familiar with and enjoy will also go a long way in helping a sommelier guide you to a successful purchase.

Be clear about your budget

No sommelier should make it their goal to coerce a consumer up the price ladder, once a budget has been clearly stated.

Not only is it bad form on the sommelier’s part, but it’s potentially embarrassing for the host of a table to have to refuse, or begrudgingly accept, a bottle of higher value to save face before his guests. It is the job of a sommelier to find a wine to your taste and within your budget. Being clear on your budget helps both parties.

Say it loud, say it proud.

While the purpose of a swirl and sniff before serving is customary in restaurants, it is largely to ensure that the bottle isn’t corked, rather than to check if you like the wine. At this point a full bottle has been opened, and generally speaking unless it is faulty it’s yours to drink. Some restaurants may have differing policies on whether they would allow a bottle to be returned on the basis that you simply don’t like it, but it is at their discretion.

To avoid confusion, it’s perfectly reasonable to request a sample taste, especially if the wine is available by the glass and there is likely to be a bottle already open, before you commit to a bottle. The vast majority of sommeliers shouldn’t have a problem with this. Restaurants are less likely to offer a full bottle to taste without a commitment to purchase if they are unlikely to be able to sell the remaining wine by the glass.

Again, it is at the restaurant’s discretion, but scores highly in the service department.

A common belief that wines by-the-glass should be avoided has pervaded the industry in the past, with the cynics among us believing that in many cases these wines are either cheap table wine, or bottles that the restaurants want to sell of quickly due to minimal uptake on full bottles. Furthermore, it makes sense to buy by the bottle, as it almost always offers greater value than buying the same bottle by the glass. While this is the case at many restaurants, the dawn of Coravin and a carefully curated, rotating list of by-the-glass wines has made this risk negligible at the vast majority of restaurants.

In many cases, restaurants pride themselves on their by the glass offer, giving it as much thought as its full list, offering punters the chance to taste a selection of wines at a comparable, if slightly higher, cost of a full bottle. Take Les 110 de Taillevent in London for example, which as its name suggests, offers 110 wines by the glass. Likewise, 67 Pall Mall, like many London restaurants now uses Coravin to great effect. While it offers some 500 wines by the glass as standard, should members wish they could order a glass from the club’s 5,000-strong wine list, with its by-the-glass offer ranging from £7 to £667. 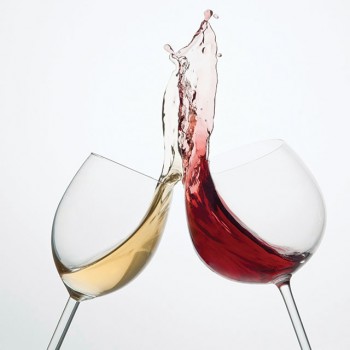 Wine is meant to be enjoyed, shared with friends, over food or on its own. So you splurged on a bottle you didn’t absolutely love. Disappointing, perhaps, but chalk it up to experience and piece of vinous knowledge gained.

In London, more so than in many cities, there is an opportunity to explore wine regions and producers that is just not possible in other cities, offering a window on the world of wine too good to pass up with its restaurants offering a moveable feast of wines. Have your wits about you, but keep exploring and seeking out new wines, after all, the hunt for the treasure is all part of the fun.