Who doesn’t want to drink like Don Draper or Jay Gatsby? We’ve compiled a list of five times our drinking choices have been influenced by our favourite film and TV characters.

Last week Aldi credited the return of gritty historical drama Peaky Blinders for a surge in its whisky sales, with 395 bottles of the stuff reportedly being sold every hour.

Cillian Murphy’s Thomas Shelby is not the only fictional character to shape the way we drink. Brands clearly realise how both the big and small screens can make their products cool, with a study last May finding that alcohol product placement in films had doubled over the last two decades. And it works: I only started drinking White Russians to emulate Jeff Bridge’s ‘The Dude’ in the Coen brothers’ classic The Big Lebowski.

Read on for five alcohol trends sparked by our favourite films and TV shows.

Lost in Translation and Suntory whisky 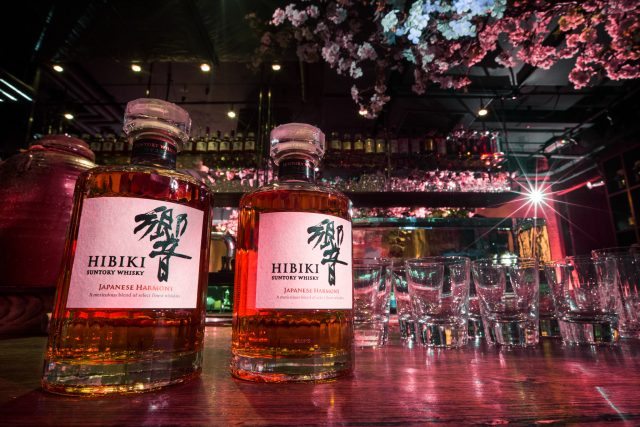 It’s not the most glamorous product placement: Bill Murray’s dead-behind-the-eyes actor selling out for a schmaltzy ad for Suntory whisky in Sofia Coppola’s Lost in Translation (2003). Suntory have been producing quality whisky in Japan since 1920, so you’d imagine they’d see the film as a bit of an insult. However, the much-loved movie may have had a hand in the Japanese whisky revolution which followed in the years after its release.

In the same year as Coppola’s movie, Suntory’s Yamazaki 12 Years whisky was the first Japanese whisky to win a gold medal at the International Spirits Challenge. Despite this, Japan was still looked down upon as a whisky-producing nation by many drinkers.

The seeds of the growing popularity of Japanese whisky were already sown, but Bill Murray’s classic line: “For relaxing times, make it Suntory time” may have made the drink cool in the Western market. Suntory’s brand ambassador told Men’s Journal in 2015 about his experiences of asking for the Yamazaki at LA bars. He said: “You just have to say ‘Suntory time’ and they’ll pull [the whisky] from behind the counter.”

The inclusion of the whisky in the film was a subtle dig at Coppola’s father, iconic director Francis Ford Coppola, who featured in a Suntory commercial in 1980. Suntory wasn’t informed about the inclusion of their whisky in the film until the last minute, but thankfully the film proved a stroke of luck for them. Coppola and Murray probably played a small part in making Japanese whisky cool in the West. 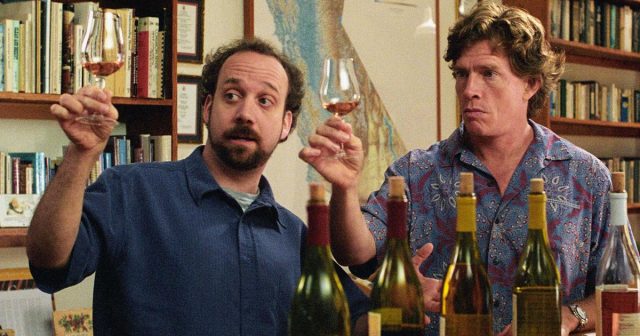 2004’s Sideways centres on two friends hitting the road to sample some Californian wine. In what has to be one of the film’s most classic lines, Paul Giamatti’s unstable vino fanatic Miles Raymond screams “If anyone orders Merlot I’m leaving. I’m not drinking any f*cking Merlot!”

The wisdom of taking an unpleasant fictional character’s rant to heart is questionable, but it’s believed some drinkers started to avoid the grape after seeing the film.

“It was just a joke,” director Alexander Payne told USA Today. “But it sort of became the equivalent of 1934’s It Happened One Night, when Clark Gable removed his shirt to reveal no undershirt. Reportedly sales of undershirts plummeted.”

The film’s impact on Merlot was actually relatively muted, with the wine already in steady decline before the film was released. Its greater impact was on Pinot Noir sales after Miles waxes lyrical about the grape.

“Only somebody who really takes the time to understand Pinot’s potential can then coax it to its fullest expression,” Miles says in the film. “Then, I mean, oh its flavours, they’re just the most haunting and brilliant and subtle and ancient thing on the planet.”

The ultimate irony of Miles’s outburst of course is that his most treasured, ‘unicorn’, wine, a 1961 Château Cheval Blanc, is largely composed of Merlot (and Cabernet Franc).

Sex and the City and Cosmopolitans 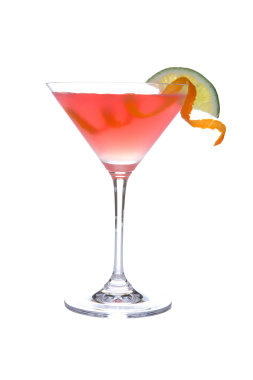 Sex and the City’s effect on the popularity of the vodka-based Cosmopolitan is well-documented, with few cocktail menus leaving off a mention of the iconic TV programme. The drink is inextricably tied to the show, with Sarah Jessica Parker’s Carrie Bradshaw once placing a takeaway order for, “a cheeseburger, large fries and a Cosmopolitan”.

Lucy Bradshaw, a Brit who rose to fame as a bartender in the US, told Munchies about the Cosmopolitans dominance in the Noughties. She said: “It had a whole like, girls’ night out, ‘Ooh, let’s have Cosmos!’ mentality.”

Nowadays Cosmos have fallen out of favour. Brennan said: “Would you order a Slurpee? It just doesn’t appeal to people anymore.” A bit harsh. I remain a devotee of the Cosmo, despite my order regularly raising questions about my masculinity.

Was there ever a trendsetter like Jon Hamm’s Don Draper? The dapper 60s advertising exec from AMC’s Mad Men had a marked effect on fashion, but his choice of whisky also made its mark.

Thanks to Don Draper ordering it by name in the show and a Mad Men-esque advertising campaign with the tagline “damn right your dad drank it”, sales of Canadian Club whisky began to recover from a 17 year slump. The whisky also appeared on Prohibition era drama Boardwalk Empire.

A spokesperson for Canadian Club Whisky told AV News that the show “had a huge impact on the brand. People are talking about it again.” If Don Draper is drinking your stuff, why wouldn’t it fly off the shelves?

The Great Gatsby and cocktails 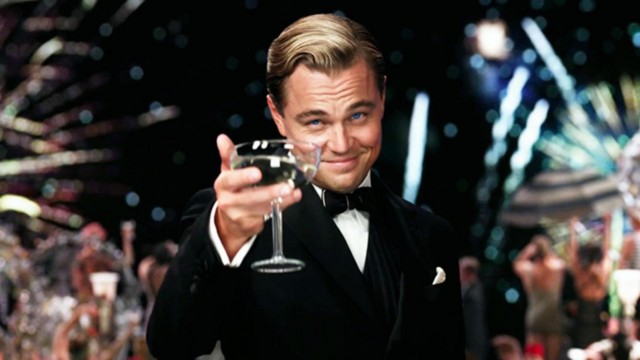 Most likely if on a night out around 2013-2014 you couldn’t move for 1920s speakeasies and Gatsby-themed cocktail parties, and this is in part down to Baz Luhrmann’s 2013 adaptation of the literary classic.

F Scott’s Fitzgerald’s novels were largely responsible for glamourising the image of the Twenties as ‘the Jazz Age’, and they took on a new cultural relevance when Leonardo DiCaprio took on the role of the suave but mysterious Jay Gatsby.

In the summer that Luhrmann’s movie was released, the promotional fanfare got drinkers to reach for their cocktail shakers. Waitrose saw a dramatic increase in its spirits sales: bourbon was up 31%, vermouth 20% and gin 23%.

The retailer attributed the surge in sales to shoppers aiming to recreate Gatsby’s infamous parties in their own homes. Since then Gatsby has continued to have such cultural capital that slapping it’s name on a glassware set or glitzy party can’t help but improve it.