Crime Stoppers and WSTA have teamed up to launch their Christmas campaign warning consumers against the dangers of counterfeit spirits. 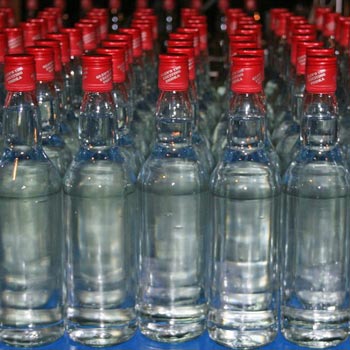 Fake spirits such as counterfeit vodka, which may include anti-freeze, cleaning fluid, charcoal and/or nail varnish remover, can seriously damage your health and lead to black outs, blurred vision, short-term sight loss and even death in extreme cases.

Fake alcohol is a real concern, with HMRC seizing 50 million litres of counterfeit alcohol in the UK. We all love to get the best deal on alcohol, but booze which is sold without the necessary checks and taxes could also undercut profits in local stores and hurt small businesses.

Crime Stoppers has released a check list of signs to help people spot fake vodka. Among the signs to look out for includes spelling mistakes and grammatical errors on the bottle, a seal which is broken or poorly made, badly printed labels, counterfeit duty paid sticker or no sticker at all, and fake bar codes which can be checked via authenticity apps. If it’s too cheap to believe it’s probably a bad sign!

If your vodka smells like nail varnish, if it tastes horrible and/or if it contains sediment, throw it away.

Excessive consumption of fake vodka can have a shockingly quick effect in any case, but if you or your friends feel strange of very unwell after drinking vodka, especially if a number of people have the same symptoms from the same vodka bottle, you are advised to seek medical help and, when it is safe to do so, report the counterfeit bottle to Crime Stoppers by calling them anonymously on 0800 234 6388.