Husband and wife MW duo Susie Barrie and Peter Richards have teamed up with English wine estate Hattingley Valley to produce a sparkling wine for charity and are now calling on the public to help them name the cuvée and pick a worthy cause to benefit from its sale. 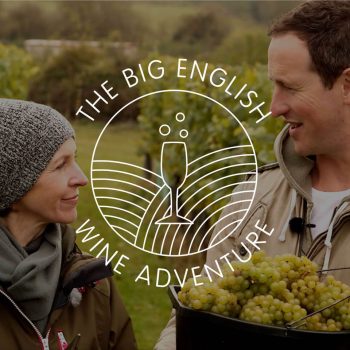 Billed as ‘The Big Wine Adventure’, the partnership began last year, when Susie and Peter began work with Hattingley Valley to produce “a top-notch, small-production Hampshire Blanc de Blancs” from the 2016 vintage.

“The project is intended to be fun – but also fundamentally collaborative in nature, working to benefit good causes,” said Susie Barrie MW. “We want to help people get more involved in the process, as well as make some noise about the fantastic job being done by the many brilliant winemakers in this country – and we’d like to thank Hattingley in this regard. Primarily, though, our aim is to make an utterly delicious wine.”

The blanc de blancs has been produced from grapes grown primarily in the Test Valley near Winchester, with its base wine part-aged in oak and destined for long ageing on lees and under cork. Its release is pencilled for 2021/2022, with Susie and Peter now asking supporters to help them to pick a charity to benefit from the proceeds of the wine, as well as pick a name for the cuvée. The label and packaging will be designed in collaborative with local students.

“We’d love to hear from people with ideas for charities we could support that are close to their heart,” added Peter Richards MW. “As for the wine name, we’re looking for inspired suggestions and hopefully we’ll come up with something a bit more original than Winey McWineFace.

“We’ve already had some great shouts, which have proved both amusing and thought-provoking, and we look forward to many more.”

A final decision on which charity to support will be made once all votes are in, with Susie and Peter randomly drawing a name from those who proposed this charity to receive six bottles of their wine. The same process will apply to the selection of the wine name.

Susie and Peter have produced two short films documenting their efforts at harvesting and blending, with more videos set to be produced throughout the process.

All proceeds from the sale of the wine, once costs have been covered, will go directly to the chosen charity.

To put forward a suggestion for a name or charity click here.